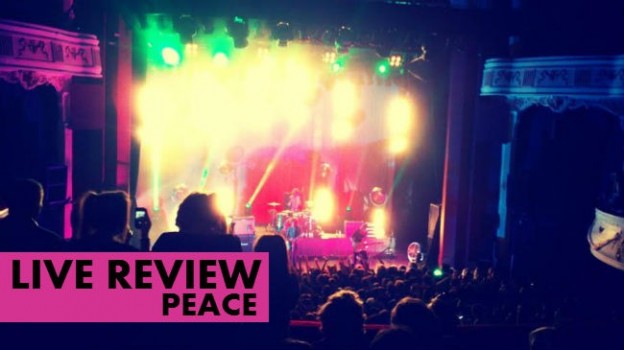 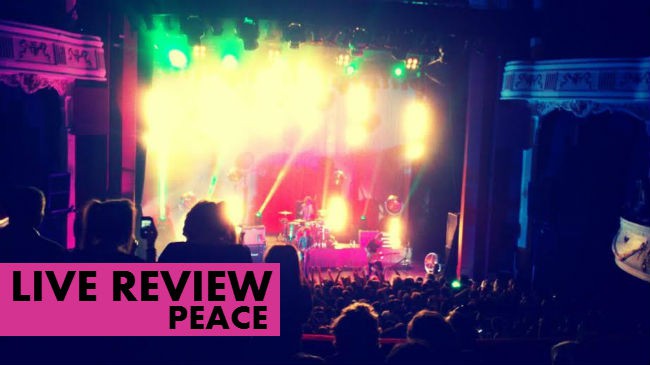 Bundled onto the central line, it wasn’t hard seeking out the horde of ankle-bearing indie lovers making their way too to Shepherds Bush Empire. With Superfood and Drenge supporting, the crowd was electric by the time Peace graced the stage.

The band didn’t stop for much chitchat; instead they made sure all the favourites were covered, California Daze, Wraith as well as treating us with never before heard live songs. 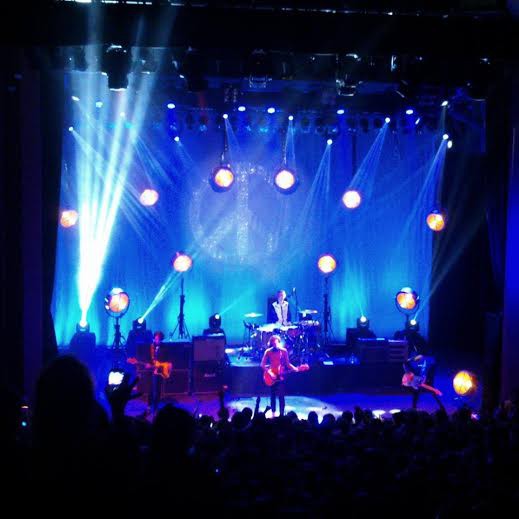 The trademark swirling guitars and storming drum fills is what makes Peace’s tracks sound so retro and cool. And live, their nostalgically classy melodies are brought entirely into the present, giving everyone truly spectacular renditions.

‘Is it too early for Christmas songs?’ asked lead singer Harry as they plunged into a cover of Last Christmas. In true Peace style they pulled it off amazingly, the whirring riffs and wistful soaked harmonies had the whole room swaying, arms around one another.

The festive cover was the cherry on top of a heart-warming performance from this band; with immeasurable musical talent and belters of songs, we’re sure that no one walked away disappointed!