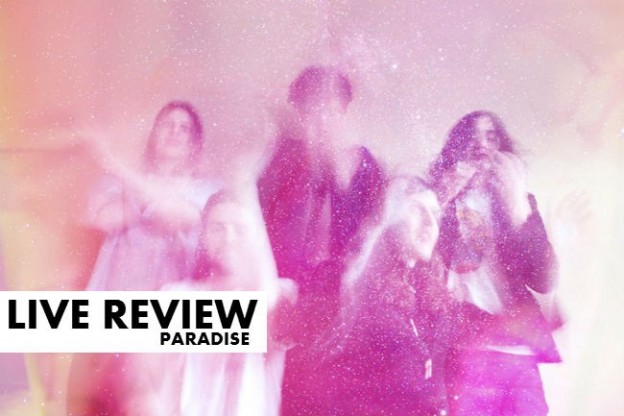 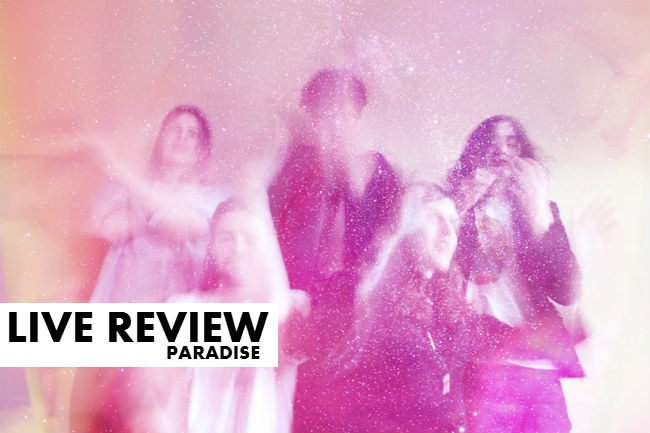 There was an especially hip crowd in the Shacklewell Arms that night. You could hardly move for OBEY beanies. The release of Paradise’s double A-track single “Stars Shine Bright” and “I Can Feel Your Love” via Dirty Bingo records has obviously garnered the attention of the Dalston elite, and why wouldn’t it with positive comments from figures like Annie Mac and NME?

The gig began with support act Relics. Back from a three year hiatus, the night saw the London-based group take to the stage in a burst of shoegazey lo-fi. The ballsy trio blasted out scuzzy but sweet riffs with an energy that surprised and entertained. Songs like new track “Ease” drew particular interest from the crowd and could not have contrasted more with the beachy sound of main act Paradise.

Paradise took to the stage and the crowd began to move. Their trademark sunny sound and electronic beats are chilled and yet engaging. And is there anything catchier than surfer guitars and synths? In their better moments they have echoes of Lemonade and maybe even Animal Collective. If trippy pop music is what you’re into then Paradise could be the soundtrack to your next dreamy disco.