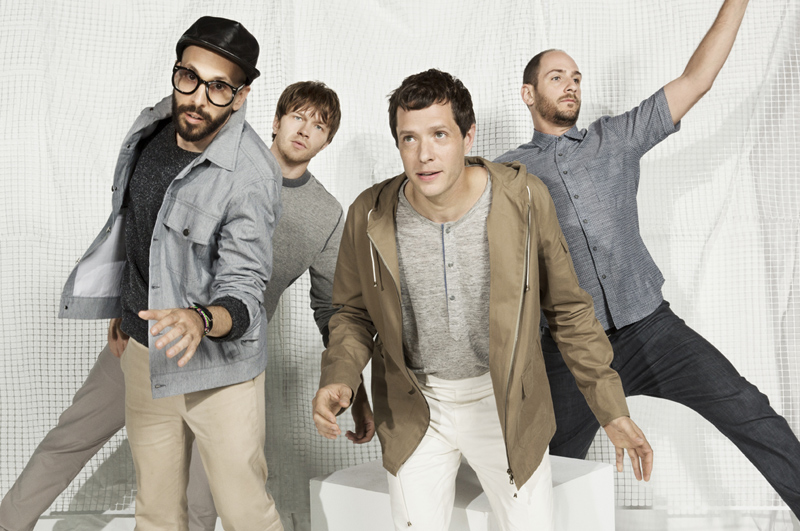 Ok Go hit up Koko in Camden last night, to the benefit of everyone in London who had been feeling a lack of confetti in their life, during their brief trip around Europe and Asia. Touring Hungry Ghosts, their fourth studio album since forming as a band sixteen years ago, Ok Go have been honing the art of LA pop-rock.

Friday the 13th saw Damian Kulash and co. open with a track from their new album and, with a slight move toward a more electronic style, the tracks were lapped up in the party atmosphere, helped by being spread among sixteen years worth of hits.

Confetti would set the tone throughout the show, as would Kulash’s college-party style banter which he delivered from stage to 1400 people instead of to a group of three guys at a house party by the pool. Kulash responded to a request for a song with “We fucking don’t know how to play that anymore,” and turned down a marriage proposal from the crowd explaining “while I’m single I’m not technically single because my divorce hasn’t gone through yet so, no.”