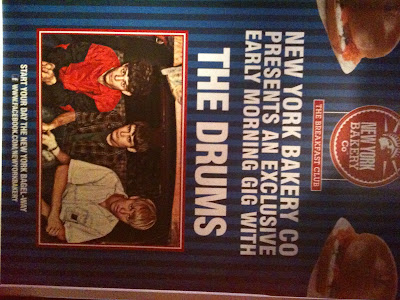 Front man Jonny Pierce hoped that the crowd enjoyed the bagels as much as the show as they brought back a song they had not played in a long time to treat those present with probably the song of the summer a couple of years ago, yes the monster single ‘Let’s Go Surfing’ that propelled The Drums into super stars practically overnight. There most recent single ‘Days’ brought yet more excitement to the packed out basement bar. ‘We went to the NME awards last night and well….well we’re here now’ brought a chuckle over the room said a smiling Jonny before the band played their final song of the morning ‘How it ended’.

What a great way to start the day, breakfast with the drums, the first time we’ve ever watched a gig with a cuppa!