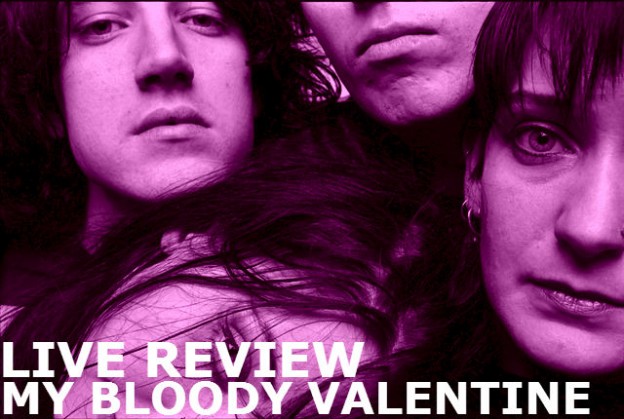 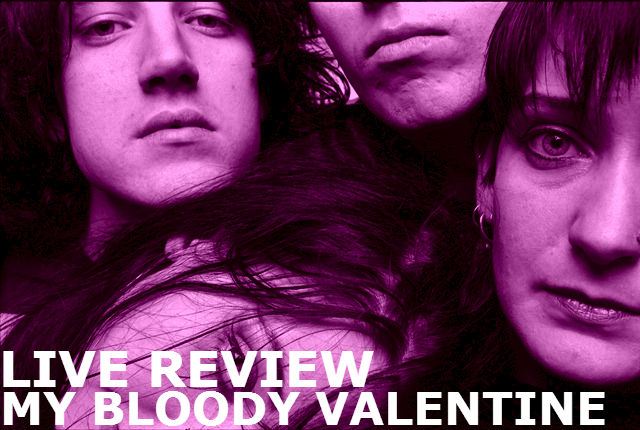 You know when a band like My Bloody Valentine are back because your ears are ringing for about three days afterward. We am joined by many older men (and very few women) salivating into their beards at the prospect of hearing some of the new material that’s been 22 years in the making, but things don’t exactly go to plan, at least not to start with.

The band start with a new track but the mix was terrible and all that cut through were keyboard and guitar. At first listen, it sounded as you’d hope, familiar enough to relate to ‘Loveless’, but more developed, thicker, although it’s hard to say.

Kevin Shields’ guitar sound may be why we’re all here, but it overpowered the rest of the band and the set seemed to struggle, especially as they hardly started off with their best material.

Things turned around about halfway through, when they played ‘Only Shallow’ and the thick wall of sound started to blend together properly rather than its elements fighting against each other and the band started to relax into things more.

The climax of ‘Soon’, ‘Feed me With Your Kiss’ and ‘You Made Me Realise’ was the hammer to the head you’d expect, and tonight the material from Isn’t Anything sounded better than the songs from Loveless, a few teething problems but after three years away, its to be expected. The beast is awakening, make sure your ears are ready…