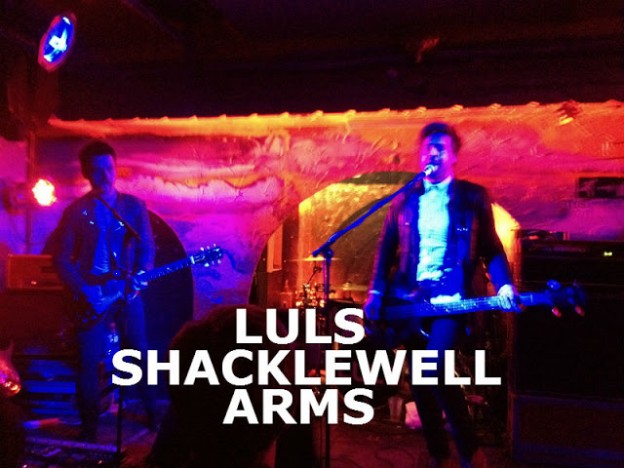 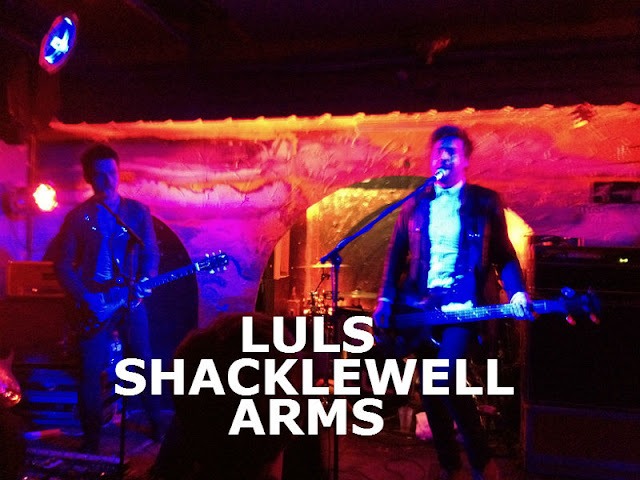 There was a swift air of excitement in the Shacklewell Arms this Monday night, it’d been a strange day, the sun had been out and it wasn’t that cold. A sure sign of a change, and maybe this is why we were here in this east end boozer awaiting a show from our Band of the Month, LULS. For them this is the first night of tour, their second single launch and third show of the year and what could be an awakening for indie guitar music. Making quite an impression in such a short space of time these boys have made impressive ground and before you say ‘here we go again’ we’ll just stop you there. Hype is a dangerous word, it shatters expectations and ruins bands. But well, with tracks as good as the double A side single ‘Swing Low/Young‘ it’s pretty safe to say they know how to write a tune or two.

‘Never Let It Go’ being their second single is another example of the towering production, big hooks and exciting soaring vocals that had made up their ‘trademark’ sound. The big test is how they pull off their live set. It’s fair to say it’s busy inside, packed more at the back but there are still people right up and in front of the monitor speakers. ‘How tall is this guy’ our co-blogger says eyeing the position of the mic stand, we’ve heard he’s a bigg’en, ‘he must be a giant’.

As Luls take to the stage the audience begins their applause with shouts and whistles coming from all angles, there’s clearly a lot of love in the house. Opening with the current single ‘Never Let It Go’ they blast straight on to both tracks from their first release, that’s three singles in a row, an epic and upbeat start. It provides a real momentum for the band, the audience is instantly familiar with the few songs they have available and their stage presence is strong, it’s energetic with bassist Adam Prendergast swinging about like he’s listening to Nirvana alone in his bedroom, plus his vocal is pretty powerful. Guitarist Shaun Paterson taking the baritone vocal makes for quite a chant, along with young bleached haired drummer Ben Niblet joining in the wall of harmonies.

The set is the right length to leave you wanting more, and with the unheard material sounding big, hooky and exciting it’s something we’ll be wanting to see again, b-side ‘sympathy or love’ an outstanding track along with ‘Call Out’ an epic upbeat frenzy of a tune. Now we’re not saying Luls are perfect, they are two singles in and will no doubt improve and develop. They are hungry, powerful and epic and its great to see…go see them soon. You’ll see what we mean.