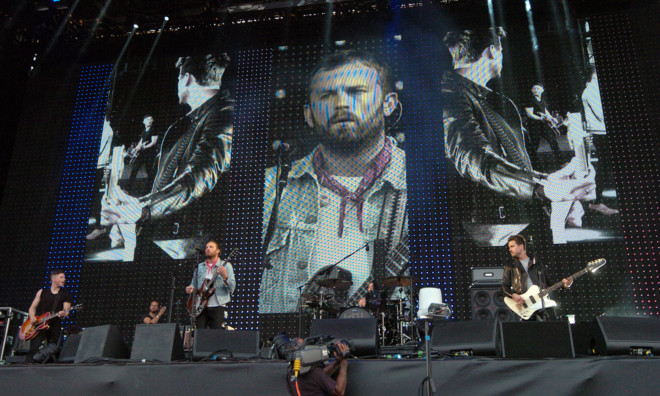 Wellp, there’s no denying it anymore at this point – Kings Of Leon are bona-fide superstars, simply owning last months Milton Keynes National Bowl show and every single one of the 50,000 punters in attendance who flocked to hear the band’s bluesy brand of southern rock (radio-style, of course).

With an altogether nice mixture of older and newer material, Caleb Followill and his band of brothers (plus cousin, Matthew Followill on guitar) ploughed through two hours’ worth of songs spanning from Youth And Young Manhood (2003) right up to their most recent album, the 2013 Mechanical Bull, touching on their most popular singles along the way. And while it’s expected that the brand new tracks get a huge airing – and, man, does Mechanical Bull sound great in a live setting – you can see the crowd’s eyes light up and their ears perk up every time Kings Of Leon start playing songs from 2007 and 2008.

Yep, it’s Because Of The Times and Only By The Night that get the overwhelmingly positive response out of all the other albums the guys cover, with tracks like the ever-atmospheric (and looong) Knocked Up sending some serious shivers down the spine and Fans getting just about every single one of the 50,000 heads here bobbing along to the bouncy guitars. But it’s gorgeous ballad Cold Desert from Only By The Night that takes the cake for the most memorable moment of the entire show, as the entire Milton Keynes stadium transforms itself into a sea of electric fireflies (50,000 phones swaying as the sun sets), serving as a reminder of why Kings Of Leon currently sit among the ranks of the biggest bands in the world.

Otherwise, word has it that this in fact happens to be the most lively and interactive show the band has played…Ever. With a solid reputation for being quite mechanical themselves, Kings Of Leon communicate here and there (rarely) with the audience throughout the set, though the same can’t be said amongst one another on stage (none). Basically, you can’t help but wonder to what extent the band has become a day job for these guys, the vibe given off being somewhat let’s-just-get-it-over-and-done-with. That said, overall Kings Of Leon are incredibly tight and professional musically, the tracks themselves sounding pretty much the same as what you get on the studio recordings, which is arguably always a solid sign of a good band. 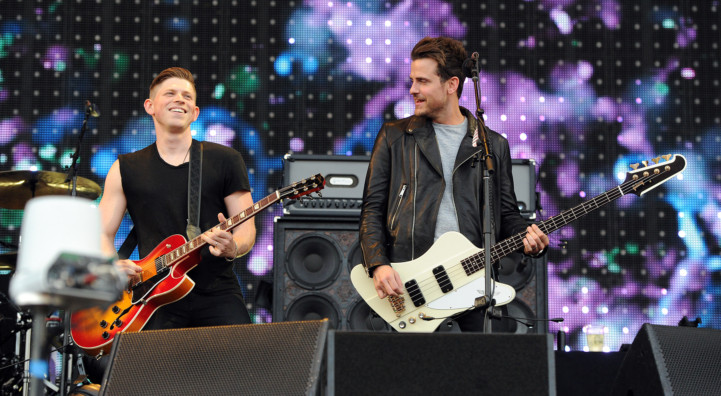 Finally, and about two hours later, Caleb and co. are done for another night of the Mechanical Bull Tour, as they belt out encore Sex On Fire with minimum emotion, expression or interest, to be completely blunt. Yes, it was the song that pushed them into the mainstream and changed their lives forever – but, no, they clearly don’t want to play it and it’s all in the body language and dull look on their collective face. And while the show tonight is overall a success in terms of reception and sonic quality, visually it’s by no means a blink-and-you’ll-miss-it affair. Funnily enough, in fact, it’s ‘the other guy in the band’, Matt Followill, who provides the most rockstar moment of the night, opting to play his guitar with his teeth, no less, on the track Closer. Overall – amazing sounds, boring presentation.