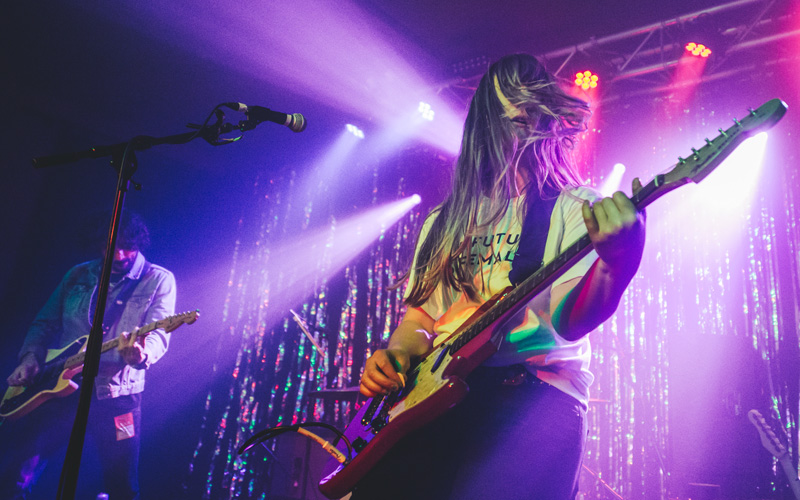 With a knack of creating a tune that set’s up home in your head for a while, Kid Wave are indeed in tune with how a good melody works. It’s not just the choruses, it’s the melody in the music, the guitar lines, the backing vocals, they cut through and stands out which is why this sold out show is full of people soaking up the experience. The London via Sweden four piece are fronted by Norrköping singer Lea Emmery who’s nonchalant hushed vocal is effortlessly cool and further ads an interesting dynamic ti the boy, girl, boy, girl set up. Besides the brash wall of sound Kid Wave push to the limit, there is the junxtaposition of a more tender side. If Kid Wave were an animal, they’d be a wolf, mysterious, snarling, vicious when they need to be…but they are smart and are force to be reckoned with.

Singles Wonderlust, Honey and Gloom all got feverish responses and Lea thanked the crowd for making it down on a hurrendus Sunday evening instead of staying in and watching Making a Murder, from the stage sporting a ‘The Future is Female’ T-Shirt. Currently working on album number two, we’re sure we’ll see Kid Wave again in the Summer.