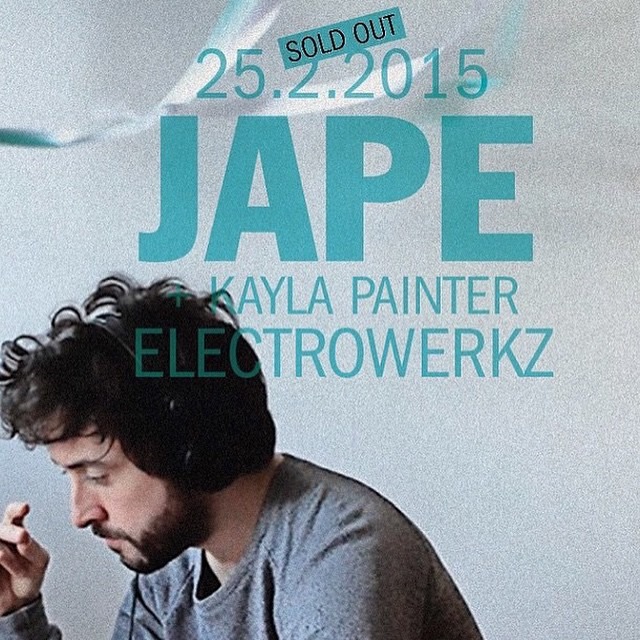 There is an air of anticipation in Electrowerkz as a sea of eager fans await Richie Egan and Co to take the stage. Jape returned to London to showcase their new album “This Chemical Sea” and their previous hits. The crowd erupts as the band take the stage and a wave/rave of dancing ensues as the boys dive into the back catalogue under backlighting. Slinky synths precede the bands second track “The Hearts Desire” and much like the lyrics suggests the crowd are both at peace and war.

The lads transform “Metamorphosis” into a drum driven animal and let it loose on the crowd much to their delight while in contrast “Absolutely Animals” has the crowd tamed as they sing the chorus back to Richie. The Audience becomes one fluid movement as “Seance of Light” submerges the congregation in piercing synths and an unforgettable chorus. Richie cracks a smile as the intro of “Floating” slowly takes off and buoys the flock with it, and it really does feel like floating.

“This Chemical Sea” is out now on Faction Records

CHATEAU DENMARK TO OPEN IN SOHO (48)