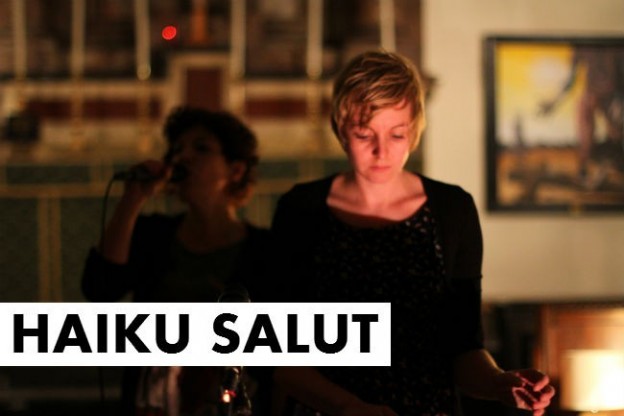 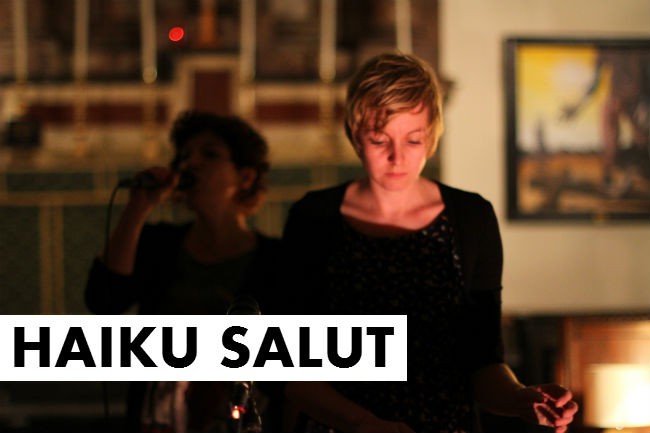 If spending the evening marvelling at electrical currents in a church doesn’t sound like a rocking Saturday night, you might need to rethink your definition of a good time. Not that it was the environment or the accompanying lamp show which made folktronic trio Haiku Salut’s gig at St John on Bethnal Green on Saturday so magical, it was their ‘Holy shit!’ reaction-inducing level of talent.

The Derbyshire trio who use instruments including ukeleles and glockenspiels to create ‘Baroque-Pop-Folktronic-Neo-Classical-Something-Or-Other’ added the extra element of a light show to their sold-out show on the weekend. Featuring household lamps programmed to flicker, flash and fade in time to the music, the audience were spellbound, not only by the lighting (we can proudly declare that we love lamp) but by the ease with which the band members were able to switch between countless instruments and even share them without missing a beat.

Grade 1 listed building St John on Bethnal Green provided a serene and at times, slightly eerie backdrop. If the fact that we were being sold G&T in a can by a member of the church community group didn’t give away that this wasn’t your average gig, the merchandise stand which included items such as ‘Bladerunner inspired origami unicorn pins in matchboxes’ certainly did.

This sense of quirkiness permeated throughout the evening. From watching the trio share a single piano for Watanabe to the moment they had to awkwardly advise the enraptured audience (who were at this stage giving a standing ovation) that they couldn’t play an encore because they didn’t have any songs left, it all felt authentically offbeat.

We’d happily pull up a pew to see Haiku Salut. And you should too. Although make sure you don’t have too good a time or you might find yourself waking up at Sunday morning mass.