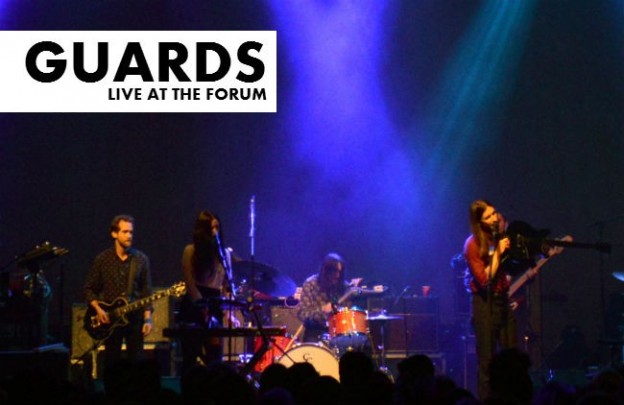 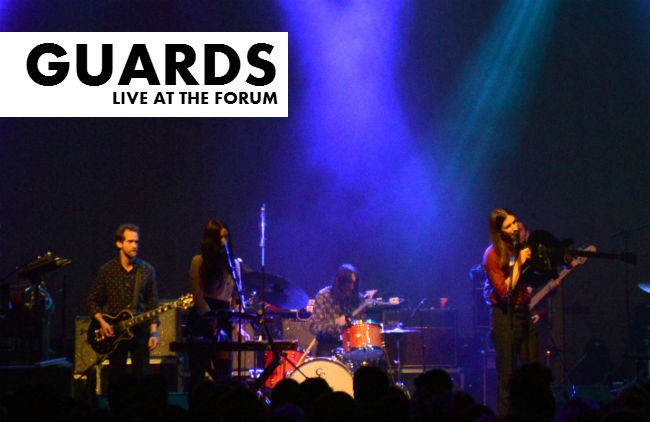 It’s not often that a support act receives a reception similar to that of the main attraction but MGMT’s decision to bring GUARDS along on their European tour looks to be an inspired decision.

The American three-piece took to the stage in complete darkness as the sound of a single guitar gradually faded in over the hustle and bustle of the packed out venue. Moments later, lights burst into the room as the cheery clash of keyboard, guitar and drums in ‘I Know it’s You’ made for a spectacular introduction. If anyone wasn’t paying attention before, they were now.

The band has a refreshing, feel-good vibe to their songs that is infectious when they play tracks such as ‘Silver Linings’, ‘Coming True’ and ‘Not Supposed To’. Whether you get lost in the jovial lyrics and stretching vocals of front man Richie Follin or end up swaying rhythmically like Kaylie Church as she dances at her keyboard, you can’t help but be charmed by Guards’ effortless positivity.

Their endearing personality was only emphasised by their constant thanking of both MGMT for having them and the crowd for paying them attention. With each song, the audience became more and more involved, with Richie making sure everyone was thoroughly warmed up for the headline act.
Guards managed to sound both epic and intimate in a venue filled with 2,300 people, and despite being a humble support act; they alone were worth the price of the ticket.