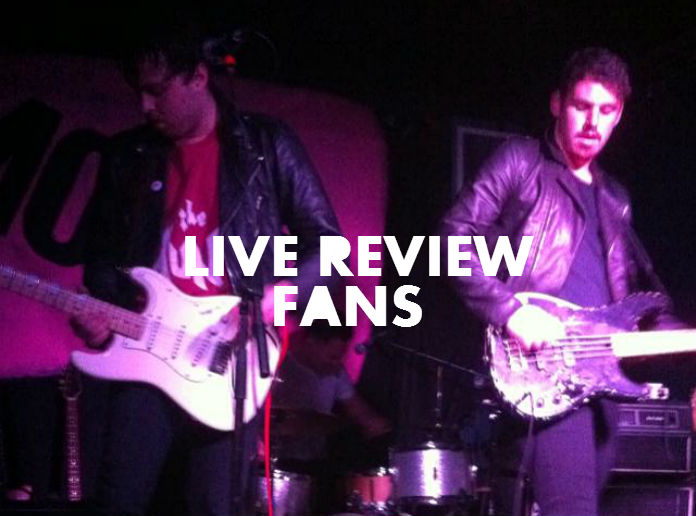 A FANStastic performance! The post-punk protagonists exude buckets of easily justifiable confidence as they launch themselves on stage and dive directly into a this-is-so-much-better-than-the-recording-and-the-recording-is-unreal rendition of All This Time…crowd stunned.

Not much conversation was had inbetween songs with frontfan (this is really the last pun) Dan introducing a few of the songs briefly. This is probably because LOTI’s Band of the Month FANS don’t really need to sell themselves in that way, their music and general stage presence is enough. In fact, you could easily be convinced that FANS had attended The Sex Pistol’s now infamous Manchester gig in 1976 (you know the one, Bernard Sumner bought his first guitar the day after he was so inspired) then hopped in a time machine to an era when the music industry was in dire need of raw talent. They have that could be legendary thing going on. In summation- Please go see them.