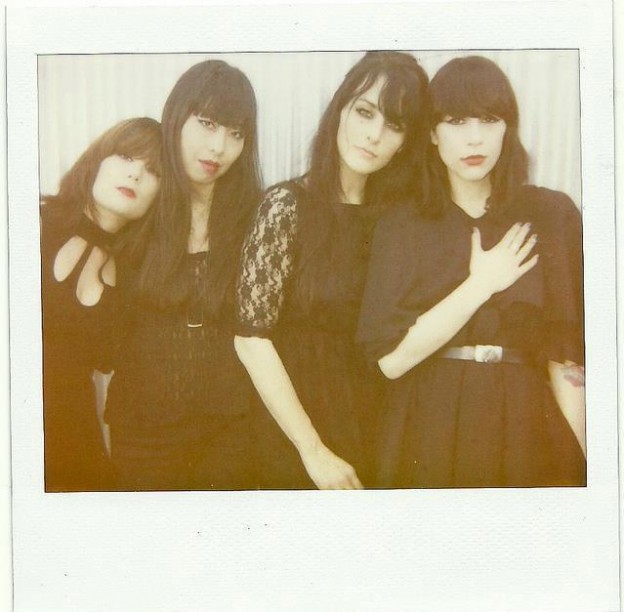 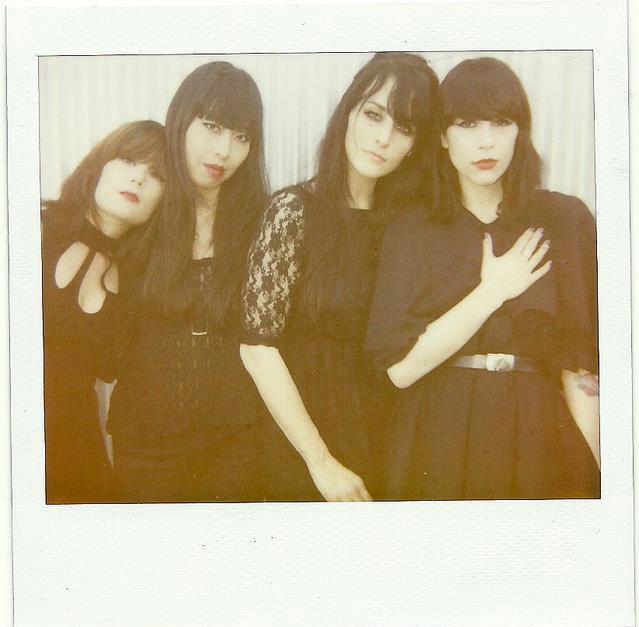 ‘He Gets Me High’ is a great opener, live proof that the band have swapped the trademark lo-fi reverbed licks and echolaic garage-band vocals for immaculate harmonies and surf-tinged melodic guitar riffs with a cleanly produced refined sound in a shiny new package. Co-produced by Richard Gottehrer, the latest ‘Only in Dreams’ LP showcases the best of the Dum Dum Girls individual talents, proving that signing to indie powerhouse SubPop was a good move. Revisiting ‘Catholicked’ – an early single about breaking away from religion and the thumping title track from 2010’s ‘I Will Be’ gets the crowd into the groove, showing that they haven’t completely abandoned the original gritty 4-track sound as it is instrumental to the band’s identity.

New bassist Malia James shares a special moment on stage, wishing her guitar teacher in the audience a happy birthday before launching into crowd favourites, with lead track ‘Bedroom Eyes’, the anthemic ‘Bhang, Bhang, I’m a Burnout’ and personal highlight of the night, ‘Jail LaLa’ – a little ditty about spending a night in the slammer with a woman who is ‘clearly out of her mind, she’s covered in shit and high as a kite…’

Sugarcoated harmonies cover up bittersweet lyrics during ‘Hold my hand’ from the ‘Only in Dreams’ LP as Dee Dee obviously uses songwriting as her therapy as she soulfully addresses the death of her mother, the emotion is plain to see on her face and her voice carries a similar tone to Chrissie Hynde so much so that a rendition of ‘Angel of the Morning’ would fit in perfectly tonight.

Giving the sound engineers the universally acknowledged ‘turn this one up to 11’ sign, the Dum Dum Girls break away from other current surf-pop contemporaries such as Best Coast with a little more kickdrum and a lot of heavy bass in a very raw new song ‘I Got Nothing’ accompanied by a fantastic light show before covering British dream-pop band the Pale Saint’s ‘The Sight of You’ to close out the set.

Simplistic ‘thank yous’ are the extent of their interaction on mic as the Girls prefer to let the music do the talking with an encore of ‘Always Looking’ before the apt finale ‘Coming Down’, a powerful ballad with perfectly dreamy riffs from lead guitarist Jules whose perfectly executed Banshees-style creates a unique dynamic when paired with Dee Dee’s powerful yet haunting vocals, as she saves her talents and breaks the ice queen facade for the final guttural echo before heading backstage to the sound of Smog’s “Dress Sexy at My Funeral”.

With temperamental April showers liberally covering the city overnight, the Dum Dum Girls give us a welcome reminder that summer is on the way. Transporting you to sunny California, they make you want to drive down the Pacific Coast Highway with the top down, blasting their songs on the radio…while breaking the speed limit.