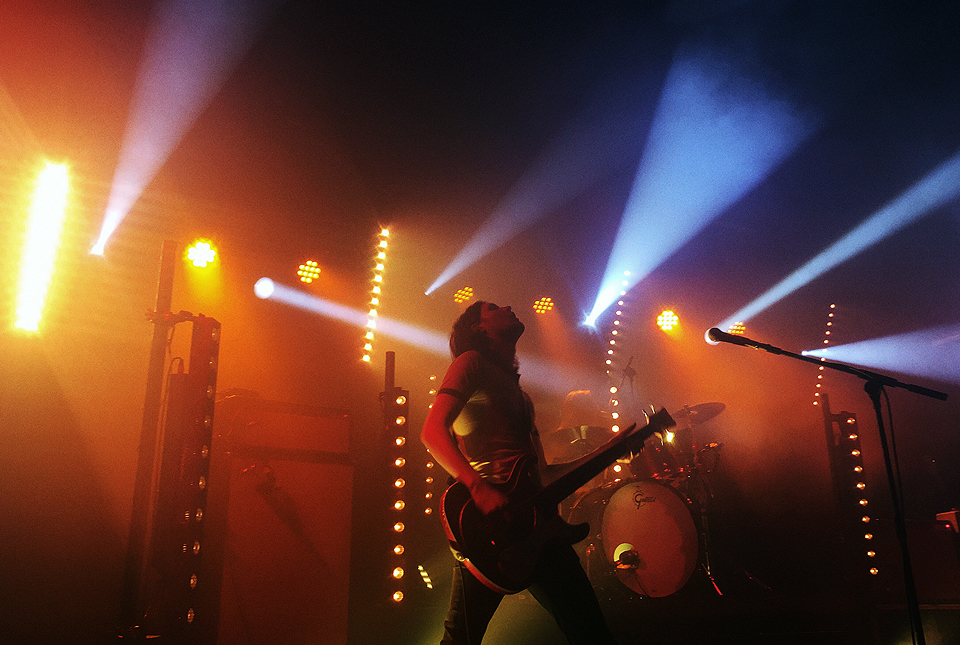 Drenge’s first UK show in nearly a month saw the Sheffield lads practically tear the roof off Tufnell Park Dome, as they returned for a second year running to the NME Awards Show circuit. The band aired four new tracks ‘The Snake’, ‘Running Wild’, ‘WDWWW’ and ‘Never Awake’ from forthcoming album Undertow, and proved beyond doubt that they are one of the most visceral and thrilling live acts this country has to offer.

As well as showcasing fresh material, they also revealed a new member in Rob Graham of Wet Nuns, who joined on bass for the entire set. The extra low end provided by Graham added some satisfying meatiness to their bare-boned, bluesy grunge and his presence on the new album will no doubt take them in new and exciting directions. 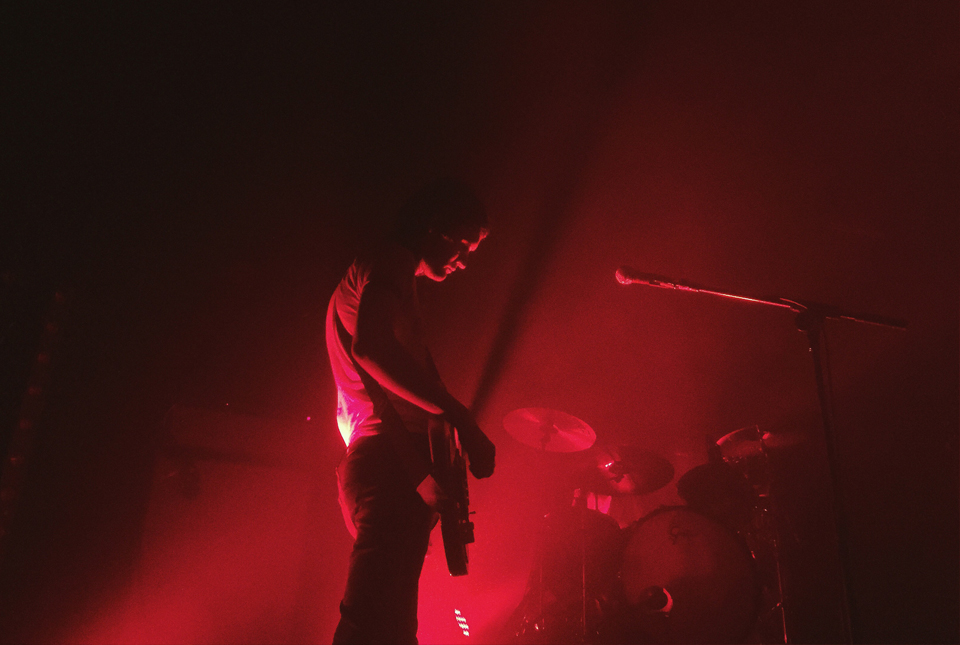 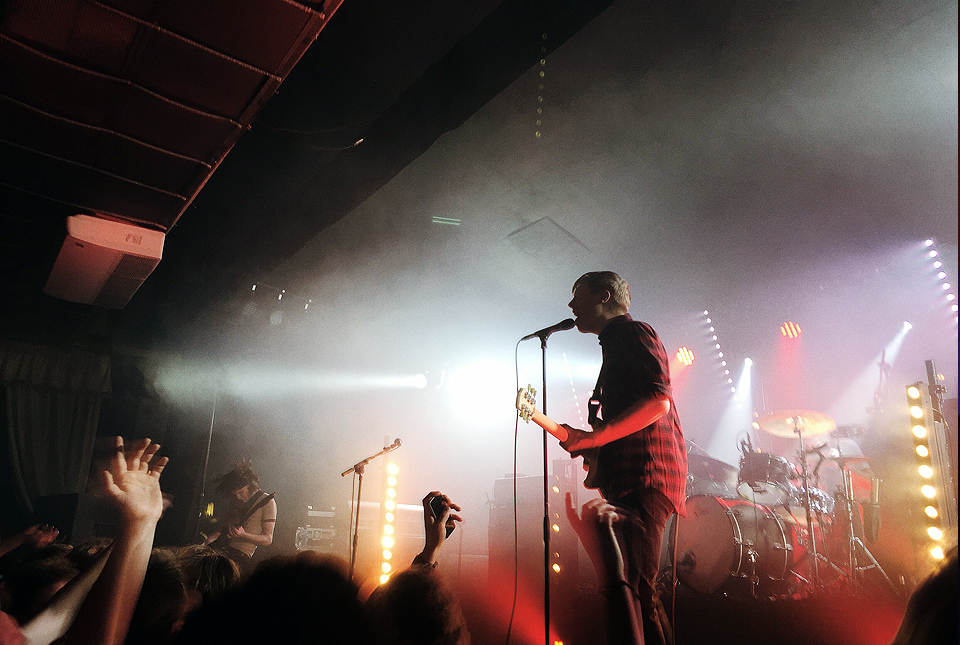 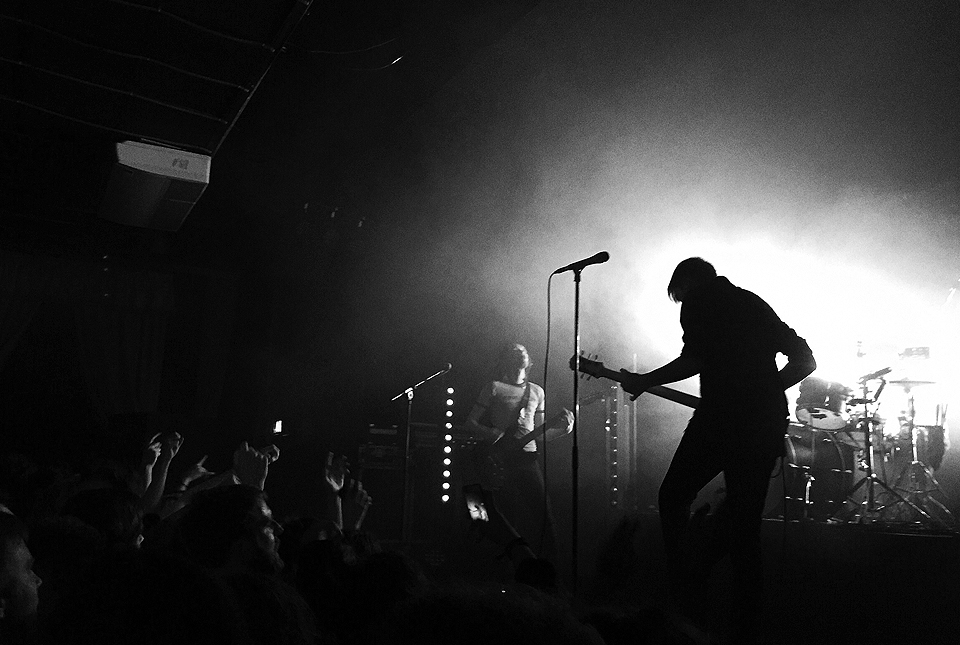 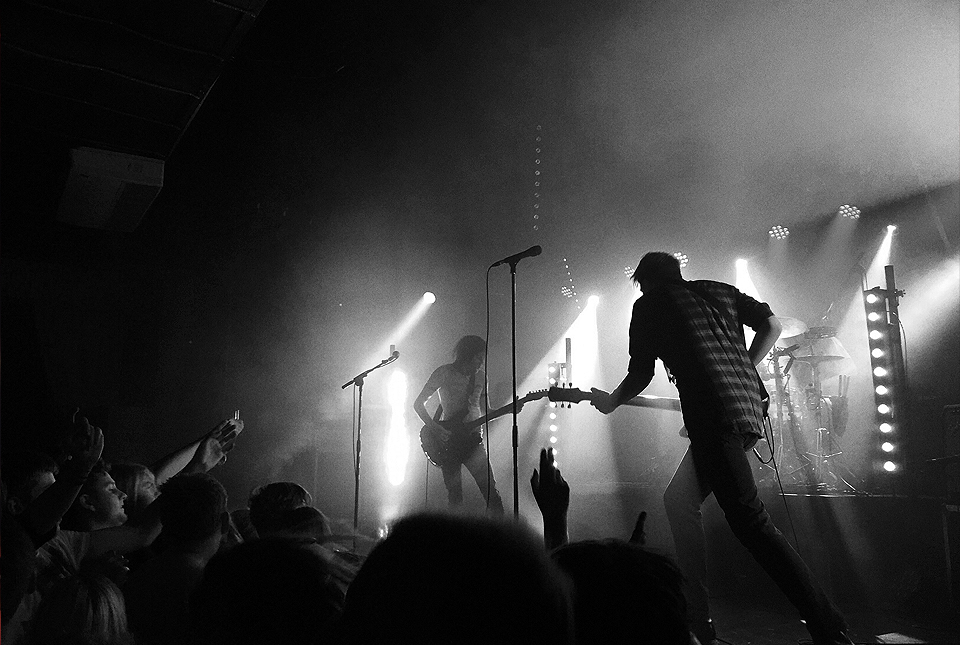 While there’s practically zero between-track banter, the band still manage to turn the huge crowd into a churning mass of flailing limbs, chucked pints and lobbed shoes song after song. Tracks like ‘Nothing’, ‘Bloodsports’ and ‘Gun Crazy’ are slugged out with a breathless ferocity and the doomy, drawn out closer of ‘Let’s Pretend’ shows they’ve got the guts to finish as they please, rather than on a predictably crowd-pleasing high.

Drenge might not be filling huge venues like fellow two-piece titans Royal Blood, but there’s a pureness to their brutal and brash sound that makes them truly something to behold. Drenge release ‘Undertow’ on April 6th through Infectious and will play a string of UK dates throughout that month.