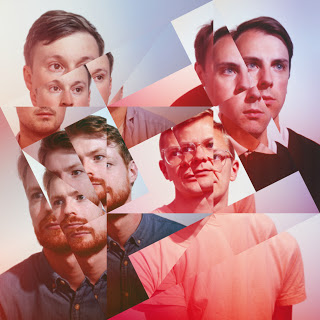 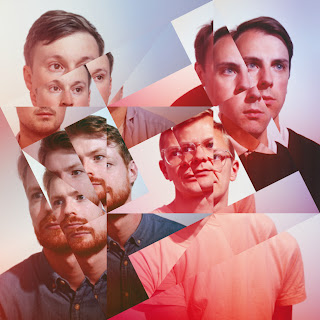 ‘Debut Record?’ we hear you cry and rightfully so as they are a band who seem to have been around forever – so what have they been doing in that time if not putting out records? It seems they have been crafting some utterly perfect, deeply complex and thoroughly interesting pop songs. They play singles ‘Wor’, ‘Default’ and ‘Waveforms’ tonight amongst others which all sound epic – coming across like some weird scientific dream; with each of the band members constantly swapping instruments mid song. We loose track at around 20 different instruments played during the half hour set including all sorts of strange things like a wooden guiro and a vibra slap (Google them).

They mix these odd instruments with numerous synths, samplers, maracas, a range of tambourines, multiple other percussion bits and bobs, the standard guitar, drums and bass setup and also the added benefit of four voices able to sing and whistle in harmony! With all this going on you simply can’t take your eyes off them.

It seems for the past few years they have been messing around with every instrument under the sun, adding them all to tracks together in some imaginary musical cauldron and coming out with something that is like nothing else. There is elements of electro, indie, ska, funk, world, dance, rockabilly and even some strange ‘Aztec’ style sound in ‘Skies over Cairo’ but somehow it all just works!?

If you get the chance to go and see this band then do so because trying to describe their sound is neigh on impossible – but take it from us they are well worth a go – expect this record to be high in the end of year ‘Best of 2012’ lists.