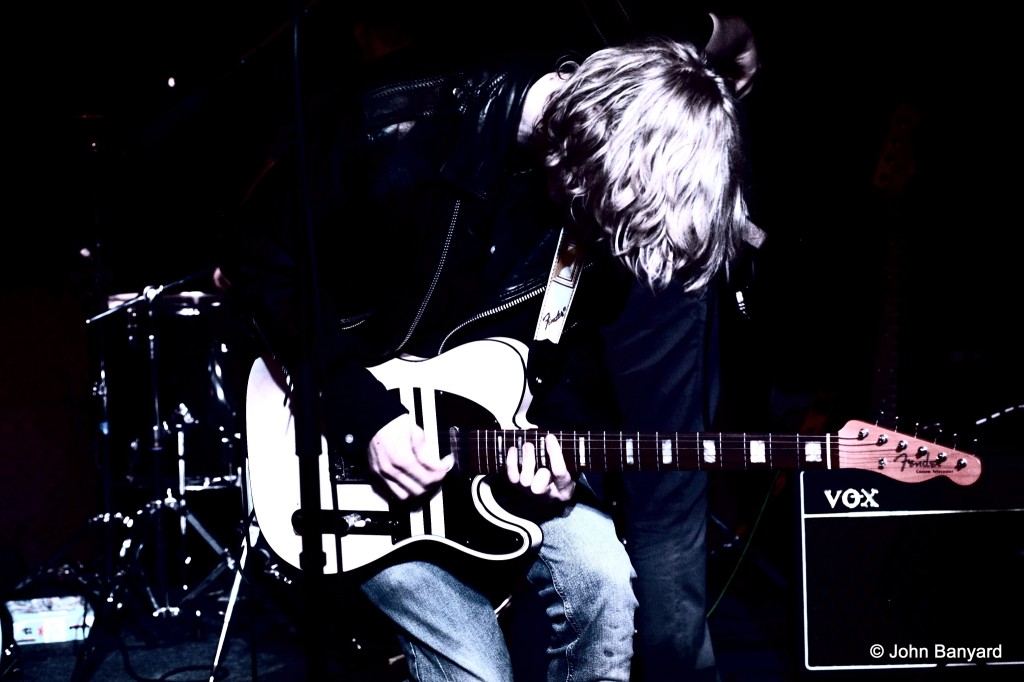 Has anyone else noticed Carl Barat is everywhere lately? He’s all over London based four piece Decoy Jet too, along with most of Camden and after the DJs (that’s their initials FYI they’re actually a guitar band) played King’s Cross’s Surya venue it’s pretty easy to justify their hype.

Providing instrumentation that reminisce a circa In Utero Nirvana combined with good old fashioned rock n roll style sensibilities and formidably snarly vocals, Decoy Jet played till they were as red in the face as a pre-storm out Jeremey Kyle guest and the crowd were red in the palms of their hands (from clapping, innit).

It’s scary to say this about a band so early in their career but if you were part of the Libertines at Hyde Park divide that felt they were a bit more suited to a smaller venue then you probably would have been more than satisfied were it Decoy Jet playing that shambolic Saturday. Their energy bounces off the walls in a way that screams ‘festival ready’. Catch them while you can as Decoy Jet’s careers are set to soar (geddit? MASSIVE LOLZ)