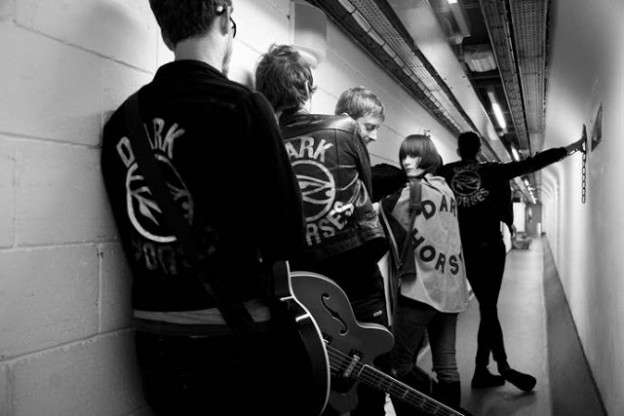 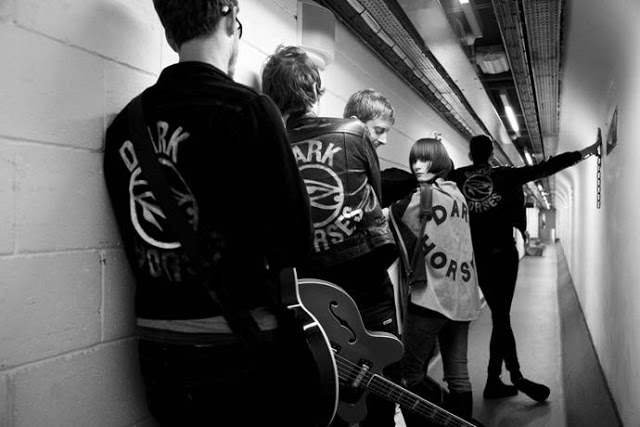 And they are exactly that – dark horses. As well as mysterious, cult-like and brooding, you can’t escape from it; they’re pitch black, unsmiling and precise, but one hell of a band.

On the surface they look like a rock ‘n’ roll band, and that’s at the heart of it, but there’s far more to it than that. It’s not so much they’ve deconstructed rock ‘n’ roll, more they present its dying breath as the one issued by ‘2001: A Space Odyssey’s HAL computer; a slow, creepy asphyxiation.

There’s a strong electronic element to the songs, which drone and soar, that keeps the whole thing building and surging forward and upward. Frontwoman Lisa Elle sounds at different points either menacing, vulnerable or detached but never at like she’s not in complete control. That’s part of the charm, the band’s measured calm over the storm they brew.

The visuals also enhance the show, bombarding the crowd with Illuminati pyramids, words, and various hard-to-define images, all – of course – in black and white.

Dark Horses are another group, like The xx or Alt-J, who have appeared from nowhere, but present a sound so fully formed and precise, it’s as if they already have a couple of albums behind them. The whole experience is immersive, calculated and has devastating effect.