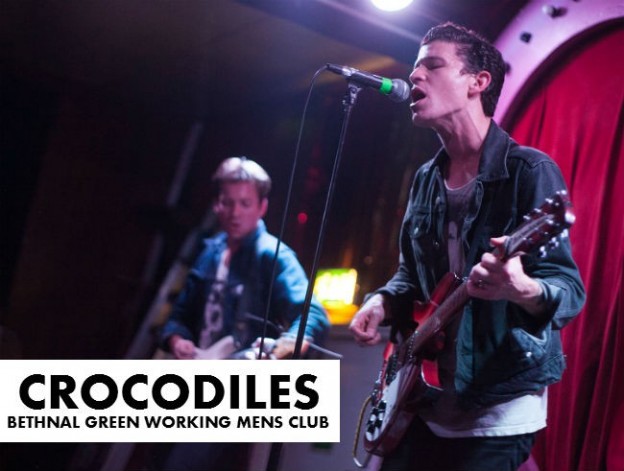 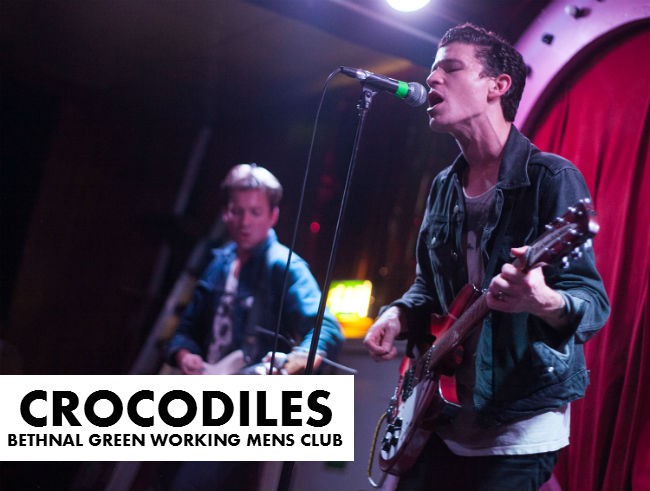 With the hum of laughter and chatter gently rising as we approached Bethnal Green Working Mens Club bang in the middle of a residential street in East London, that wave of excitement came over us. That excitement was for Crocodiles who were on their 35th show of their current tour.

And what a place to play, with the new video for ‘Teardrop Guitar’ dropping earlier that day the stage couldn’t have been more fitting. The giant pink heart dotted with lights acted as the backdrop against red curtains…surely made especially, but no, it’s er, always like that!

Shortly after 9:30 the Crocs came onto the stage opening with ‘Hearts of Love’ from their second album Sleep Forever. They belted through the hits from all four albums with ‘Soft Skull’ ‘Me and My Machine Gun’ and ‘Heavy Metal Clouds’ racing along. The crowd, who can only be described as ‘DRUNK’ were lapping it up, stage dives, arms in the air, screams, the lot, especially when ‘Neon Jesus’ exploded to life.

The band clearly loved the show, flaunting their moves with Brandon doing the impression of cat trying to remove sellotape from it’s paw, it’s an effective and entertaining act. An encore unfolded to more cheers as people lured to the dangerous side of mortal with one guy crashing into the side of a makeshift barrier. He survived. Awesome show!