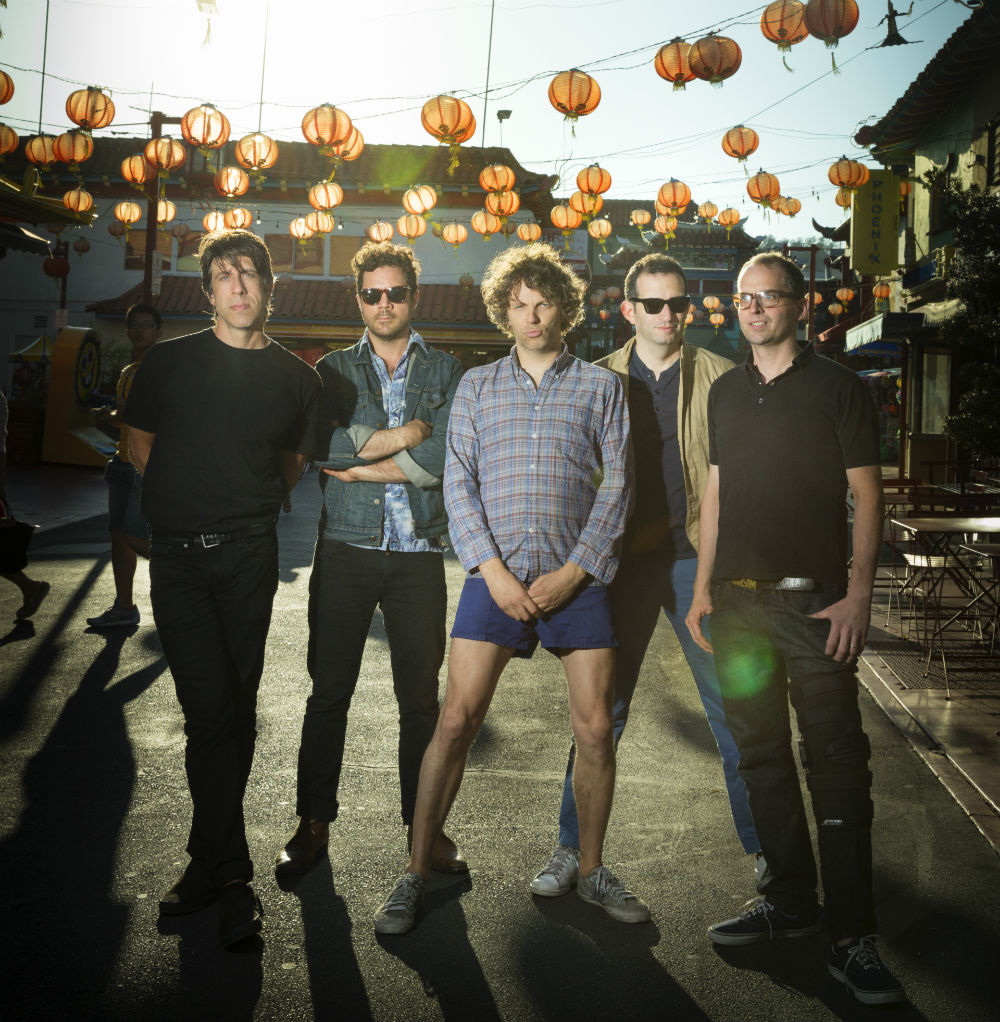 Favourite band on late + bad traffic + getting their late = shorter gig. That’s the only disappointing thing about seeing !!! live on a sold-out Saturday. We still got to squeeze in at the side of the stage, where you can literally  feel the sweat pouring off the performers and make eye contact with them.

Oslo has pretty much established itself as a great London music venue now. Only time will tell if it reach the status of legendary closed down venues such as the Marquee and Astoria. Maybe, alongside the likes of the Sebright Arms and Hoxton Bar & Kitchen, they’re the new vanguard, but if every gig turns out to be as much of a party as when !!! are in town, then their future is secured.

They’re now on their fifth  album, signed to iconic Sheffield label Warp, who, like Ninja Tune, have ploughed an eclectic furrow over the years and given us a staggering array of artists and sounds to fall in love with. Their first single (for Warp), Me and Giuliani Down by the School Yard (A True Story), dropped 12 years ago. A muscular, punk funk odyssey with a slightly trippy feel to it , it captivated us and many others. Now, they’re a band with a mercurial line-up and even more fluid sound. The DFA style guitars and grooves are still there, but with the latest album, As If, showing that they, unlike some others, have the capacity to evolve, and mature – for them, it’s about Disco, House & Techno influences coming to the fore, with a female backing singer thrown into the mix to make them even more explosive on record and stage than they have ever been.

Historically (c0z, you know, we are BIG fans and have seen them a few times) their gigs are centred around their catalogue, but they morph into something else because they know how to spread the jam. Tunes become 10-15 minute epics (hence the shorter set list) that build, drop, crash and start up again before seguing into the next. For five albums, there’s a rich set list to tap into, but, the last two (current As If, and last one, THR!!!ER) are where they are at now. It’s disco and dance music done live with a ridiculously tight rhythm section topped off with FX and a squall of funky noise.

Nic’s voice veers from Sugarhill style rap to sexy falsetto, and deep rumbling baritone. His dancing (all Future Islands’ Sam T Herring) is elastic and enthusiastic, and rain or shine, those pool boy shorts and thrift store t-shirt get a soggy airing. Slyd is elongated into a mutant groove, Freedom (15) and One Girl One Boy sees Nic joined by a guest vocalist, who’s voluminously gorgeous afro competes with his shaggy locks in a shake-off. I feel so free closes the set as an epic build of acid and electronics drove us into a frenzy. It’s all over too quickly, but, there was a DJ set afterwards to reward the faithful. And faithful they were. The crowd sung the lyrics back at the them, heaved and surged like a tidal wave of energy and proved, yet again, that !!! know how to bring the funk.