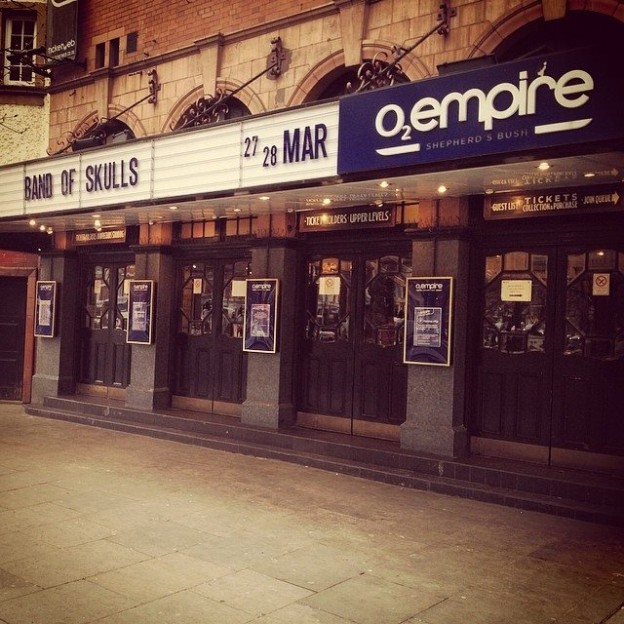 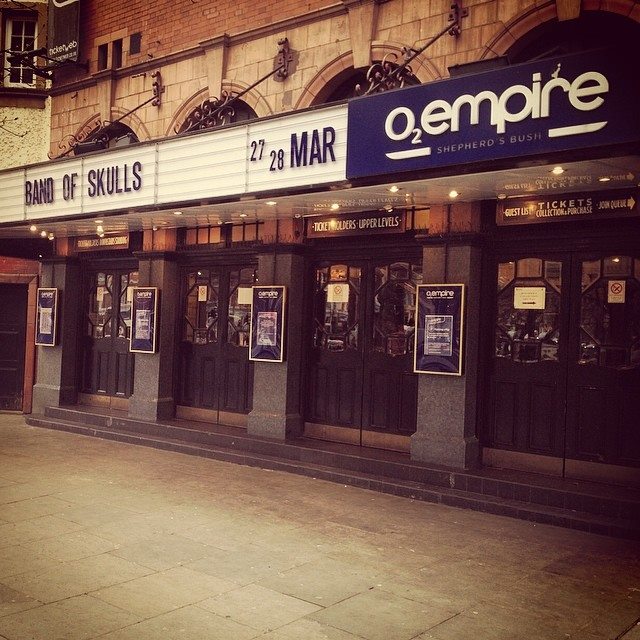 There is something to be respected about an act who don’t need any theatrics to put on a killer gig. Band of Skulls is that type of group.

The Southampton three-piece relied only on three large lamps and their instruments to create an electric atmosphere at their gig at Shepherds Bush Empire on Friday night. Not that they needed much to excite the sold-out crowd who were in raptures from the moment they stepped on stage.

Kicking off with ‘Asleep at the Wheel’, the first single off new album Himalayan, there was no doubt that the crowd were digging the new tracks. And it was a good thing too because the show featured plenty of them. ‘Nightmares’ and ‘I Guess I Know You Fairly Well’ proved the new record is going to thrive in a live setting but it was ‘Himalayan’ that was taken to a whole new level. The haunting vocals of Emma Richardson added a real depth to what otherwise might be a fairly conventional rock sound and had us all entranced entranced.

The audience response to an encore of ‘Sweet Sour’ and ‘Death By Diamonds and Pearls’ was almost deafening. And who could blame them? With a sold out London crowd and an epic new album, we suspect even Band of Skulls had that Friday feeling.