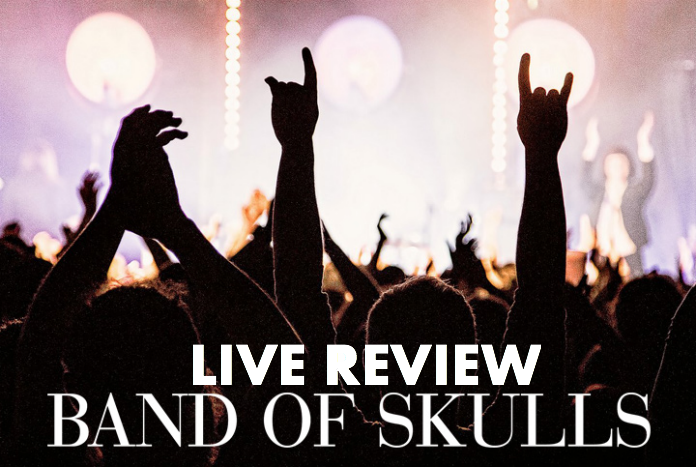 If you were experiencing heavy traffic in the Hammersmith area on Friday night, it was probably due to a certain rock chuggernaut riffing its way from Southampton, causing mayhem in its path. Band of Skulls. Undisputedly one of the best live rock bands in the country had landed. If they’ve always played this loud and large, then we’re pretty sure the ‘toilet circuit’ would have been a mere blip.

They’ve been around, but with the end of tour gig winding up at Hammersmith, you felt that they were already veterans, merely passing through onto even bigger things next year. Effortlessly cool as well, they teased the expectant Friday night crowd with a stop start take on Light of the Morning. Russell (guitar) and Matt (drums) swapping riffs and breaks before Emma joined in. It wouldn’t be too lazy to compare to The Led, as they do have a similar heavy sound, but what sets them apart is Emma’s voice (even though Robert Plant, in all his leonine glory, could be accused of an oestrogen tinge to his vocals). Both sultry and snarly, she and her trusty bass round off a trio of rock power rangers that turn into something devastatingly powerful when unified. 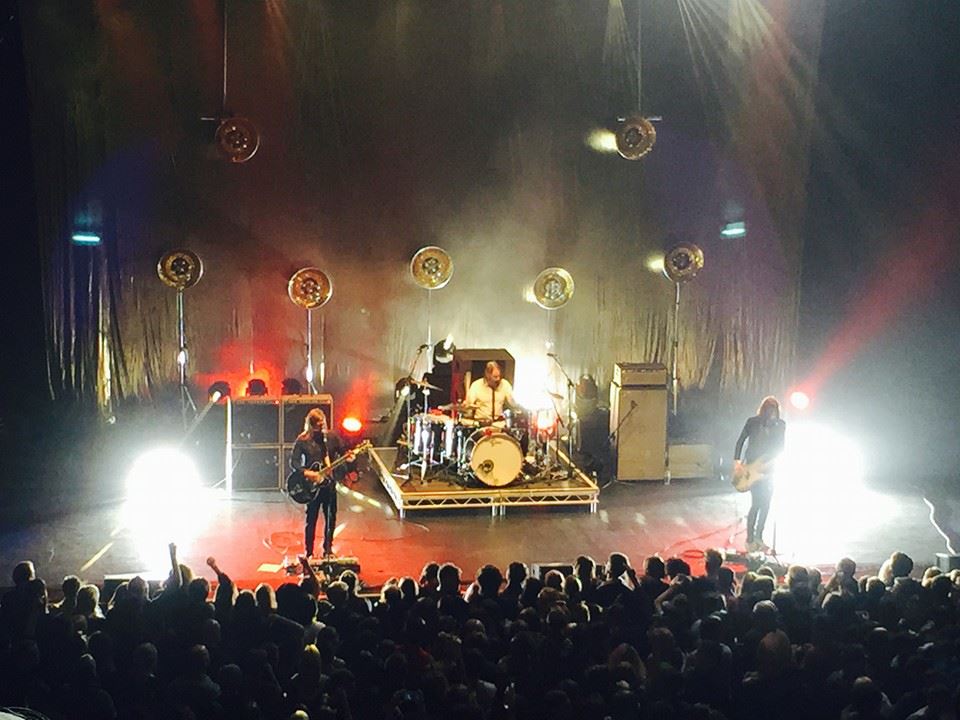 Evenly spaced out over the stage with all eyes on Matt Hayward’s flailing arms, beard and hair, the set took in some faves, and tracks from their Himalayan album. On Patterns, Emma’s vocals brought a touch of the Yeah Yeah Yeahs to the proceedings. Blood’s swampy cosmic Blues tore the roof off. One of the biggest sing-a-longs was reserved for the catchy chorus of I know what I am.

In time honoured tradition, Cold Fame kicked off the encore suite. A ‘slow’ number that finally gave the crowd a breather before Hoochie Coochie and Hollywood Bowl cemented the gig as one to remember. Band of Skulls sound like a right piece of work, in name and volume, but to fans, converts and the casual gig-goer, it was a joyous experience reaffirming for the 7,296th time that Rock is certainly not dead.

Southampton. Second in the Premier League. First for slaying rock bands ready to rule the world.