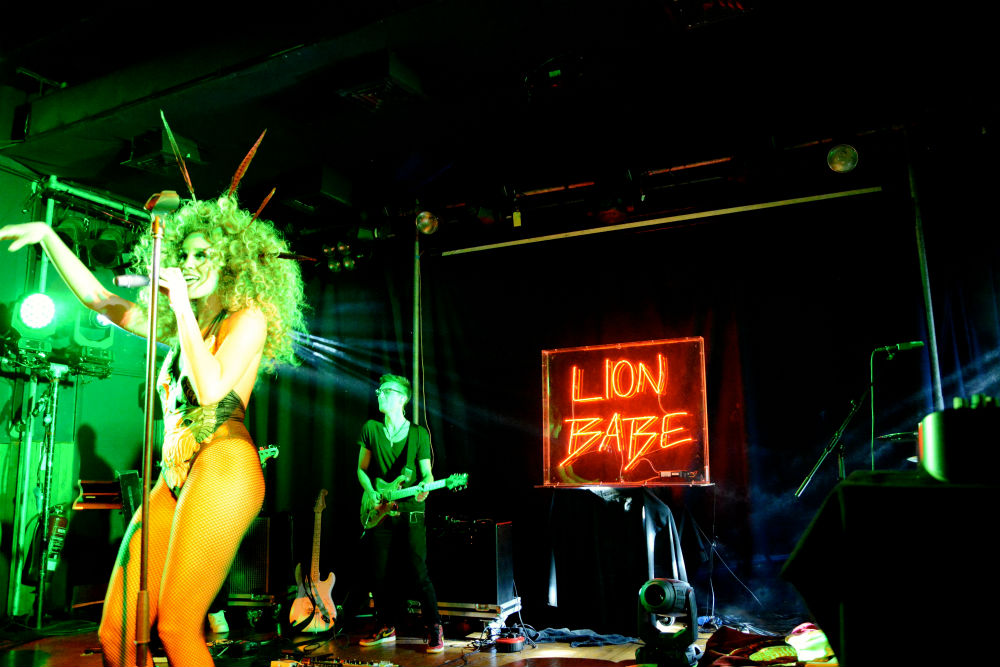 For the last few months, the sexy funky R&B sounds of New York duo Lion Babe have been infiltrating Radio 1 playlists and causing a stir ahead of their UK tour. Singer and performance artist Jillian Hervey provides soulful and blissful vocals whilst instrumentalist and producer Lucas Goodman whips up the perfect variation of funk, soul and modern electric dance music (no not that awful EDM stuff). Their sold out show Scala drove home why they are hotter than August right now.

The room was already heaving with people packed on the stair wells and the excitement grew with the Lion Babe neon light beaming. The roar of a lion echoed and in came Jillian with her perfectly curly huge Afro hair teased around a headband of feathers. With huge platforms, a slamming kimono style jacket and very glamorous swimsuit, you could tell you were in for a performance to match the music. 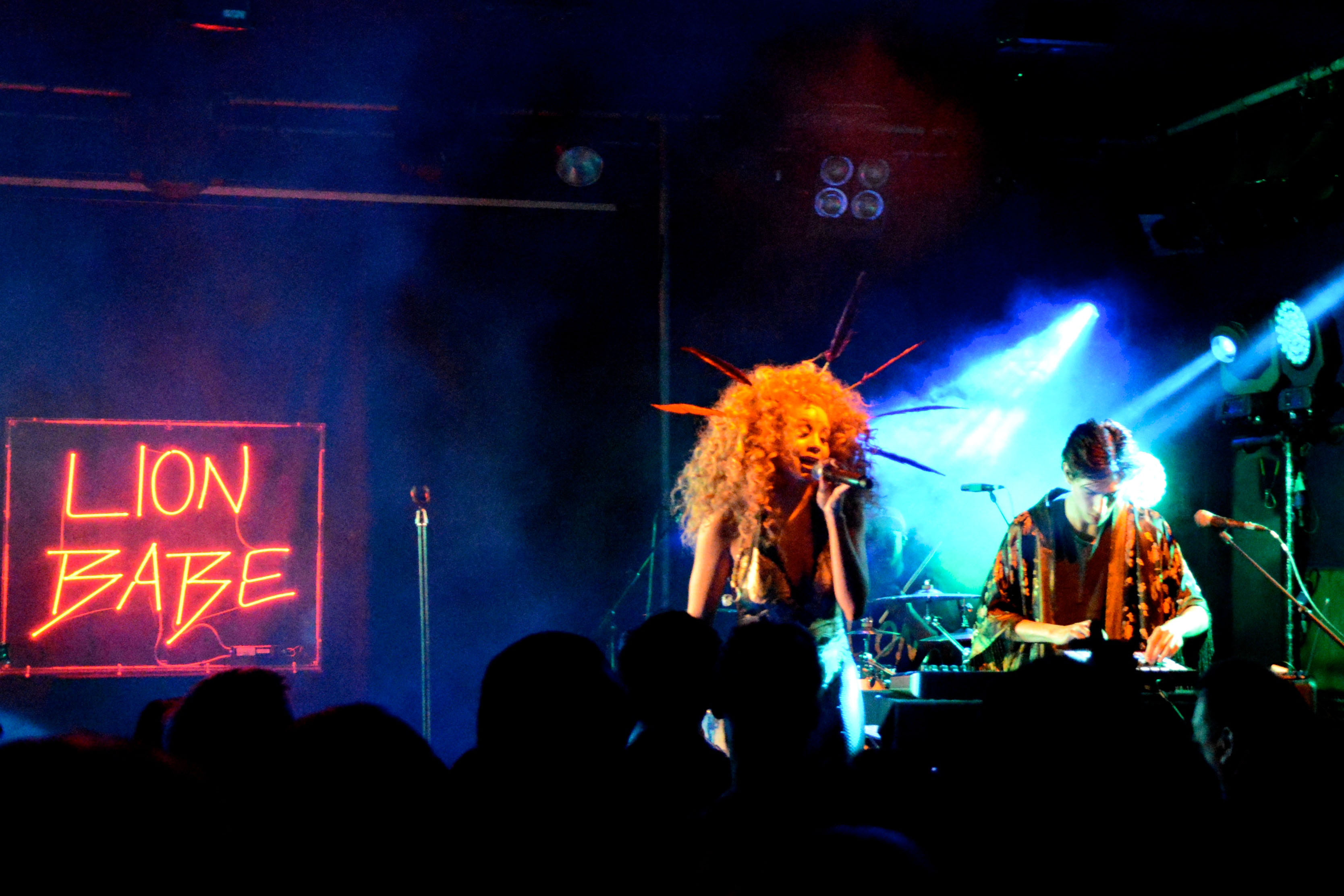 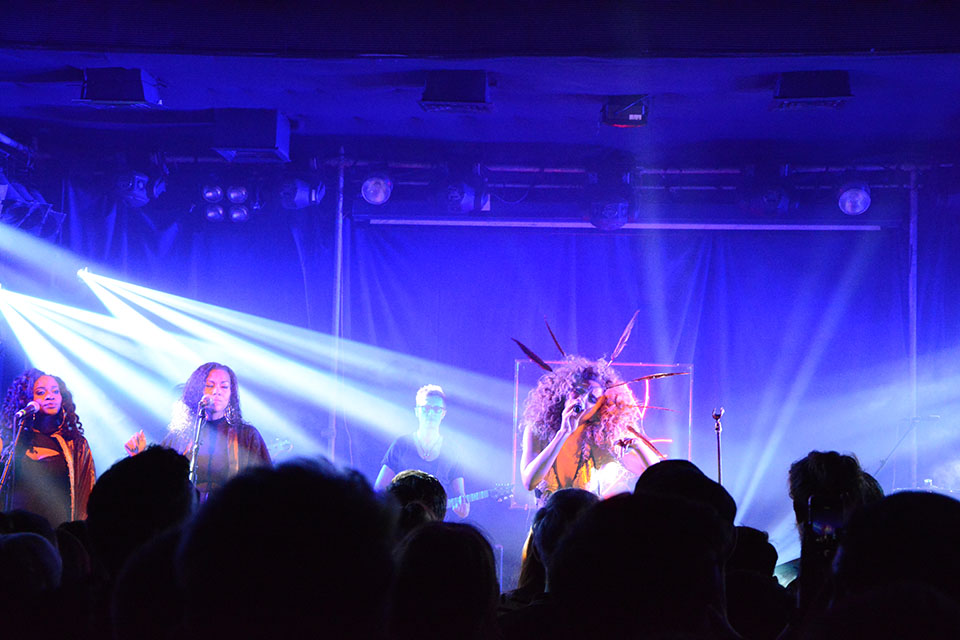 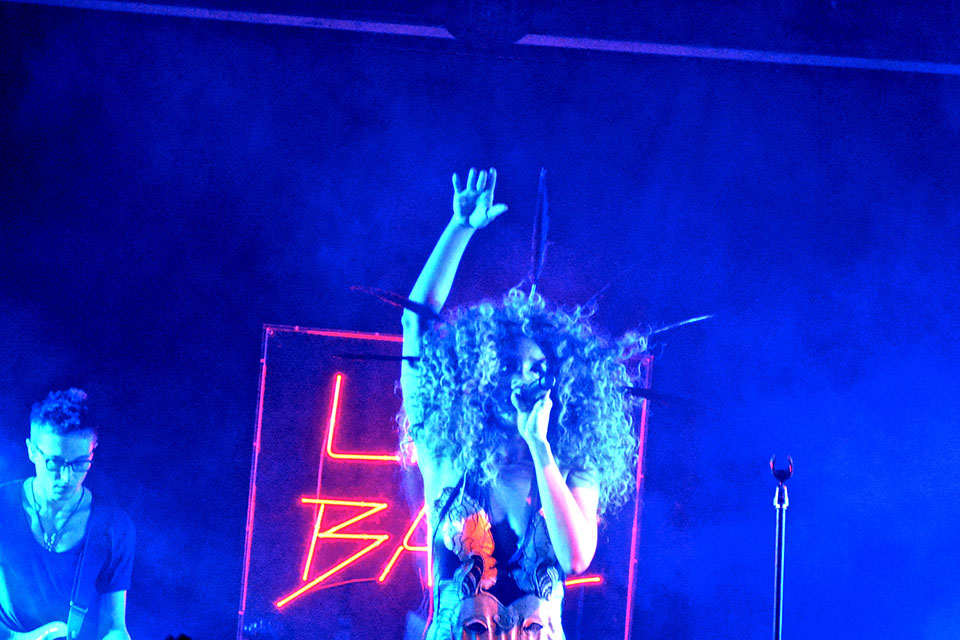 Lion Babe’s songs are a great assortment of sexy, sophisticated and slow with the odd jovial funk or disco tune. Their new single which has seen them gain huge success and trend on Twitter worldwide is Wonder Woman. Produced by Pharrell Williams and played as Annie Mac’s tune of the week, there’s no wonder why this band have catapulted to the level they can easily perform at. Where Do We Go From Here? was a real new disco banger. A welcome performance of Janis Joplin’s Piece of my Heart gave a more personal feel from Jillian as she said the crowd had shared a piece of her. Thanking London for our support from day one, we think they will be pleasantly surprised when they return to play Lovebox festival.