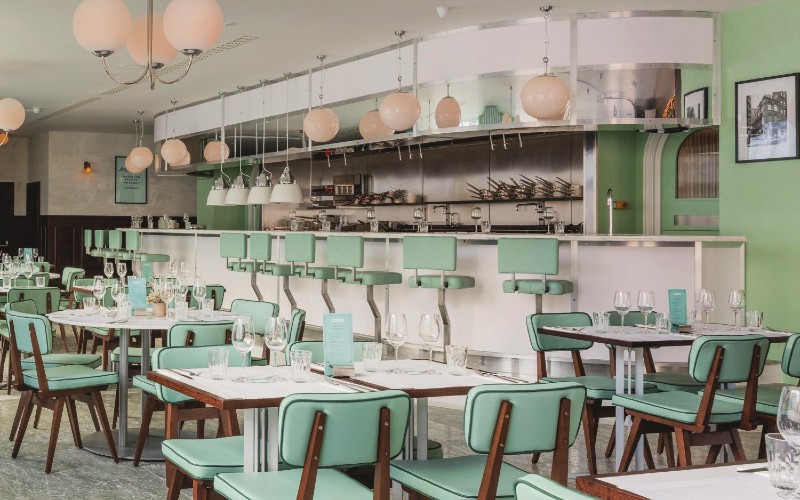 Lina Stores, the iconic green-and-white Italian deli turned pasta restaurant, is expanding again, heading central to open in Marylebone and south west to set up shop in Clapham. Starting life as a deli in Soho way back in 1944 and becoming a beloved institution, Lina Stores has been on the expansion train over the last few years, opening a fresh pasta restaurant on Greek Street just around the corner from the shop back in 2018 and then a massive deli and restaurant in King’s Cross the following year, and most recently, an international outpost in Tokyo and a third London restaurant in the City.

The Marylebone branch of Lina Stores will open first in spring next year, and the two-floor space will feature a deli, a restaurant with an open kitchen serving larger sharing pastas and secondi as well as all the Lina classics, and an art dceo bar and intimate dining room on the the lower ground floor. The Clapham outpost, which will include both a restaurant and a shop, will be taking over the sites where Robin Gill’s The Dairy (which has since relocated and rebranded itself in Bermondsey) and the neighbouring small plates spot Counter Culture were, which both closed during the pandemic. That’s all the info we’ve got so far, so watch this space for more.