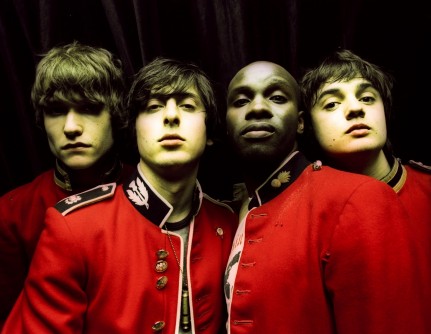 In Hyde Park’s glorious history, it has famously paid host to the likes of The Rolling Stones, Queen, Blur, Pink Floyd, Paul McCartney, Bon Jovi, The Kings Of Leon, and even Pope Benedict XVI. Now, ‘The Likely Lads’ from London are looking to be the next on that list.

In a recent interview with Israeli newspaper, Ynet, Pete Doherty claimed that he had been given an incredibly generous offer to reform with the group for a show at Hyde Park. He instantly accepted, citing “nostalgia” and his “financial problems” as the key reason behind his decision.

Seemingly confirming the rumours, The Libertines official Facebook page changed its profile picture to an image of Hyde Park. The event has continued to increase in probability ever since, although there has still been no word whether the other band members have been contacted, let alone agreed to the deal. That is until now…

It has been reported that on April 20th, at Carl Barat’s DJ set at the KPH in London, he confirmed the rumours with both him and his management station to “Keep the 5th of July free”. The date fits comfortably between both a Black Sabbath and a McBusted show taking place in the park on the 4th and 6th respectively.

It’s been almost 4 years since the group last reformed for a huge comeback performance at Reading & Leeds Festivals. Since then the group have all pursued personal endeavors including acting, raising families, and releasing their own music. Carl Barat has also formed a brand new group named The Jackals, who will be releasing their debut album this September.

As a band that pride themselves on their romanticism and love of music, it seems a shame that the inspiration behind the reunion is primarily the financial gain. Although despite the reasoning behind it, it’s sure to be one of the biggest and most breath-taking events that this summer has to offer. We’ll see you there.