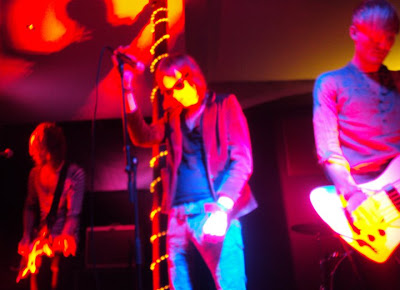 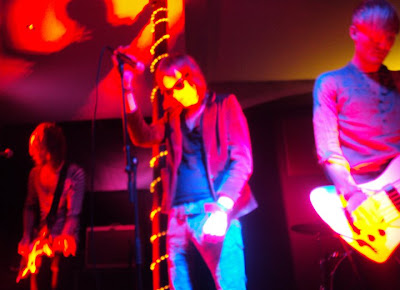 The reason for such a journey is no more than a couple of demos that landed at our HQ. The first time Kill Yr Idols heard Kerouac, the next door neighbour threatened to call the police if the stereo volume wasn’t turned down after the millionth listen on repeat. Can’t help listening to (very) loud guitars and a thunderous bass enveloping a tune so infectious, it makes you feel happy to have your ears bleeding.

The band in question is YourOtherLover, playing their debut gig tonight. After being exposed to Kerouac on tape, we also got familiar with Wolves, which opens the proceedings tonight, with a Alfred Hitchcock sample giving way to an hypnotic loop, then surrendering itself to a wave of sound not dissimilar to A Place To Bury Strangers. Dan takes to the microphone cutting a Mark Lanegan-type stage presence, with his potent vocals through what seems to be a hell of an effects box, creating an eerie, at the same time menacing atmosphere.

The power, and heartbeat, comes from the rhythm section, courtesy of Si and Keiren. Seriously heavy stuff, and perfectly complemented by the psychedelic edge coming from guitarist Ben’s amp. It haunts the listener wherever they go, it goes for your blood and wants more. As the band progresses through the set the crowd get into it more and more, with the aforementioned Kerouac getting an enormous acclaim.

It was a tremendous debut, with more to come. Their forthcoming gig list is ever growing:

And they are also doing a DJ set at Kill Yr Idols Club launch at The Victoria, Mile End, on 28/th Jan. Not to be missed!

Catch them live before they get bigger, which, by the promise of their debut, is imminent.