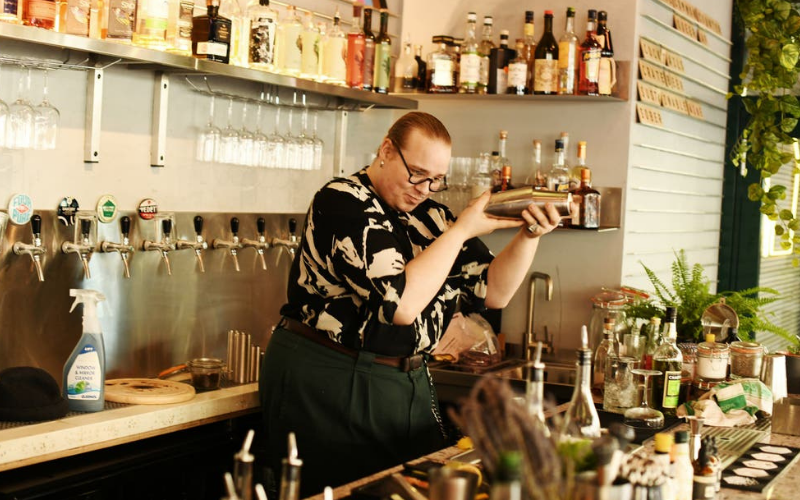 Over the last few years this city has lost many of its queer spaces so it’s always great when we get word that a new LGTBQ+ venue is opening, and that’s exactly what’s happening in Shoreditch. In fact, the ‘hood is getting three new spaces in one. Glasshouse, on the corner of Brick Lane and Bethnal Green Road will be home to multimedia events space The Commons, bookshop cafe The Common Press, and bar Common Counter.

The bar menu will feature serves that reference queer figures and queer history, including the Dance of the Forty One (mezcal, vermouth, nitro cold brew, xocolatl syrup & mole bitters), inspired by the 1901 raid on a Mexico City house where a secret drag ball was being held that led to the arrest of 41 men, an incident which has now been reclaimed as a defining moment in Mexican queer culture. The bar will also be stocked with locally sourced spirits, wines from GRAFT and beers from The Queer Brewing Project. And as well as getting the drinks in, you’ll be able to get involved in voguing dance classes, poetry nights, and book club-style discussions at Common Counter too.