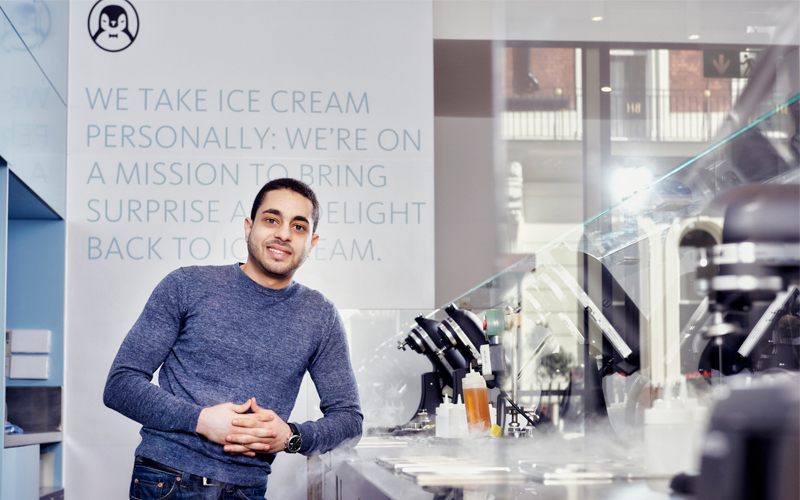 I live on High Street Kensington. I love the entire Kensington and Chelsea area. It’s a very diverse neighbourhood with families, students, and people from all around the world living there, but it still maintains its London heritage and style. There are so many great restaurants and new concepts in the area. Just when you think you have seen everything, something new pops up!

Four Winters is a COOL concept, what’s the story?

I came across the idea of ice cream being frozen using liquid nitrogen on TV in early 2014 and I was very intrigued by the idea.  At the time I was working for a bank (Coutts) and was looking to change direction and focus on something more unique. Mutual contacts introduced me to Zeid, co-founder and CEO of Four Winters, and I fell in love with his brand, the concept, and his work ethic. Timing was perfect, because I was already exploring this field, and I felt that the Four Winters brand needed to be in London. I called Zeid and we had a very long call, discussing the brand, the vision, and our backgrounds –  we clicked immediately, and agreed to bring Four Winters to London together.  We are aiming for a second store in London in 2017, and further expansion in Europe later on. 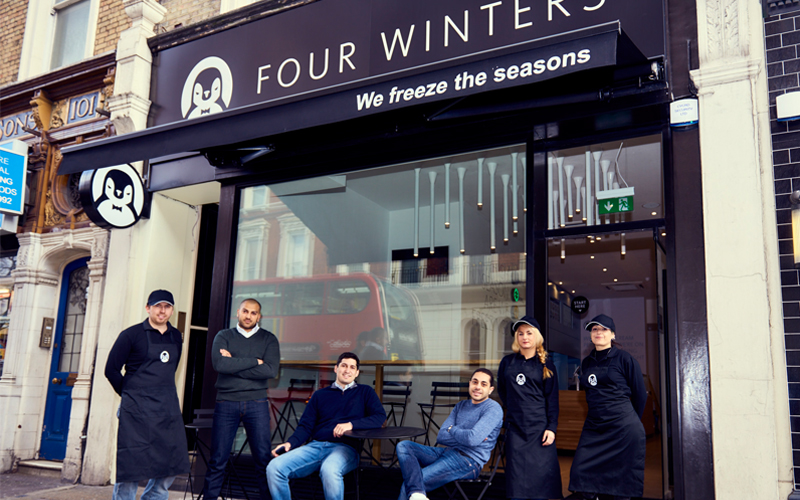 What is it about Four Winters you love? Why did you bring it to London?

What I loved about Four Winters is the dedication to enhance the ice cream experience as much as possible – bringing surprise and delight back to ice cream! The product is absolutely amazing, it’s not until people try it they realise how fantastic it is. London is a foodie capital, and we wanted to bring this fantastic product to food-loving Londoners – we really believe it will be a hit here.

Does living in London influence or inspire you in what you do in your daily life and work?

Absolutely! London is always an inspiration and driver of motivation. It is a financial hub, filled with diverse people pushing themselves and striving to innovate. There is such an addictive buzz that comes with working in London – I love it. 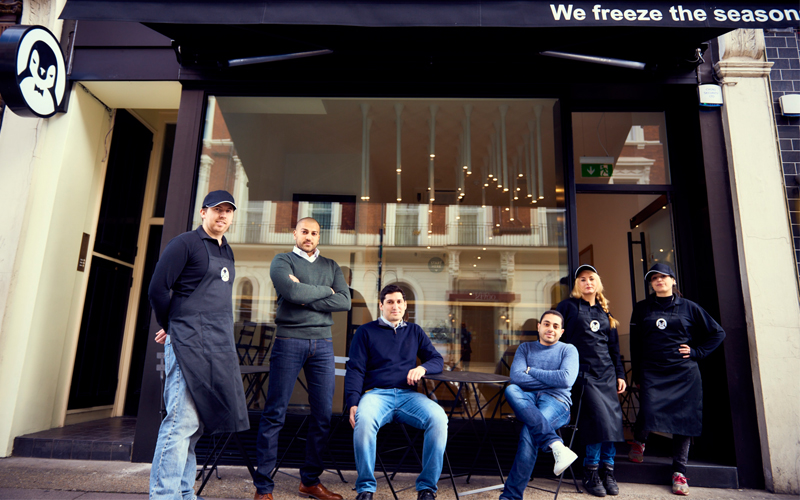 Let’s talk Ice Cream flavours…what are your most creative inventions and how are they born?

For this season we have the Bee’s Knees which is a combo that includes honey and spicy honey brittle and we also have Afternoon Tea mixes freshly baked scones, clotted cream ice cream and homemade jam. The Four Winters’ chef and team are always innovating and testing in the kitchen. All of our ice cream flavours are formed using seasonal ingredients.  My personal favourite is the S’Mores flavour, but that is an Autumn flavour so you will have to wait a few months to try it here.

To me a perfect day in London would be waking up at, have a shower then breakfast. Then watch the UK markets opening on CNBC at and then head to Four Winters. I would normally spend a couple of hours doing emails and getting work done, then have a few meetings. Around 1pm I would go for lunch near my office – preferably for lobster rolls!  Then I would head back to the office and check on the shop as well as any other projects or investments we are working on. Around 7pm I generally head to the gym and then dinner straight after with my family. I usually end my day with a bit of TV then go to bed around 11pm to start a new day.