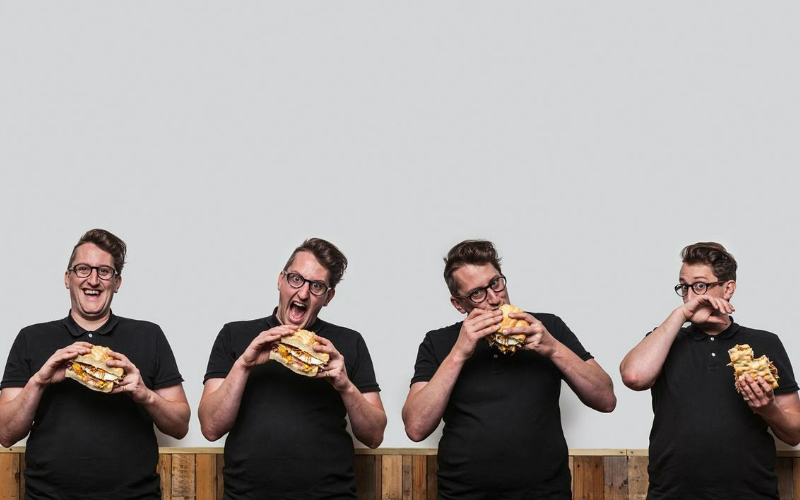 Shaking up the sandwich world is Max Halley, formerly of the Salt Yard group and Arbutus, with his joint in Finsbury Park aptly named Max’s Sandwich Shop. It’s all about a solid product and a winning formula which he delivers with panache and flair. It’s also a late night hot sarnie shop you can get pissed in. We can vouch that his sarnies are of the EPIC variety, which means if you’ve yet to visit, it’s an absolute must. Now meet the cheeky devil that is Max…

I live five minutes down the road from my sarnie shop on Stroud Green Road above a wonderful restaurant called Season, owned by my flatmate Neil Gill. Living where you work is a MASSIVE luxury. I love Finsbury Park, it has loads of cool shit. The best pizza in London at Hana Maria opposite my flat and so many other places! I’ve lived here for 15 years and it’s always been brilliant. Even though the inevitable gentrification process is definitely happening (which I’m blatantly a part of) it’s still edgy. There’s a crack house around the corner, people are still screaming at each other in the street at 4:30 in the morning and there’s always someone trying to sell you a nicked telly or something. The area’s balls haven’t shrivelled at all. It’s my favourite place in London.

Do people really eat sandwiches for dinner in real life?

Well, they have to when you don’t open for fucking lunch! 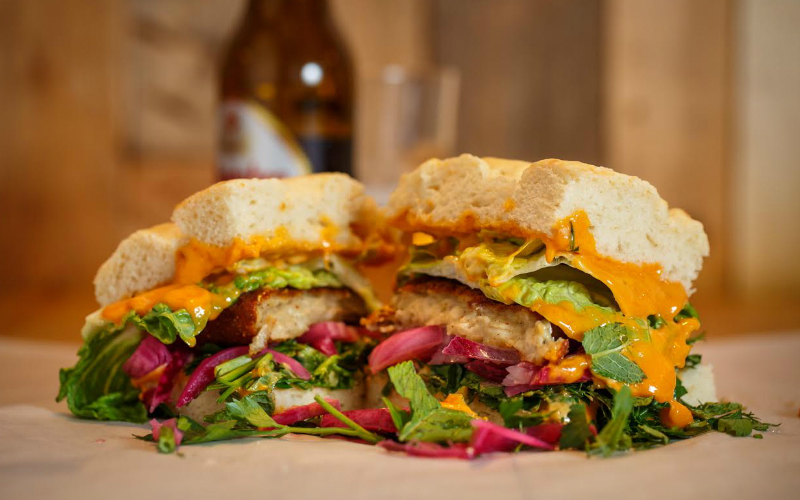 Downright laziness and shit ingredients is what makes a bad one. And the wrong type of bread. My personal formula pretty much guarantees a winner. I’ve banged on about it before but if you have elements that encompass hot, cold, sweet, sour, crunchy and soft you’re very likely to have made yourself an excellent sandwich. You don’t need six separate things but they all need to be there. For example, a well-chosen pickle might hit crunchy, sweet AND sour. And there must always be a lubricant of some kind. If you know what I mean…mayo, yoghurt, that kind of business. You must have the right bread (don’t get me started on fucking sourdough), which for me is focaccia and the only type of bread we make here at the shop. Simple and delicious, it holds its structural integrity right down to the end despite being very good at soaking up juices.

Tell us what you did before you opened Max’s Sandwich Shop?

Got pissed on other people’s time! Ha. No, I mostly worked in other people’s restaurants. I worked in kitchens and as a waiter and restaurant manager all over the place. I spent ages at the Salt Yard Group in a variety of roles, worked at Arbutus (now very sadly closed), I sold food for the wholesale side of Brindisa, started a greetings card company and loads of other stupid shit. I did an ancient history degree which makes it all the more pleasing that I now make sandwiches for a living. 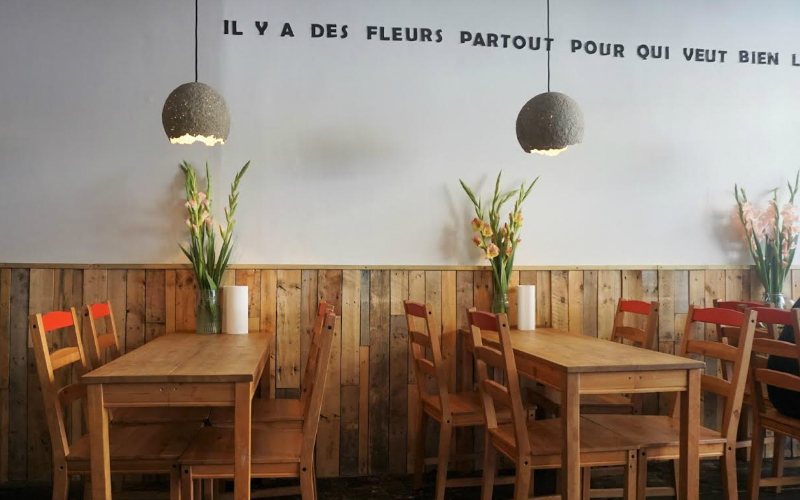 Why is Frank called Frank? (Frank is MSS’s no.2)

We had a look at your Instagram…how did you manage to smash so many ceramic ducks and what do you have against Gino?

Sheer stupidity is how I smashed those fucking lovely little ducks. Luckily, incredibly luckily, my friend Olivia who lives down the road from the sarnie shop is a ceramics conservator for the British Museum and stuff, so when she isn’t busy fixing Late Proto-Geometric pots, she fixes my lovely ducks. Gino just pisses me off. Lovely range of aprons though you have to say! How can a man with that much sheer visceral talent not have worked harder to achieve three Michelin stars? He’s a disgrace to his natural ability and beautiful good looks and stuff. I did hear he’d opened a new restaurant in Euston Station or something though, so maybe he’ll knuckle down and earn those stripes (stars). 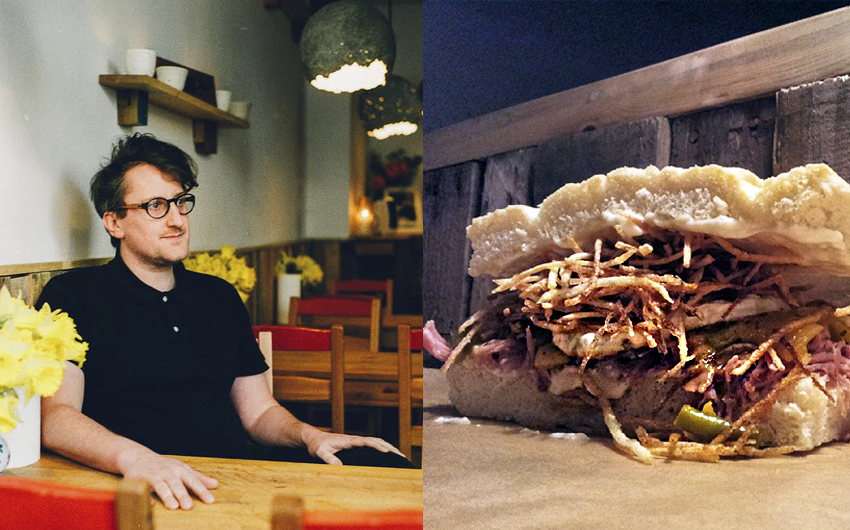 It’s all booze and food. And friends and that. I might not be able to drink and eat this much in reality but I’ll give it a really fucking good go next week and let you know how it goes. Up late. Really late. Like 2pm. Wake and bake a pain au chocolate and drink loads of nice coffee in bed. Maybe a naughty Campari and orange. Walk down to my friend Tom’s restaurant Oldroyd and eat a few truffle croquettes, have an ice cream and drink a bit of Poire William. Walk into Soho. I love walking about places. Straight to Bar Termini for a few sharpeners. Late lunch at Koya Bar. Pints in the sunshine in a Soho street with my girlfriend Holly and all my other bessie mates. Pig out on coffee and mortadella at Lina Stores as a little pick me up. More pints. More pints. Roast duck and pancakes for supper. (Probably at Hungs, but if you lot are paying I’d have it at Park Chinois). Or maybe I’ll be totally devil may care and have the Duck a la Presse at Otto’s. More pints. Trisha’s for drinks til late, maybe some shots at The Cro. Treat myself to one of them posh Ubers home and carry on the party until I fancy going to sleep. Boom.

If you like sarnies or food in general and eat brunch from time to time, you will probably dig these places.

Get Me There
March 24, 2017 by Ben
Finsbury Park, LDNERS, SANDWICHES 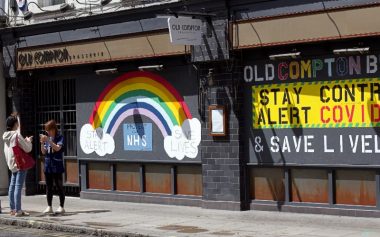 OUTDOOR DINING IS SET TO RETURN TO THE WEST END (67)