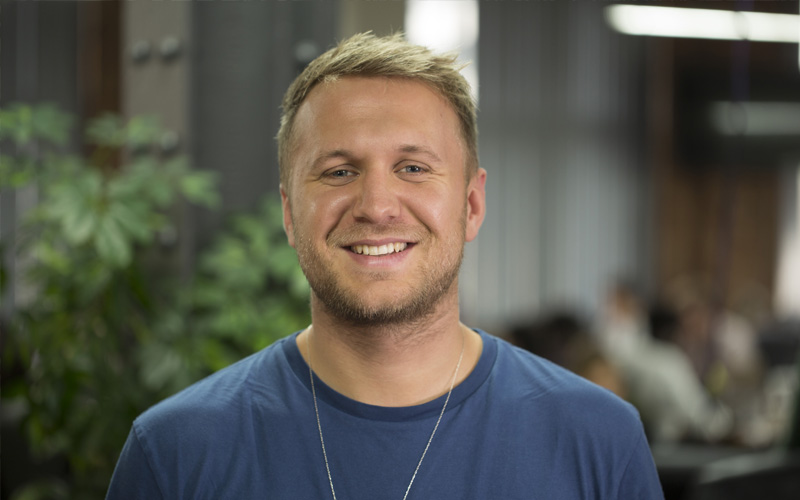 You may recall us blabbering about Twisted London back in November who do those outrageous food mash-ups. Well, the man behind that is Jamie Bolding, who at just 23 launched the Facebook page ‘VT’ which eventually became part of media company Jungle Creations and has a collective following of 50 jaw-dropping million. With over 150 employees across its London, New York and LA offices, they work with some of the world’s biggest brands and are moving into real-life experiences as Twisted London evolves from its recipe video channel Twisted, marking the first time a social media brand has ever moved into the restaurant business. What a guy…

I live just next to Haggerston Park near Shoreditch. It’s a really vibrant area with plenty of bars and restaurants within walking distance (and some cracking kebab houses)! The area is also great at the weekend with London Fields and the wonderful Broadway Market just 5 minutes down the road. We also have Columbia Road Flower Market about 50 metres from our front door, which has such a great atmosphere on a Sunday. Boxpark and Brick Lane are just a short walk away too, and I love taking a stroll along the canal that leads to Victoria Park. It’s very peaceful, laid back, and I particularly like the street art.

Tell us about how you started Twisted?

The idea for Twisted came from the increasingly popular food trend on social media. However, we thought a lot of it was boring, uninspired and lacked personality. We created Twisted with the idea in mind that everything should have a creative spin, be light-hearted and enjoyable for the viewer to watch whilst also being an incredible end product if they went on to cook the recipe at home. It caught on almost instantly with 1 million followers in the first month. Now just over 18 months later we have 10 million followers spread across social media and a truly passionate community, who love our brand and what we stand for.

Tell us about the new food delivery concept.

We always want to connect with the communities that we’ve built on social media. Naturally, this means interacting in real life by offering them a product or service. Our first major investment in this was Twisted Delivery simply because it seemed so obvious. Yes, plenty of people go home and cook Twisted recipes but we think that in an ideal world our viewers would watch the video, reach inside the screen, pull out the end product and munch away. We wanted to make this as much of a reality as we could and that’s when Twisted London was born; watch the video, order the food and it arrives within 30 minutes. The growth has been insane and we will be rolling out across London this year. At the moment we’re based in East London and deliver within a 2-mile radius of there via Uber Eats and Deliveroo but we’ve had so many messages from people asking when Twisted is coming to West, South and North London. We’ve even had people asking when we’re launching in Manchester, New York and Singapore too so we know there’s a huge appetite for the brand all over the world.

What are your fave places to eat out at in London?

I love Shoreditch House, each room is beautifully designed and full of character and the food is fantastic. My go to lunchtime haunt is Petticoat Lane Market where they serve up insane chicken katsu wraps, or Poppies just up the road that serves delicious fish and chips, perfect if I’ve had a few too many the night before! I’ve got a real taste for Thai food too but equally a classic English pub will never go amiss.

This depends on the day of the week but here’s what my perfect Sunday looks like: It would start with one of the awesome brunch spots on Hackney Road near my house. I’d then head to the canal and stroll west toward Angel and grab a pint there. Then I’d jump on a Boris bike back down the canal heading east, stopping off at London Fields for a G&T in the sun and Victoria Park to watch people play sport. Back on the bike to head central and depending on my mood I’d go to a play or stand up show. If I’ve been out the night before, I’d head to one of the boutique cinemas around the area, I’ll load up on Haribos and watch a great film. Walking back home on a Sunday evening when the roads are quiet, listening to music and planning my week ahead is one of my favourite ways to spend my down time.