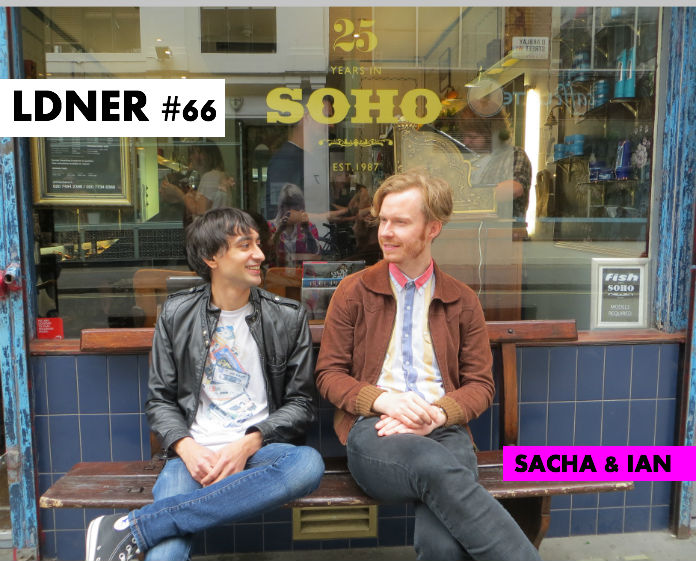 Where you live and what you love about that area?

IAN: We’re both South of the river guys, Sacha is SW and I’m SE so we’ve got it covered. I’m moving to Shooters Hill to live under a water tower which is fun. The area is in easy distance to New Cross, Lewisham and Peckham so right in the mix of an interesting community and very green, SE is surprisingly hilly too which I like.

SACHA: I live Clapham Park way. It was more a case of what I could afford when buying, you’d be surprised how much cheaper it was than anywhere else in London strangely! But Clapham has some charms to it if you avoid the High Street on a Friday and Saturday night dodging the Clapham Pippas and Dans. The Common is great in the summer and there are some amazing places to eat. Brixton is 5 minutes on the bus and of course Peckham is just a little further down the way so there’s always something to do and see. 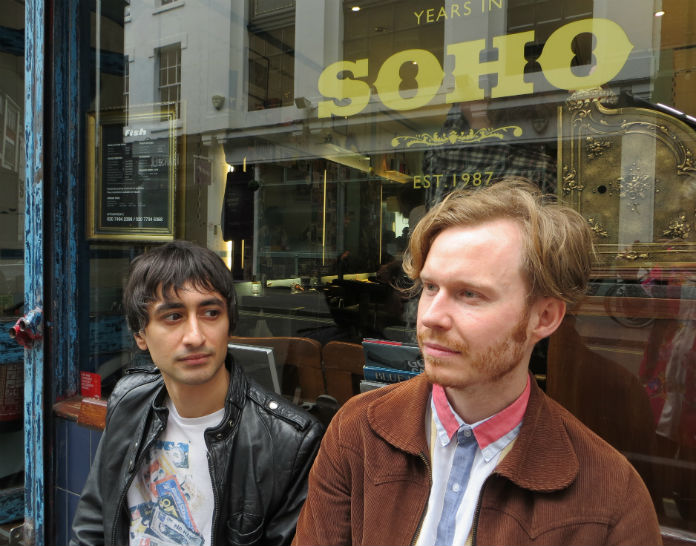 Tell us what do you do for a living?

IAN: Well selling records doesn’t pay all the bills yet (just enough for the next record) so I’m a sports TV producer for the day job. It’s great to keep creative and I’ve travelled all over the place for work…in fact I’m leaving Sacha to run the label to go to Brazil for the World Cup, sorry Sacha. I also write for Loud and Quiet which keeps me busy and I am currently doing a run of features called Record Heads where I interview label bosses of all my favourite independents. So far it’s been amazing to meet some of my heroes like Simon Raymonde (Bella Union), Daniel Miller (Mute) and Jeanette Lee (Rough Trade) and we’ve only just begun the series.

SACHA: Yeah I’ll be holding down the fort. Have to say I’m pretty jealous of Ian heading off to the other side of the world! He’ll hate it though and come back with some affliction. During the day I work in online marketing. I enjoy it as it can be technical but there’s also a creative element to it when coming up with content and strategy and that’s the fun part!

What did you get up to for RSD?

IAN: We’ve got a record out with the fantastic Night Flowers for RSD (in fact a couple of weeks before) which is timely although not a RSD release but to be honest I was working on women’s tennis, Sacha had all the fun that day! I played records that night at home if that counts?

SACHA: Hahaha that counts Ian, yeah I popped along to Rough Trade East I would have gone earlier than I did but I found out people had been queuing since 6.30am! So a strolled down for mid morning, bought a few records, some of which are on the mix we have done and then checked out a couple of bands that were playing. I saw Toy who I’d never seen live before and they were pretty decent. Record Store Day did seem like the most orderly last 5 minutes till the end of the word but a fantastic idea. I had to set a limit on my time and money otherwise my answer to your first question might be underneath the Westway underpass.

What are some of your favourite venues in London and why?

IAN: Some of my most memorable gigs have been in religious spaces, Jens Lekman at the Union Chapel and Laura Marling in St Pancras Old Church were hard to beat. I love the Lexington too and we’ve got a longstanding relationship with the place having run a night there when it was called Clockwork. The Victoria pub in Dalston too has got a certain shambolic charm and I’ve got some find memories of the Amersham Arms in New Cross.

SACHA: Troubadour in Earls Court is a lovely little venue. That is where Dirty Bingo originated and the venue has such a great history and charm to it. For me it had to be The Astoria though, we’d seen so many gigs there so it held some great memories and we even DJ’d there with Vampire Weekend which was a trip. But I have to agree with Ian The Victoria is beautifully ramshackled and always make for a fun time.

IAN: Dirty Bingo seem to have an affiliation with Northern bands having released records with Woman’s hour (Kendal), SHINIES (Manchester) and more recently Night Flowers who originate from Humberside but are now living in Dalston, so I guess you could say they are Londoners! If we’re talking new London bands then I can’t get enough of Blueprint Blue, an exciting proposition that are currently putting a record out through the great indie label Italian Beach Babes.

SACHA: Yeah Blueprint Blue are amazing! I really like Young Romance I can’t quite put my finger on it but they’ve got something going on oh and of course all the London based bands we’ve released! I’m quite the punk deep down so ultimately it has to be The Clash and they were local boys too! Everything about that band is just so fucking cool, their ethos, beliefs, the way they dressed, their music and their influences.

What would be your prefect day in London?

IAN: Deptford Market in the morning followed by a long lunch with mates and a spot of record shopping before going out to see a band, sounds good to me.

SACHA: Hmmmmm well you know you can be a London Zoo Keeper for the day? That! If not and the weather is good I’ll stroll around town, get lost and people watch. Probably end up walking along the river around Borough as that’s one of my favourite places and then head into Soho for some record shopping and then meet Ian, if I’m invited, to check out this band.