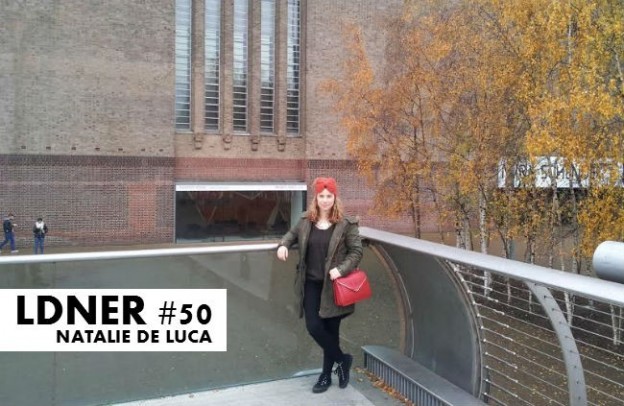 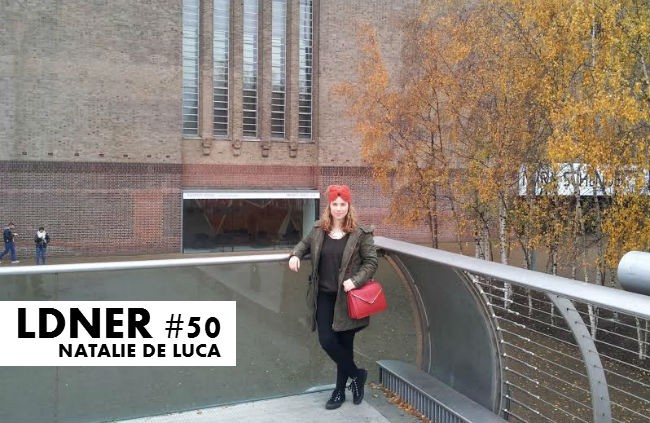 First up we know you live South, but which neighbourhood is home and why?

Currently living in Streatham Hill, it’s one of those areas people describe as ‘up and coming’, which means it’s a bit rough round the edges but actually has lots of cool restaurants/cafes springing up, we have two of the best wood fired pizza places here in Streatham and we even have a Jazz club! I moved here mainly due to money…it’s affordable and close to places like Brixton and Clapham where I have previously lived and love.

What made you start up a blog on South London?

Working in Digital media exposed me to the world of Blogging. I’ve always loved finding different things to do in London and was an avid time out reader, pre free days! So I thought, why don’t I have a go at this myself, I know London, I could tell people a thing or two. With this in mind I then thought I needed to find a niche, I love music and going to gigs so at first thought perhaps this could be it, but then enjoying music and reviewing it are not really the same thing so I didn’t think I was really qualified for that! South London however is a subject I think I know a fair bit about. I was born in Kings College Hospital, Denmark Hill and grow up in Dulwich, my parents still live there now. With a brief stint in Brighton for uni and then the obligatory post uni foray into travelling I found myself back in the South and lived by Clapham Common before a year in Brixton and then finally moving to Streatham Hill earlier this year. The blog started a year ago and has really grown in the last three or four months and will hopefully continue to do so in 2014. 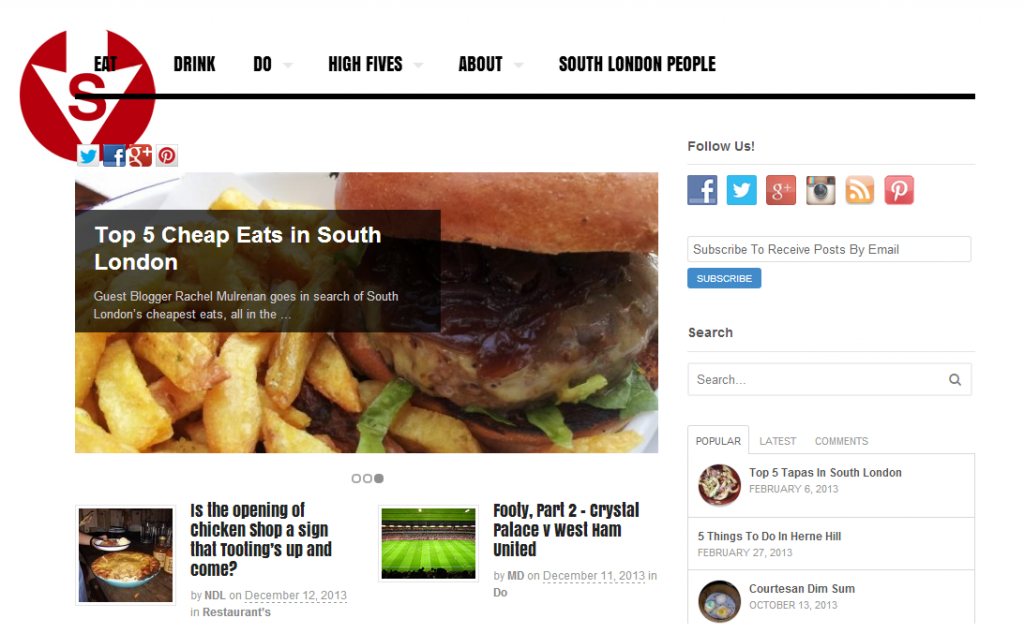 To quote a recent Evening Standard article, “South is not the new East. It’s better’. Now I don’t want to start a war on this, I love East London too. It’s more a matter of the places you know the best become those you love the most, and as your question proves, South London can be somewhat unloved and under-represented. There’s loads of cool things South of the River and I like to think of myself as a Champion of those things. As well as iconic architecture such as the Shard, London Eye and the Dome some of the best parks are in the South, Battersea and Greenwich to name but two. There’s a Michelin Starred restaurant in suburban Wandsworth and the foody culture in places like Brixton and Peckham are really taking off. Hey we’re making our own Beer and Gin over in the South too (Brixton Brewery, Sambrookes, London Distillery). South London also has a great club scene being home to arguably the most iconic clubbing destination, the Ministry of Sound, just round the corner from this you have the Coronet and the Corsica Studios, and then there’s Vauxhall which is fast becoming a hub for London clubbers. There’s also Brixton Academy, which for me has to be the best gig venue in London, why more venues don’t have the slopped floor is beyond me!

We do love a good gig at the BA! So what are your unmissable tips for tourists in south?

The views over London from Greenwich Park are immense and not to be missed. For food markets, Borough market is great but if you fancy somewhere a bit more off the beaten track head to Maltby street market and while your there check out architectural salvage shop Lassco. Walking from Tower Bridge all the way along the River to Waterloo is also a must. 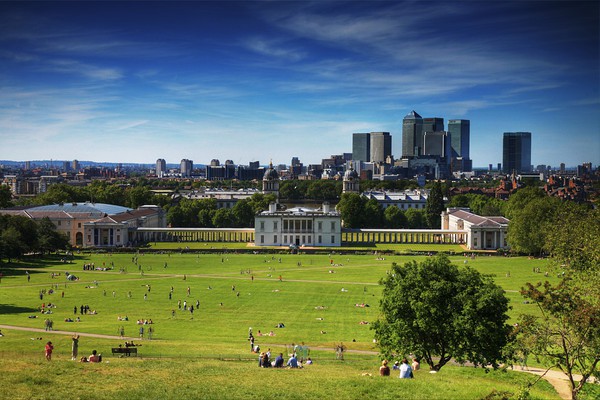 And finally, what would your perfect day in London be?

It would probably involve lots of eating and drinking and maybe a bit of walking in between. Brunch sitting outside at the Lido Cafe in Brockwell Park would be a good start. This could be followed by a stroll around the Tate Modern, I’ve recently become a member here and the members room is Amazing! So relaxing and you have the best views. Some Tapas at Jose on Bermondsey street followed by drinks somewhere along the road or at Seven in Brixton village would top it off perfectly.

Well we’ll certainly be making the journey South more often to check out these tips. If you want to see more of Natalie’s South London exploits then hit up her blog.