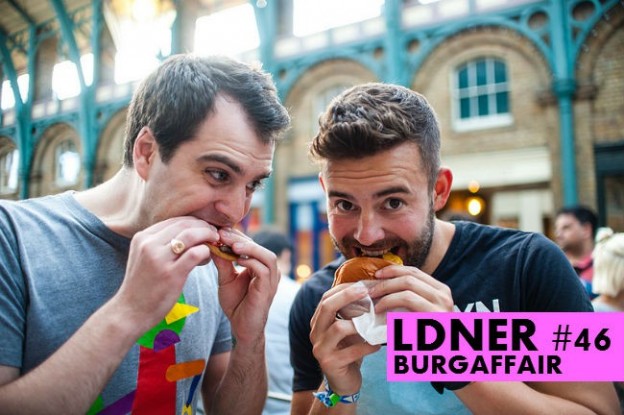 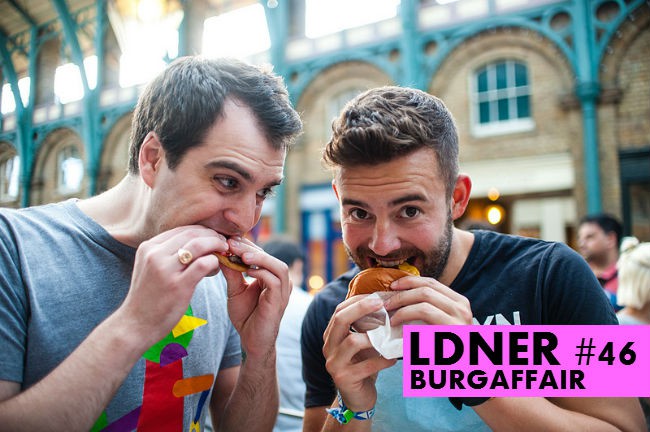 So tell us how long have you lived in London? Where and why?

Whilst we eat all our burgers together we do need some time apart, so we don’t live together. We do however, both live in Clapham, Nick in Junction and Andy in Common. It is great because those two places, although sharing the same first name, are worlds apart. In Clapham Junction you have fantastic character, whilst in Clapham Common you have a great buzz. For every Gail’s Bakery (Junction) you have a Roti Joupa (Common).

And how did you get into blogging and why burgers?

We just bloody love food. When we met up it was pretty much all we talked about, and it still is. We used to argue about where you could find the best burgers, wings, ribs, everything! Every argument we would break it down: “Yeah well, so and so have the best meat to skin ratio on their wings”, “the sauce selection in such and such is world class”. We decided to review burgers as it seemed to be the food that everyone had an opinion on. Also everyone loves a burger right? 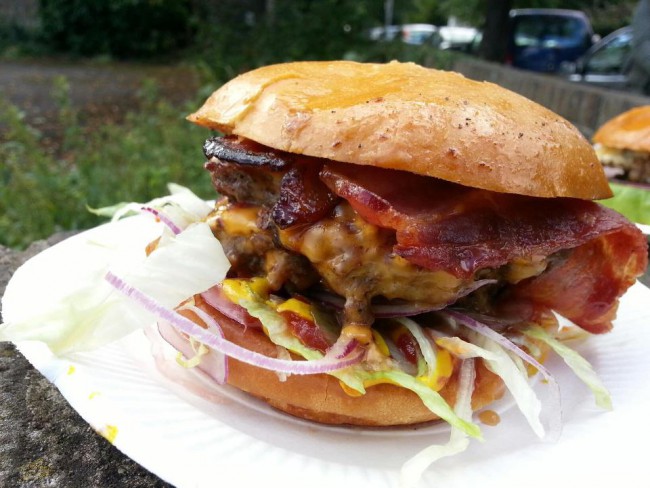 They do indeed! Where is your favourite place to eat burgers in London?

We’ve just crowned a new champion recently, the fantastic Mother Flipper. It’s an independent street food burger stall, appearing regularly at Brockley Market every Saturday from 10am – 2pm, and often seen roaming around London at various street food events. They’ve been absolutely smashing it recently and their Double Candy Bacon Flipper is just perfection! EVERYONE must try this burger. Having said that, the standard is so high now, we would happily chow down any of the top ten right now.

We agree – there are SHIT loads of burgers! So how do you rate the burgers you review?

We use a league table as we feel the humble burger can be broken down into four elements: Patty, Bun, Toppings and Structure. Each element is scored out of ten and Voila! The League Table starts to take shape. Currently there are 32 joints (and rising) in the table, ranging from American giants such as Shake Shack and Five Guys, all the way down to the small independent market traders such as Mother Flipper and Burger Bear.

Probably sitting in our pants watching The Simpsons. No, not really. Give us a food market and some London craft beer and we think we would be pretty set for the day. Make sure it’s a weekend too, as calories don’t count then.

Wanna check out that league table then head over here now… www.burgaffair.co.uk