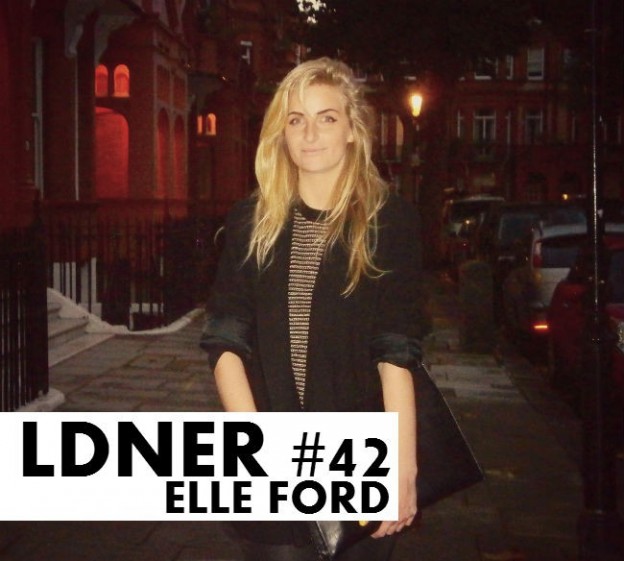 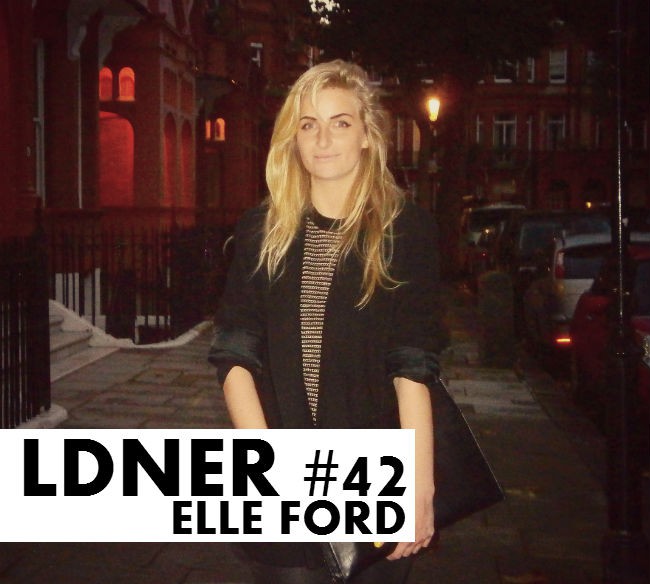 How long have you lived in London? where and why?

I’m a born and bred Londoner, despite being half American, I grew up south of the river. My Mother is an American gone to Paris, then London, and I went back to Paris with her quite a lot. I think between the people and places I saw in both cities I decided that fashion and art were something terribly important that I wanted to be a part of. As a student, I then lived all over the place, but mainly as close to the West End as possible. It’s only in recent years that I’ve hung out in the East End, now I love it, there’s so much going on there!

There is indeed! So tell us more about the book?

It’s a light-hearted, look and lifestyle guide for young Londoners or those travelling to the capital, but I’ve included only the most extravagant steals, places and purchases, for the best lifestyle/ bank balance ratio! I wrote it while I was studying at University.

Originally, it was just a guide that you could throw in your handbag and flick through when you wanted some ideas for things to do and buy in town, but since May, I’ve now got a blog, an ever-growing team of Stealers running all over town to find the best spots, and a radio show! I teamed up with the amazing East End DJ, Irune ‘Rue’ Chamberlain, playing eclectic electric music and sharing new London steals from midday till 2pm on Hoxton FM on Saturdays. We’re hoping to host events in the New Year, but for now I want to showcase a London that doesn’t look cheap, but is!

What made you decide to put pen to paper? Why not just do a blog?

I was lucky enough at University to start working for the brilliant independent publishers, Blackbird Digital Books, between being part of that team and my other varying jobs as a student I had the idea for writing a guide book that threw in a little bit of everything different London had to offer, but it had to be a steal!

London is one of the most vibrant, alternative and culturally international cities in the world. We get praised for having the boldest and most diverse street styles and lifestyles, which is one of my favourite things about London. I wanted to celebrate that in a guide book showing some of the ever-increasing, amazing things out there to do and buy. I’ve included many lesser known gems but also some accessibly swanky places for all important coffees, (happy hour) cocktails and nights out.

You obvs have an eye for budget – what are your top tips to help us bag a bargain?

Location matters when it comes to vintage stores and charity shops. Try charity shops in the best areas for season-just-gone designer steals, like the British Red Cross just off the King’s Road, or head to the vintage kingdoms around Spitalfields and get to know the shops. Knowing when a shop gets new items in will ensure you get to the good stuff first!

And finally, what would your perfect day in London be?

I like to cram as much different stuff into my days off as I can – I tend to cover a lot of ground! So I’d grab some friends and start the day with a coffee at Sketch, which I absolutely adore, then head to a gallery – either the Saatchi on Duke of York Square or some smaller galleries around Hoxton Square. After that a caffeine stop at one of The Breakfast Club(s), the ones in Hoxton and Soho are my favourites. I’d probably spend the afternoon strolling through vintage markets, Spitalfields never fails. At the moment I have a lot of time for rooftop bars! So I’d probably then pop up to the Queen of Hoxton or the balcony of the Punch & Judy in Covent Garden.

Thanks – some great tip we will definitely be checking out! If you want to hear more from Elle pick up a copy of her book, your bank balance will thank you later.