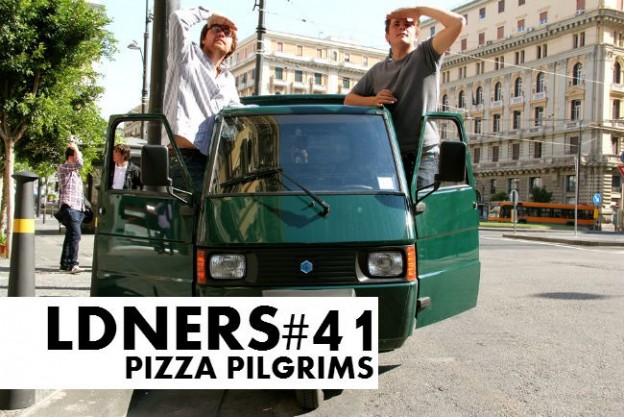 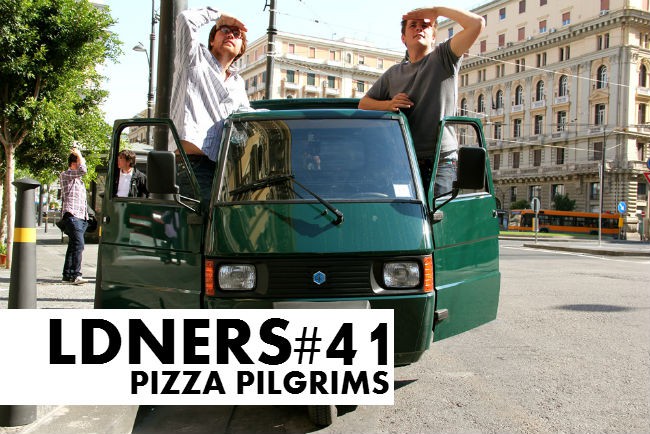 WELCOME James, tell us how long have you lived in London, where and why?

I’ve been in London for about 5 years now and ended up in Shepherd’s Bush. I can’t really fly the flag for Shepherd’s Bush being a cultural metropolis but that’s how I like it. Working in a busy restaurant in Soho 6 days a week, it’s nice to head back to ‘the bush’ where nothing happens and you can SLEEP!

It’s hard having such a successful restaurant right…What did you do before the days of Pizza Pilgrims?

Thom actually had a pretty good career in advertising and was well on his way. I will always been very impressed with the fact that he gave it up to take a punt on a 3 wheeled van with a pizza oven in the back… I was working in television and was terrible at it. The move into food couldn’t have come quicker! 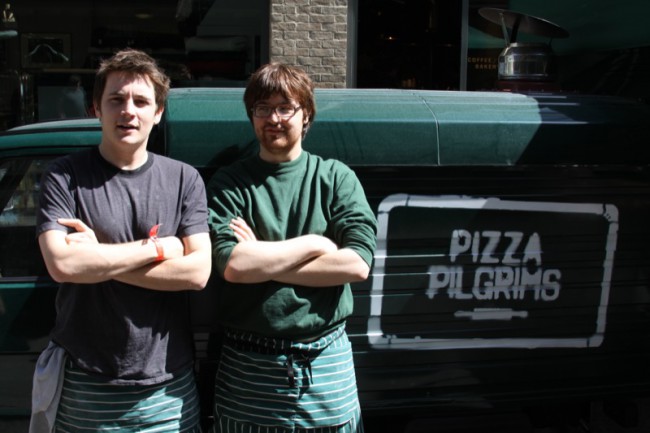 Why did you decide to set up PP? Any tips for street food people wanting to start a pop-up?

Boringly, it was a classic “sitting in the pub, bitching about work over a pint” situation. At the time Yanni had just started with Meat Wagon and it just seemed like a really accessible (and more importantly, cheap) way to get into the food world. My tip for anyone wanting to start a food business is “Go for it!” and say yes to every opportunity that comes your way (within reason……

What was behind the decision to go from pop-up to perm?

I think after working for big companies it was such a relief to be able to do what we wanted. It’s been so much fun watching the business develop and I think we’ll always jump at opportunities that come our way. We got our first taste of running a restaurant in the form of a pop-up with our rooftop pizzeria Forza Win with our friend Bash Redford. We loved having people for the whole evening and to be able to serve a drink with our pizza was great. 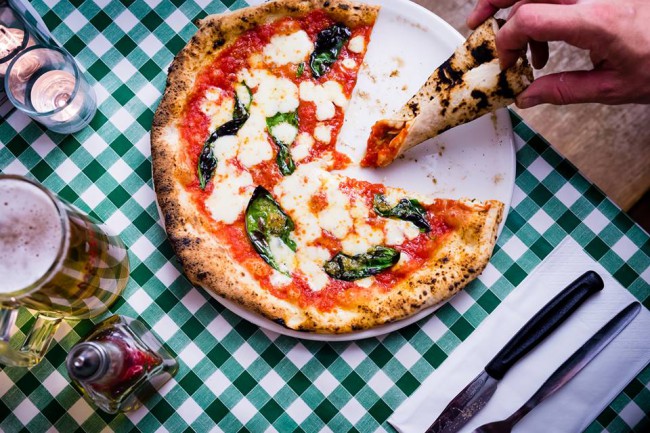 Where (except your own joint) can you find amazing pizza in the city?

I really think you can count the really good pizzerias in London on one hand. Obviously the guys at Santa Maria and Franco Manca know what they’re doing, and they’ve been really supportive of us new guys coming in which has been great. Apart from that there’s Pizza Metro Pizza in Notting Hill and Homeslice in Covent Garden. A lot of pizza is good, but I’d say these guys are a cut above the rest.

A tough one, depends on the day. If it’s been a long week then there isn’t a much better way to spend the day than back to back films in the cinema. Otherwise, last week we went for a roast at Hawksmoor, amazing value and the best Sunday roast in London. Follow that up with beers at the Dove on the river in Hammersmith and I think you’re pretty much there…

Cracking, keep up the good work guys! If you ain’t been to Pizza Pilgrims before get down there sharpish and make it even busier. It’s the sizzle bizzle…

PICS BY THE GOD THAT IS PAUL WINCH-FURNESS