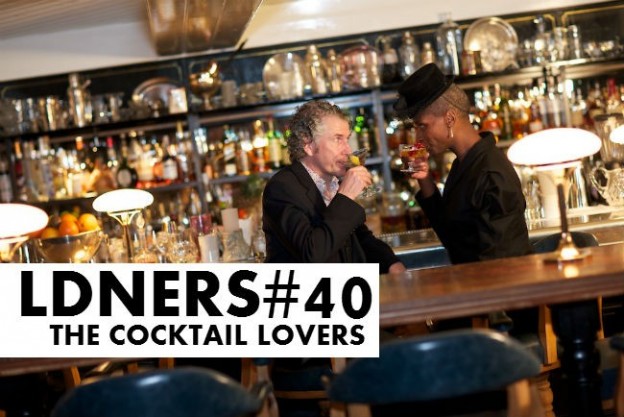 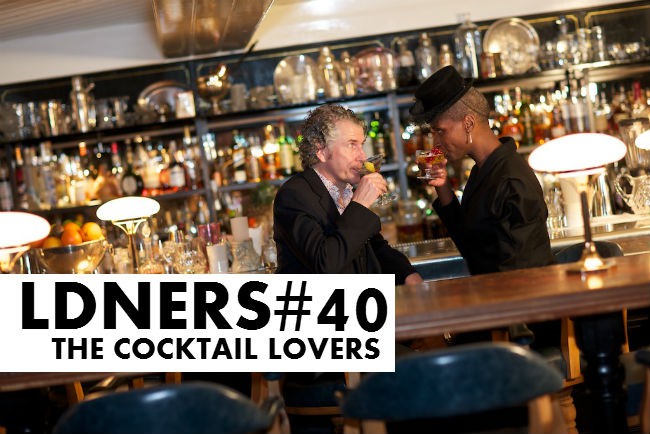 Hello Sandrae and Gary! First up tell us how long have you lived in London, where and why?

Sandrae: We’re both born and bred Londoners. We grew up three blocks away from each other in the East End but didn’t meet until ten years ago when Gary stopped me in the street. It wasn’t in a creepy way, more of a ‘you look nice, ya-di-ya-di-ya’. The next thing we’d exchanged cards and arranged to meet up for lunch.

We’re now married and live in Bloomsbury, just around the corner from where we met. It’s a fantastic part of London – very historic, very bustly and really central without being right in the thick of it. We pretty much walk everywhere which is perfect for getting to and from all of our favourite bars.

Love at first sight one might say! So when did you set up The Cocktail Lovers?

Gary: We set up The Cocktail Lovers five years ago. At first, it was a blog to share our cocktail experiences and to big-up the many exciting bars and bartenders in London. At the time, London was going through a dramatic shift on the bar front and people were being more experimental in their drinking habits, opting for cocktails rather than bog-standard wine or beer. Back then, we were both working in full-time jobs – me as a Creative Director for companies like Saatchi & Saatchi and Leo Burnett, Sandrae as a journalist at the likes of The Daily Telegraph and Sunday Mirror as well as a freelance journalist and magazine editor.

Two years ago, we decided to work on The Cocktail Lovers full-time. We set up The Cocktail Lovers Magazine, a quarterly publication which is aimed at consumers but also read and enjoyed by the trade. In it, we include everything from fashion and food to travel and recipes, in fact, all of the elements you expect to find in a regular lifestyle publication but covered from a cocktail lover’s perspective. It’s available in print and digital formats and can be found in bars, member’s clubs, 4- and 5-star hotels and airport lounges, mainly in the UK but also selected outlets in Amsterdam, Paris and New York.You can also getting by dropping us a line via our site thecocktaillovers.com.

Well you obviously know a thing or two about booze! Where are your fav bars in London?

Sandrae and Gary: Ooh, that’s a tricky one depending on whether we want to be suited and booted or just relaxing in jeans.

The Artesian at The Langham hotel is always a favourite – it’s posh without being intimidating; Alex Kratena and his team are the nicest guys you’ll ever meet and their drinks are absolutely sublime with innovative garnishes that are guaranteed to make you smile. The Connaught is another five-star fave.

Opium Cocktail & Dim Sum Parlour is fabulous. We love the bartender’s table upstairs where you can have a go shaking up cocktails if the mood takes you. They also serve excellent dim sum to go with the drinks list.

When we’re in playful mood there’s the Blind Pig, upstairs at the Social Eating House. Again, brilliantly made drinks, great atmosphere and cool setting. Callooh Callay is another seriously good bar that doesn’t take itself too seriously. Ditto London Cocktail Club where the sound track takes in everything from Bon Jovi’s Living On A Prayer to Salt N Pepa’s Push It and the evening usually ends with the staff and customers dancing on the bar.

What about at home? Can you give our readers a recipe they can knock up in the kitchen?

Gary: A sour is the cocktail of champions – it calls for very few ingredients, follows a simple ratio, works well for whatever spirit you like best and can be easily adapted to suit your palate – just add more sugar syrup or lemon to your particular taste.
(You can use an egg cup for your measure, just follow the ratios below)

Basic sour recipe
2 parts of your chosen spirit (whisky, gin, brandy, vodka, rum)
1 part lemon juice
0.5 sugar syrup
3 dashes of Angostura aromatic bitters
Shake all ingredients together over ice. If you don’t have a fancy pants shaker, use a Kilner jar instead. Pour over ice into a rocks glass or serve straight up in a Martini glass, garnish with a lemon slice or cocktail cherry.
Tip: for more body, you can add an half an egg white to the mixture. If you do, shake all ingredients together without ice to emulsify the egg white, then add ice and shake again. Serve as before. Delicious! 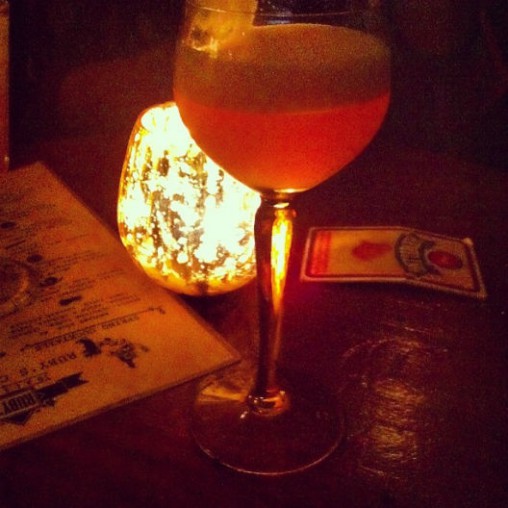 Sounds like we might even be able to make that one…we can but dream! Finally what would you perfect day in London be?

Sandrae and Gary: It would start by waking up in one of the ‘Bigger’ rooms at the Dean Street Townhouse, then a nice wake-up call with a steam, body brush and massage at Porchester Baths. Next we’d go for a a good old London breakfast at Maria’s Cafe in Borough Market – sausage and bacon butty with a cup of builder’s tea. Followed by a walk along the South Bank, stopping at the Tate Modern for a bit of culture, Oxo Tower for a cup of posh coffee and on to the London Eye for a twirl over the capital. By then we’ll have built up a thirst so we’ll take a taxi over to The American Bar at The Savoy for a Corpse Reviver #2 cocktail served by the always impeccable Erik Lorincz, before a spot of fantasy shopping on Bond Street and Savile Row. Time for a late lunch. We’d mix it up by heading over to the fantastic new development at King’s Cross to hang with the arty crowd at Grain Store, Bruno Loubet’s fab restaurant where the vegetables are the star of the plate. It’s fresh, funky and very inventive, particularly when teamed up with one of Tony Conigliaro’s excellent cocktails.

From here we’d go to Regent’s Park for a leisurely stroll before popping over to the Wallace Collection just because. Early evening cocktails at Artesian, before taking in the cabaret at the Crazy Coqs and a light supper at Brasserie Zedel. Lastly, one more trip to The Savoy for a night cap at the Beaufort Bar, probably one of the sexiest, most smouldering bars in London and the perfect spot to end an evening. 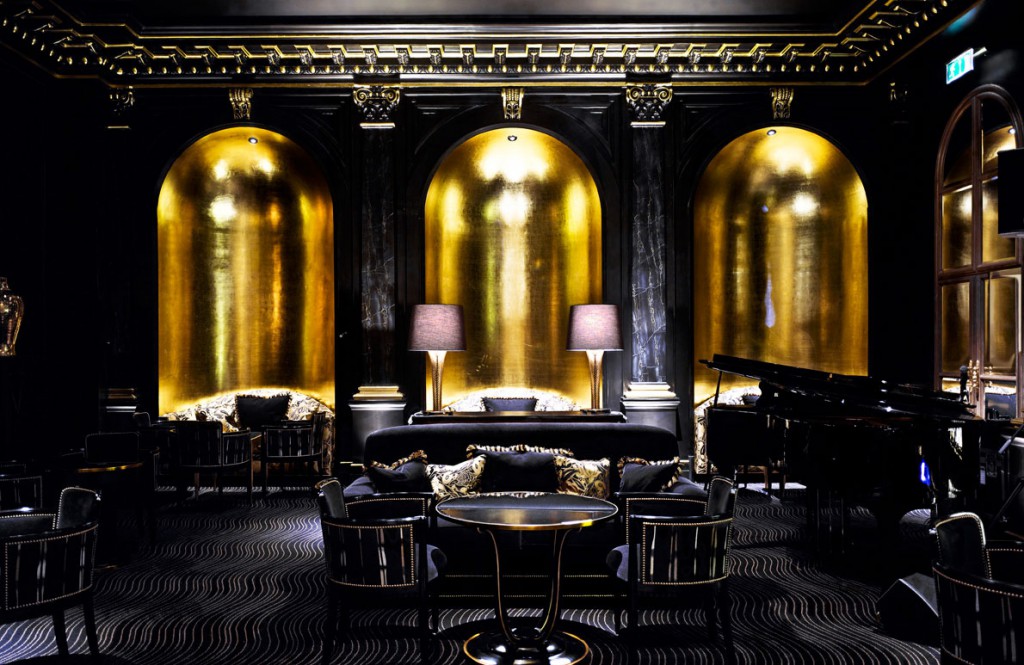 That might just be our best answer yet! Can we spend it with you?? If you like what you read folks and want to check out more of the same hit up the website www.thecocktaillovers.com. You won’t be disappointed!