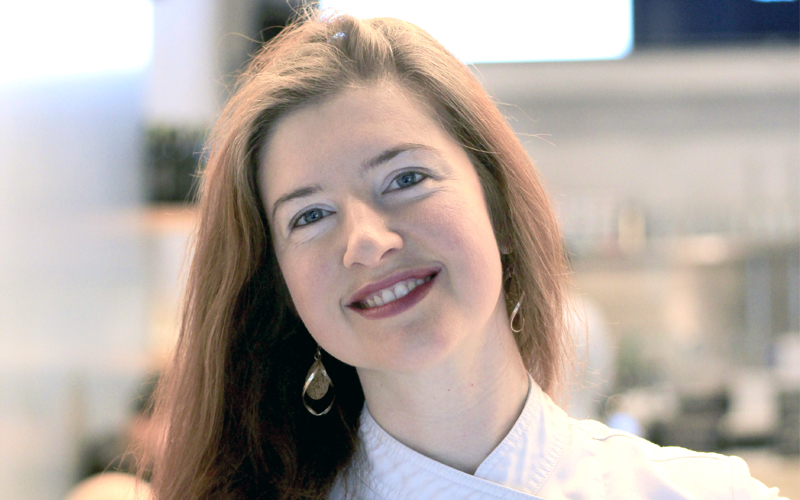 This week’s LDNER knows vegan food inside out, after switching careers from a skincare buyer to chef and training at the esteemed Matthew Kenney Academy in LA before joining the kitchen at Shoreditch’s Essence Cuisine. Meet chef Stephaele…

I live in Bermondsey and I absolutely love the area. I live in a big house with a garden, lots of trees around it doesn’t feel like I’m in London at all! It’s my escape from busy Old Street where I work and always love to come back on my bike.

Coming from France, becoming a vegan chef was probably not an obvious career path! How did you get started in the industry, and when did you start cooking vegan?

That’s a long story! Indeed being a vegan in the country of La Gastronomie has been quite a challenge, but things are starting to evolve towards that new lifestyle, even in France! I use to work as a Buyer (Purchasing Manager) in the healthcare and skin care fields, I was choosing the companies I was working for as per their ethos, selling products that were actually encouraging a positive impact on the planet (organic industry). I became vegan further to a discussion with a friend, even though I had been a vegetarian all my life. from that point I became totally passionate about vegan cuisine. So many new and intense flavours! How come I never tasted such things before?! Switching job came later, as I realised I had had enough of sitting in front of a computer all day and handling a high level of stress. I decided to start doing something I really enjoyed: cooking! After some research, I found the Matthew Kenney culinary school. I was completely hooked! His culinary style is unique and the way he prepares the food, using techniques that keep all the nutrients intact and reveal vibrant flavours I had no idea could exist.

Before working at Essence Cuisine, you attended the Matthew Kenney Academy in LA. What was that experience like?

I loved all the steps of it. I actually did distant learning and I went to LA to get trained before Essence opened. It’s been such an amazing experience training in ones of MK’s most famous restaurants, Plant Food and Wine and Make Out.

Vegan seems to be the biggest food trend in London at the moment – why do you think more people are considering vegan diets?

I think it’s just the way forward. Everything seems to point to this diet, or should I say lifestyle; the media shows more and more the connection between health and consumption of a wholefood plant-based diet (check out the great documentary Forks Over Knives), animal welfare gets more and more considered, environmental issues… The fact that it’s happening so much in London is probably down to the fact that people are more informed and probably also the population is a bit younger as studies show that veganism is rising among the younger generations.

Cycling alongside Regent’s Canal, wandering around Camden Town with a few stops on my way to grab some delicious vegan bites, a walk through Regent’s Park to digest and enjoy its beautiful paths.

Into vegan food? Check out our fave vegan places in London right here.