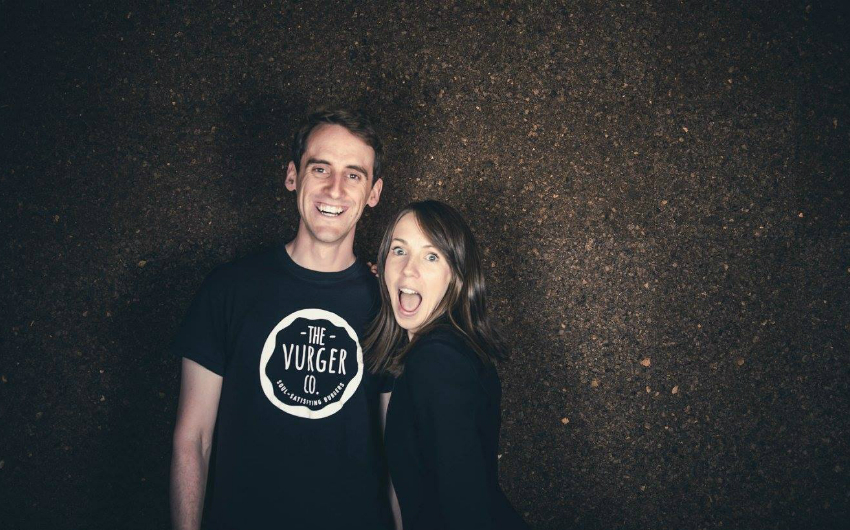 Plant-based food is seriously hot right now thanks to companies like The Vurger Co, who are creating mega burgers that showcase just how good vegan food can be. Our LDNER this week is one half of the brains behind this burger operation, meet Rachel Hugh…

I live in Stratford, East London! Having moved from South Wales to London back in 2008, I knew East London was the place for me. We moved into a gorgeous place in Hackney Wick just before moving down the road to Stratford and we watched the Olympic Stadium being built from ground up, it was such an exciting time to be in East London. We’ve watched the area literally grow from nothing to having Westfield, gorgeous independent restaurants and is home to the Olympic park – definitely can’t get better than that!

Tell us how The Vurger Co was born and the inspiration behind it.

Well having been in London since we were 22, we have been spoilt by the insanely awesome selection of restaurants, pop-ups and independents that call London home. However what made me switch from a career as a fashion buyer to new found restauranteur is a crazy story. Neil, my partner in crime in The Vurger Co, has suffered with stomach issues pretty much for 10 years. We blamed it on everything from stress to tiredness, and no doctor we saw could find a test to suggest otherwise. So when we both turned 30 in 2016, we took a road trip to California to celebrate and it was life changing! We couldn’t believe how well you could eat plant-based food there, that was considered to be so normal and so delicious. 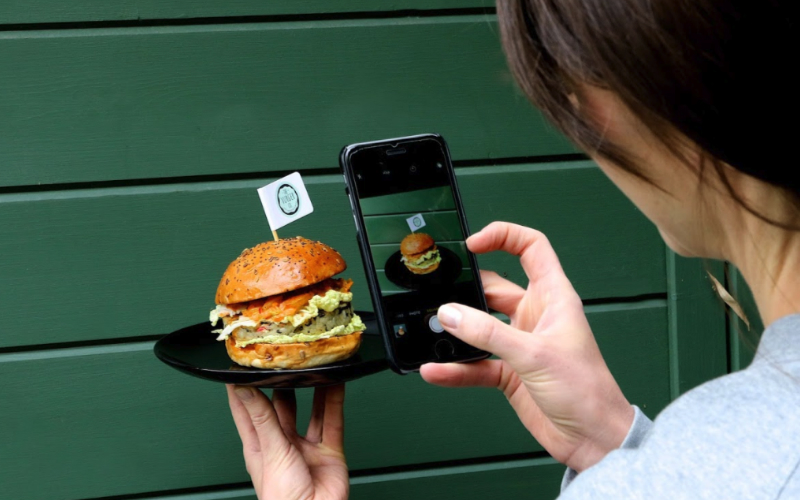 When we returned to London, we felt very let down by the options in London. If we asked a chef for ‘vegan’ anything back in 2016, sometimes we were laughed at, even frowned upon for asking for such a thing! Justifying our actions on a daily basis became frustrating, when all we wanted was just a damn good vegan burger! This was the lightbulb moment, if we were to create a completely delicious vegan burger offering, that simply highlighted the best in seasonal veggies, that appealed to everybody in a mainstream environment, maybe people would see the joys in eating this way and not all the stigmas usually surrounding the word. And so The Vurger Co was born!

We hear you smashed your crowdfunding campaign…tell us how this happened?

Thank you so much guys, yes what a crazy few months we’ve had! We knew that to change perceptions of plant based food, the environment and the product is key, as nobody until now has managed to dedicate a menu to plant based burgers and do it in a really fun way with mainstream appeal. However the real challenge for a small business is how to get yourself out there, and how to get as many people to try and talk about your food as possible. So we started as a market stall in North London, just to test the water, this was alongside our full time jobs at the time. After seeing initial success we knew we had to demonstrate our position in the market and show that we are trying to become a restaurant…that was our goal! So we teamed up with a friend of ours who we met on Instagram through a competition, and she helped us film every single pop-up, event, festival from November 2016 – June 2017 to capture all of the important moments we knew we’d never see but would be instrumental to showing prospective investors just what we’re all about. 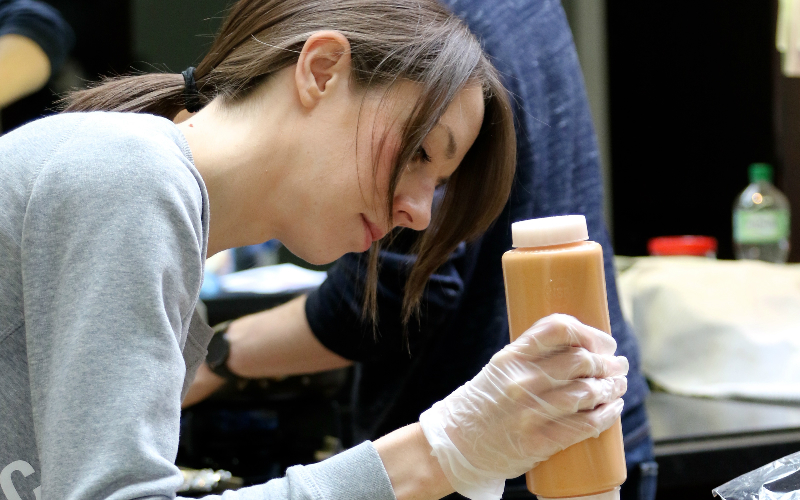 So that’s how long we had been planning for our Crowdcube launch – 8 months! It’s so easy to see a company ‘go live’ and smash their target and think how easy it was, however in our 8 months, we knew building our brand was instrumental to its success. So we reached out to and chatted to as many industry insiders as we could to gain as much knowledge as possible. We consistently took every opportunity to build our brand, get our name out there, attend events that aligned with who we were and build relationships with key influencers who have today become our super fans. One thing we always demonstrate is how grateful we are to those who have supported us from the start, our customers, our family and friends, because it truly is the power of the crowd that can make or break your campaign.

What do you think the future of vegan food is?

That’s a great question! Vegan food options are springing up more than ever before in London, unlike the time where I described above about being laughed at, in fact it’s almost encouraged today. More and more chain restaurants want to capture their slice of the market, which is both quite intriguing and of course encouraged. They have the ability to put a vegan dish on every street corner of London, and why not! What’s intriguing to us, and what we have always said from day one, is how little the humble vegetable was celebrated on menus until very recently. The vegetable option on any menu used to be considered the ‘side’ the ‘add on’ the last thing anyone would chose. However what we have encouraged, since day one, is how fantastic your food can be when you take the humble vegetable and get creative, placing it at the centre of the dish. Vegetables can be delicious, indulgent, treat foods too – take our burgers as examples. We want to keep celebrating the natural produce, but showing just how incredible they can be, that’s how we want the future of vegan food to be viewed. For it to be convenient, delicious and simply part of your daily life. 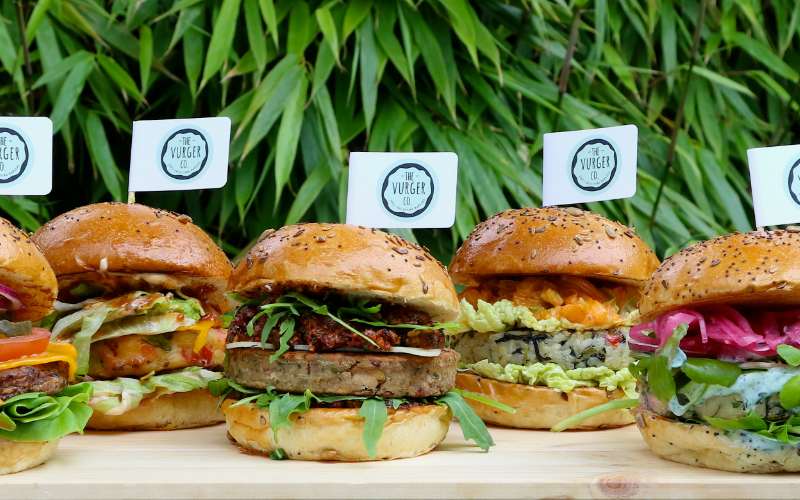 I have so many perfect days, but I’ll tell you the one I’m dreaming about right now! So I would wake up super early, head to Hyde Park for a walk through the crisp winter trees, then head to Berner’s Tavern for a quick breakfast. If you ask nicely, they do the best vegan pancakes with banana! Then I would head to the Natural History Museum, their ice skating rink opens at this time of the year and literally makes me smile from inside out. After that I’d head back East, I adore roaming around Spitalfields market – there’s always a pop-up on LOTI Loves that I have to go to (thanks guys!) After a quick wander down Brick Lane I’d stop off in Cookdaily Boxpark to warm up – the most sensational vegan food. I feel alive in Shoreditch, it literally inspires me. The perfect end for me would be surrounded with friends and family in a restaurant that everyone can enjoy, like Vanilla Black in Chancery Lane, before heading back home to sleep. Home is where the heart is. It’s dreaming of days like this that make me so grateful to live in the best city in the world!