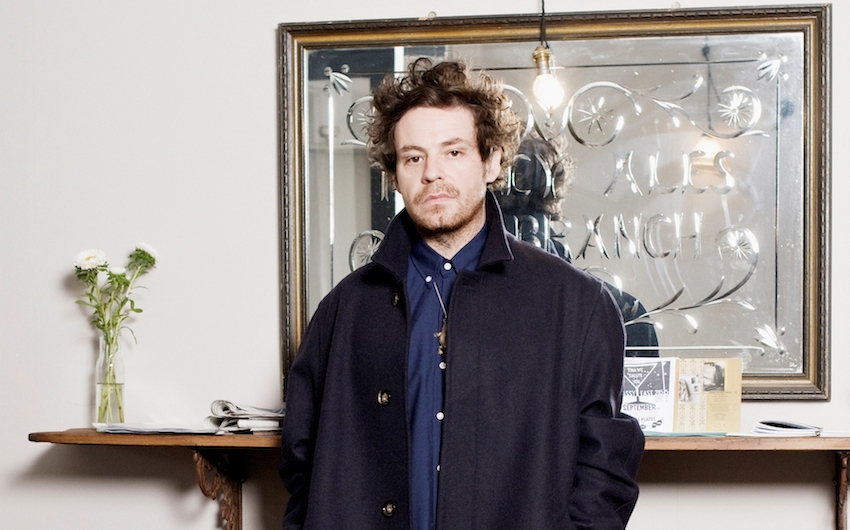 Ever seen a ballet dancer dancing on the Thames? Yeah, we hadn’t either until our LDNER this week, Mark Donne opened our eyes. Making films about the times that we live in today, we spoke to him about his latest work “Listening with Frontiersman” (featuring a ballet dancer, Britain’s most dangerous waterway and a missile testing base) as well as living in London and working with famous names on his projects…

I live in Hackney, in Stoke Newington. It’s changed and is changing a great deal and much has been lost, whilst stuff has also been gained I guess. I most love living in the confluence of well-established Turkish and Jamaican communities, for the friendliness and especially for the food which is extremely good. I’ve been going to the same Jamaican (Junior’s on Nevill Road) for over 15 years. The area has some charm, some good pubs and a really beautiful park in Clissold.

Your most recent work, ‘Listening with Frontiersman’ is based around the Thames Estuary and the themes of danger and security. Talk us through your inspiration for the film and the thought process that took it from conception to the finished article.

I wanted to make something that responded in some way to the central issue of our age (the movement of people) and the vivid/dangerous/dramatic action of that movement itself, via waterways. And I wanted to say something – in that toxic post-Brexit vote atmosphere – about why people might leave homes/communities/families to seek safety and security. And ultimately I wanted the audience to think about what role UK transnationals selling bombs, missiles and drones to despotic countries might play in that process. So, er, a ballet performance on the most dangerous waterway in Britain in front of a missile testing base seemed a good idea!

Your films often have dark undertones and political or social themes, what is it about the particular stories or topics you wish to represent that captures your imagination?

For me I genuinely don’t set out to make political work. I don’t start with an agenda, an ideology to promote or an axe to grind. All my work has simply responded to the times I live in. I have made films about what is going on around me at a given moment. The cord that joins them is their urgency, and the challenge of rendering them to people in a different way, in the hope that people will get something emotionally or intellectually different from that situation or picture.

Big names such as Carl Barat of The Libertines, Thom Yorke and Robert Del Naja of Massive Attack have provided musical scores and soundscapes. What do you think is more important in film, sound or visuals? Why is sound so important?

They’re of equal importance I think if you want to articulate a story well. I’ve always loved but felt intimidated by sound and music. I’m in awe of that power to transform your state of mind. I’m mindful of that potency, I love it, but it’s a force that I think you have to use with care. I’m very lucky in terms of the musicians I’ve collaborated with; they have an emotional intelligence as artists, as well as musical brilliance, so the understanding of projects is always paramount.

Well, for late Autumn/early winter specifically … wake up very early in a 4 poster in the “Rook’s Nest” at The Rookery Hotel up an alleyway in Farringdon, shower while looking at the dome of St Paul’s; black cab (not Uber) to Billingsgate Fish Market to smell the river and watch the frenetic trade and huge characters at work over a death black coffee; scrambled eggs at Pellici’s on the Bethnal Green Road; walk them off with a yomp to the Strand, the Courtauld Gallery, and have a look at some Gaugin’s (“Nevermore” especially); wander up through Marylebone, have a good nose in the big Oxfam bookshop there, then to Baker Street for a long lunch at the Galvin brother’s Bistrot De Luxe (Onion soup, then Beef Wellington & buttered sprout tops will do it) … walk up to Regent’s Park for some air – possibly a romantic frisson with a fresh faced jogger; black cab again down to The Cut in Waterloo to see whichever most appeals between the Old and Young Vic theatres – either will be world class …. last orders at the French House in Dean Street, text a few mates to convene and then travel the night well into next morning at Gerry’s (Boogaloo, Highgate) for some piano, Guinness and Irish whiskey.