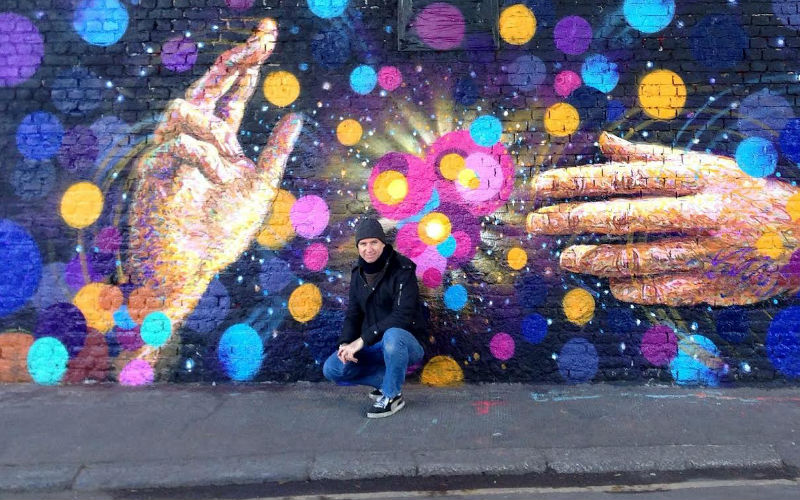 Beginning his career by helping to develop an underground graffiti movement in Australia during the early 1990’s, James Cochran, aka Jimmy C skyrocketed into the public’s attention in the UK when his Bowie mural in Brixton became an unofficial shrine last year. We spoke to him about his inspirations, his background and the reasons behind his decision to paint famous faces…

I live in London Fields. I have always been attracted to the East for its artistic culture and particularly for the street art. In London Fields there is Broadway Market and Victoria Park nearby so we have good restaurants, trees and parks on our doorstep. It’s a nice bike ride into the Shoreditch area or through to the city. Hackney Road has seen a lot of rejuvenation in recent years but an artistic community is still hanging in there. The Columbia Road Flower market is also nearby where I lived for quite a few years. I still have a tradition of going there on Sunday to say hello to my friends and to grab a coffee. 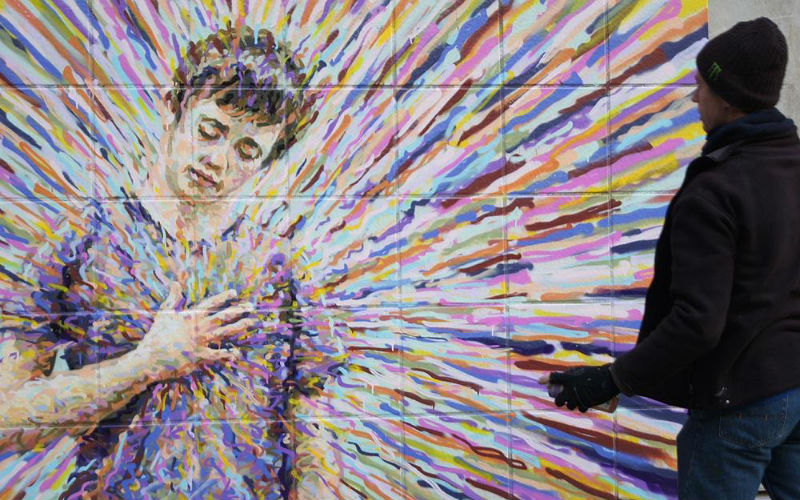 Taking inspiration from pointilism, your artwork is made up of bright dots and dashes, what attracted you to this style?

Although most people associate my work with pointillism it was not the initial inspiration behind my work. It was my work with indigenous artists in Australia that got me thinking about dots, but because my training and interests were in figurative realism, my experiments with dots started to look similar to Impressionism. From there the drip paintings developed and then the scribble paintings, which follow a similar method with the paintings being composed of layers of colour. What I like about it is trying to convey a feeling of energy in the painting.

How do you decide who or what to paint next, where do you get your inspiration?

All my portraits used to come from people I had met, particularly on the street, so for many years I focused on the marginalised human subject in the urban environment. It was only later that I started painting more famous people that I had not met, but who I respected for their artistic achievements. Then sometimes the subjects are more from the imagination where the paintings explore the way we connect to the world around us, which in my work is often depicted through the use of the circle or the sphere. My favourite artwork changes all the time but I like a recent work I did in Adelaide at the start of 2016 because it drew all the elements together that I had been exploring in relation to the connection to nature and the world through the heart. 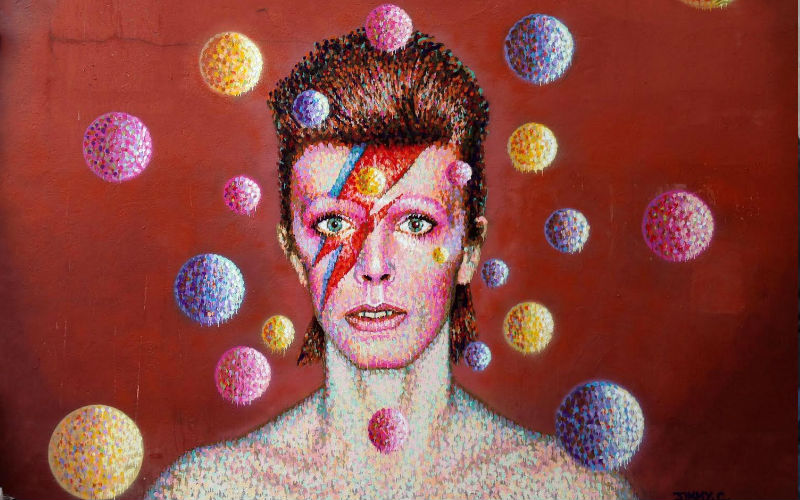 At the beginning of 2016, your Bowie mural became an unofficial shrine and became the focus of worldwide media attention…how did that feel?

It was a little surreal because the news of Bowie’s death was so unexpected and then the events that followed were very moving, the way people came together in Brixton to celebrate his life and music.

That would be on a Saturday doing a late morning session of painting in the studio then strolling through Broadway to get my lunch and a juice from Organico. Back to the studio for a coffee and some more painting, then if the weather is nice, a late afternoon stroll in Victoria Park, then dinner at The Premises on Hackney Road.