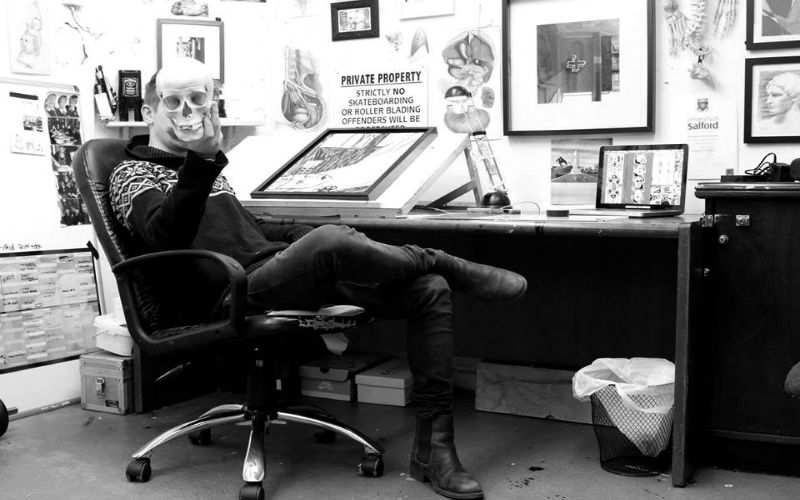 We’ve found ourselves in a sticky situation with this week’s LDNER Benjamin Murphy, an artist who works almost exclusively with black electrical tape. Creating images that are inspired by poetry and literature, we catch up with Benjamin to find out how a drunken night in with a friend resulted in artwork that has been exhibited alongside Picasso, Damien Hirst and Gilbert and George…

Where in London do you live and what do you like about the area?

I’ve lived in Whitechapel for about 3 years, as well as having my studio here. It’s 40% Bangladeshi, so the culture is very vibrant and colorful. I like that I live in amongst a culture that is different to the one I’m used to, and I think it gives me a nice perspective on things. The area is predominantly families, so there is a real community feel despite it being in Central London.

How did you get into using electrical tape as a medium for your artwork?

I did it whilst at university studying for a masters degree in Contemporary Fine Art. Me and a friend were drawing on his walls with it one night when we were drunk, and I continued using it after that. It’s just an interesting medium, and I like the limitations it forces upon me. I am constantly trying to make work that transcends the medium. I don’t want people to like it only because they know it is made with tape; the tape is almost irrelevant. 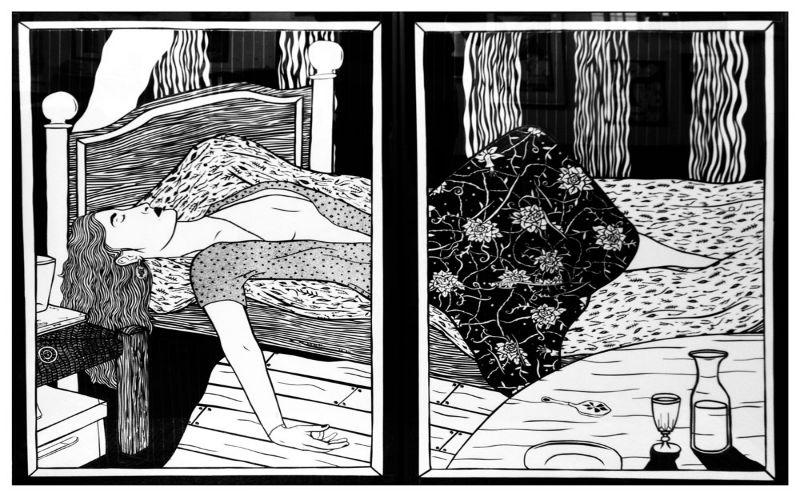 Many of your works are inspired by classic authors and poets, what is it about these figures that motivate you?

It’s more the literature and poetry that they create, rather than the authors themselves. The general feel of a novel or poem inspires me, and that in turn indirectly influences a work. I don’t attempt to directly reference my inspirations within the works, I prefer to let it creep in at the edges so that the viewers will only notice it if they do their homework. I often title my works with excerpts from classic literature, so they can only get the full effect of the work if they first find where the title has come from, and then go away and read it. I don’t want to make it too easy for them.

You’ve displayed work and curated shows in galleries across London, do you have a favorite space for holding shows? Why?

The new Tate Modern is amazing; I’d love to do a show in the new Tanks space beneath it. I also love shows that are held in spaces that aren’t traditionally galleries. I once did a show on a German Cold-War warship, which was pretty interesting. I like the idea of doing shows in spaces that have a history with which to work, as opposed to a perfect cube of soulless white plasterboard. 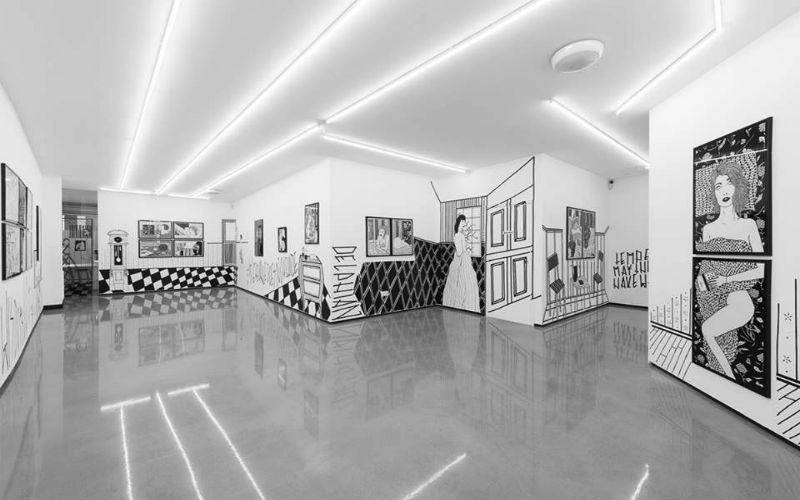 Gym and breakfast, then a nice walk along the canal with my girlfriend to sit outside a cafe reading or writing. Quick look round some galleries and back to the studio for a few hours drawing and some Mexican food. In the evening we’d head out to a show opening at a gallery with all of my friends, at which I sell loads of work, so we celebrate at an after party at some dingy pub. Either that or just 14 hours drawing in my studio listening to some really heavy music.