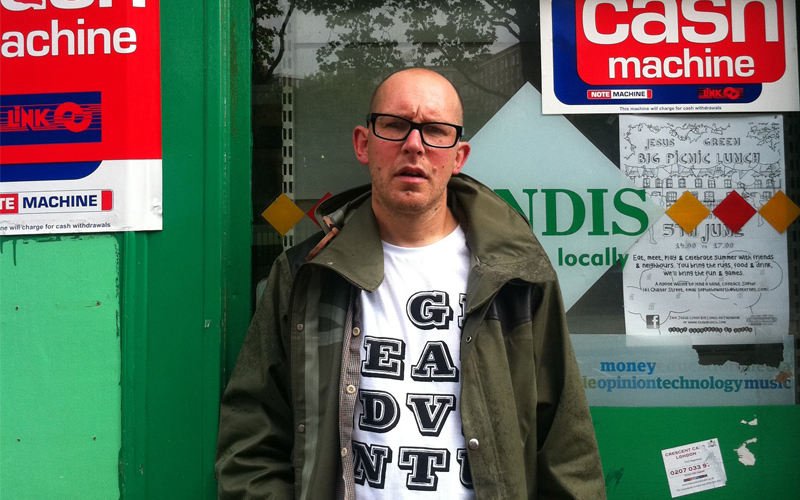 You can not miss the work of this street artist and graffiti master, as one of the most celebrated London artists, his giant letters adorn the walls and shop-shutters across London. Now this legendary street artist turns his art into neon with first showcase at Lights of Soho, meet this week LDNER, Ben Eine…

I live in Peckham. The area is diverse, cosmopolitan and interesting. Just walking down the road I’ll hear 5 different languages in 5 minutes. Alongside that, they’ve got some great pubs too – I’ll spend quite a bit of time at The Hope or The Victoria.

Tell us about your show ‘SOHO RIOT’ at Lights of Soho on the 20th April till 21st May..

It’ll be the first time I’ve worked in this medium. Realising my 2D neon font into a three-dimensional works of art is what interests me, plus I’ve always enjoyed working with Frankie, from Moniker Projects. We’re also releasing SOHO screen prints with a super heavy hit of gloss to compliment the RIOT prints I released a while ago through publishers Elephants & Castle. These prints look amazing, I’m really happy how they have turned out. 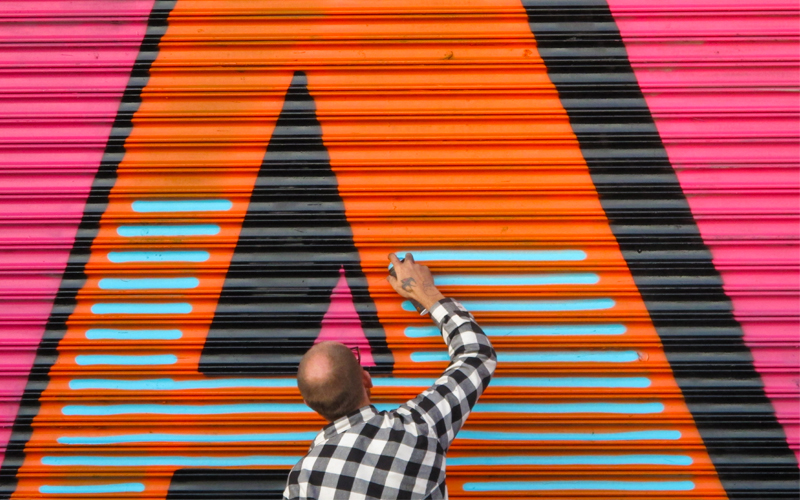 Does living in London has an influence on what you do, your art?

Yes it totally does, it is the greatest city in the world as far as I’m concerned and I can’t believe that I’ve been living in California for the past 3 years. I’m so glad to be back, London is inspiring, unique and it’s my home.

What are some of your favourite arty spots in London?

The Serpentine, Tate Modern and Ebor Street are my usual spots. There’s always something interesting on display between the art and projects that go on. If you go during the week it’s a great way to step away from the busy streets and get a little peace and quiet too. 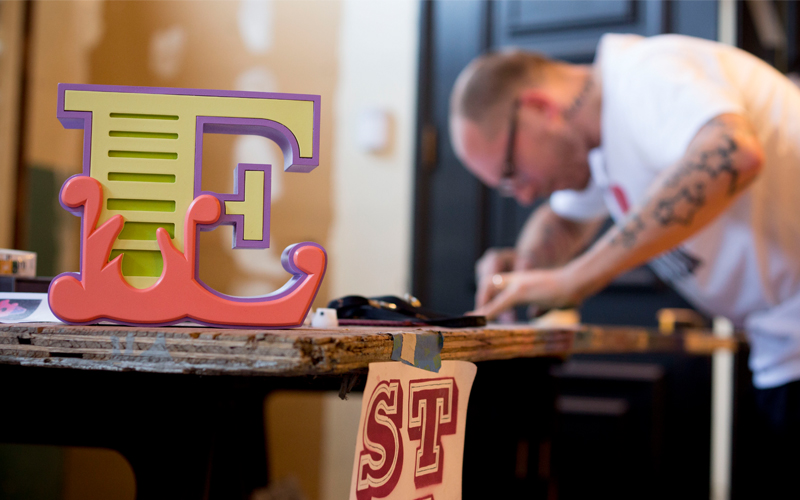 Waking up and heading straight to lunch with my girlfriend and Vivienne Westwood. She’s a true Londoner. To me her style and attitude defines what London is about. Where we go would be up to Vivienne, it’s my treat. Later I’d go have dinner with Joe Carré … with a few drinks during and after.