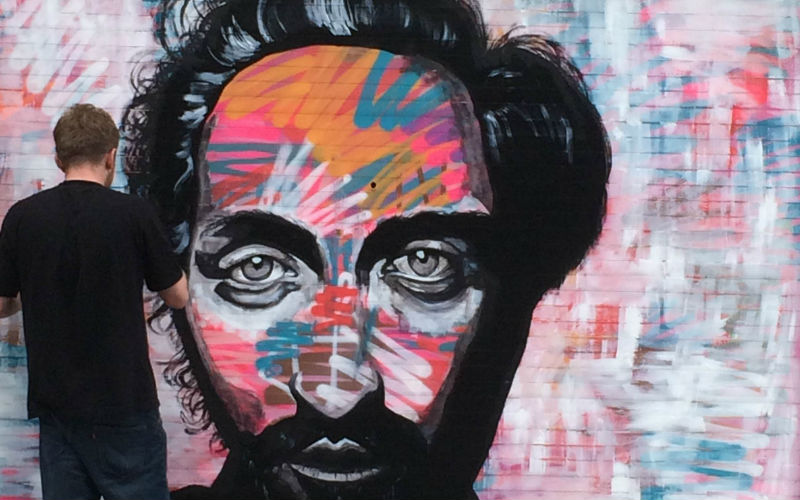 Where in London do you live and what do you love about that area?

I live in Bethnal Green. There are a lot of things I love about the area. There are some amazing pubs and places to go out. Victoria Park is just down the road. It’s a great area for street art as well. Pretty much anything you could want is within walking distance and some great people live there.

You had your first solo exhibition at the Old Truman brewery at the back end of 2015, what was that like it?

It was really good. Very happy with how it turned out and the response it got. It made all the hard work worth it. Over the past few years I’ve put on smaller pop-up shows and the success of those led to me being able to put on the show at The Old Truman Brewery, which is my largest show to date. I decided I wanted to put the show on independently, which gave me complete control over how it would look. It took about six months to arrange everything and produce all the paintings. I had twenty-two paintings, varying from 30×20 inches to 8ftx8ft, which were all produced specifically for the show.

I really enjoyed the whole process of putting the show on myself. It was very stressful at times, but worth it in the end. After spending six months in the studio and being the only person who had seen the paintings, it was good to see people’s reactions and to get their feedback. Working in the studio can make you feel quite isolated at times, as you spend long periods on your own. That’s one of the reasons that painting on the street is so enjoyable, you get to meet people and see their response to your work immediately. Putting shows on independently is definitely something I’d like to do again in the future.

How did you first get into Street Art?

I got into graffiti when I was about 13, but quickly realised that letters weren’t really my thing. I started experimenting with painting portraits and doing wheat pastes and it’s all developed from there. In the last couple of years I’ve been doing more legal walls, which give me more time to concentrate on producing the piece rather than worrying about having to run away!

What have you got coming up?

At the moment I’m sorting out plans for this year and finishing off a few commissions from the show. I’m in the process of organising painting walls in a few different countries. I’m off to New York for a few weeks in June to paint walls in Brooklyn, Queens and Soho, which is very exciting. Then hopefully a few places in Europe as well. I’m painting at City Of Colours Festival in Birmingham next summer, which is a big street art festival. I’ll also be painting some walls in London throughout the year. I’ll be doing a show in Paris, as well as another show in London towards the end of 2016. I’m currently juggling the logistics of fitting all of this in. 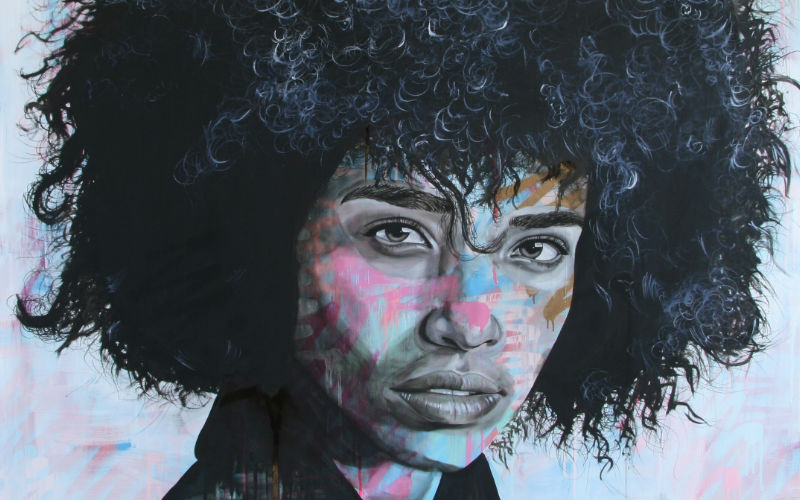 What are some of your favourite street art creations in London?

A lot of my favourite pieces have gone now. I was a big fan of the Rone and Alexis Diaz pieces on Hanbury St. There are some amazing pieces still going. I love the Borondo piece in Hackney Wick, the Conor Harrington on the Tramshed doors and Ben Eine’s ‘Scary’ piece.

My perfect day in London would probably either be painting a wall somewhere or spending it in some of the pubs near me. Preferably painting a wall, followed by the pub! I like spending time at The Approach in Bethnal Green and Pub On The Park in Hackney. My perfect day would also have to involve some sort of food so I’d either go to Tina We Salute You in Dalston, Patty & Bun in Hackney or Dishoom in Shoreditch. I enjoy painting all over London, but my favourite area would have to be East London. I like painting anywhere where you get to meet a lot of different people.