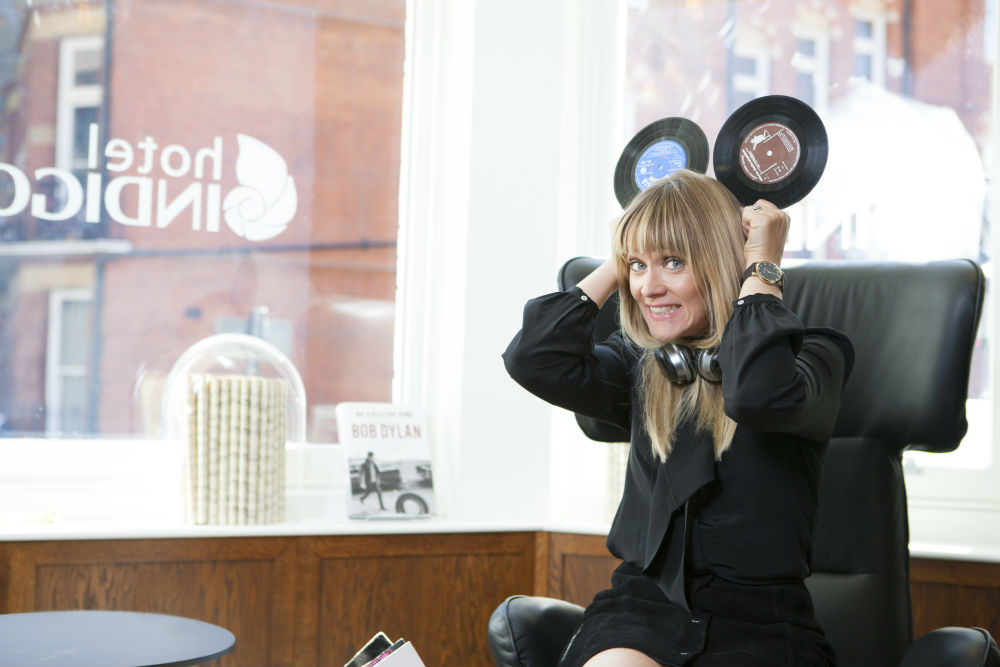 Where do you live in London and what do you love most about that area?

I live in north London and have done for over 10 years. For me there are so many things I love about my neighbourhood. The location is fantastic, it feels like a village and is within walking distance of the huge green space of Hampstead Heath, but it is also very close to the centre of town, which is perfect for me in terms of work. I know so many people in my area and have local shops that are my regular haunts, from coffee shops to a butcher and newsagents. There’s something very warming about knowing people who live around you. I’m also within about 10 minutes walking distance of some the best music venues in London from The Roundhouse to The Barfly, The Forum and Electric Ballroom to Tufnell Park Dome.

What’s the best thing you love about your line of work on a day to day level?

I’m very lucky with work at the moment as I get to enthuse about my two main passions, music and film through the various projects I’m working on. I’m also very keen to continue to challenge myself, whether that be through writing another book or developing more of my own programme ideas for both Radio and TV. I’m also developing my photography further, which I enjoy very much.

I recently started a new radio show for BBC Scotland called The Quay Sessions and we record it every Wednesday on our stage overlooking the River Clyde. The show is 2 hours of live music and it goes out on the radio on a Thursday night and it’s also filmed. We have had so many fantastic bands and artists on so far this year, including local names like Rachel Sermani, Siobhan Wilson, Broken Records, Adam Holmes, Linden and C Duncan. We’ve also had others on the show, including PSB, Jack Savoretti, Texas and Will Young to name a few. I love every minute of it. 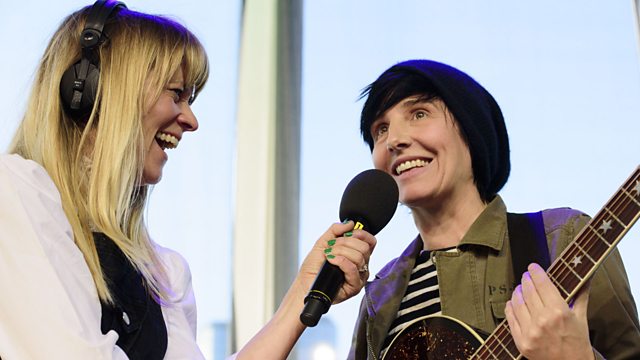 There has always been a gravitational pull for me with music, even from when I was a child, so to surround myself with it and get to meet and talk to so many artists is a dream really. There’s nothing I’d change, I count myself very lucky. Above anything else, music has always had a strong influence on me in so many different ways. Having music around you is like having a constant companion wherever you go!

What personal experiences, feelings and inspiration did you capture in your London Sounds of the Neighbourhood playlist?

It’s been a really fun process curating all of the playlists, but also quite difficult as choosing just 15 tracks for each is near impossible for me! Each is inspired by the sounds from the local neighbourhoods so it’s been really interesting. I didn’t just want to focus on artists from each area but also factor in musicians and bands that I have watched perform live at venues in the neighbourhood and the memories I have of artists and music.

For example, for the London Kensington playlist, I watched Coldplay play at Earl’s Court Stadium for the first time which was incredible and will always stick with me which is why ‘Amsterdam’ is in there. You’ll also find Kasabian’s ‘LSF’ because I saw them play in Notting Hill Arts Club at the start of their career with about 12 people watching them before they released their debut album. I have a lot of memories from that place watching bands at the start of their careers. You may find it odd to hear The Chemical Brothers in there but they were a big part of the music scene for me when I lived near Portobello Road and will always represent part of my personal journey in that neighbourhood of London. 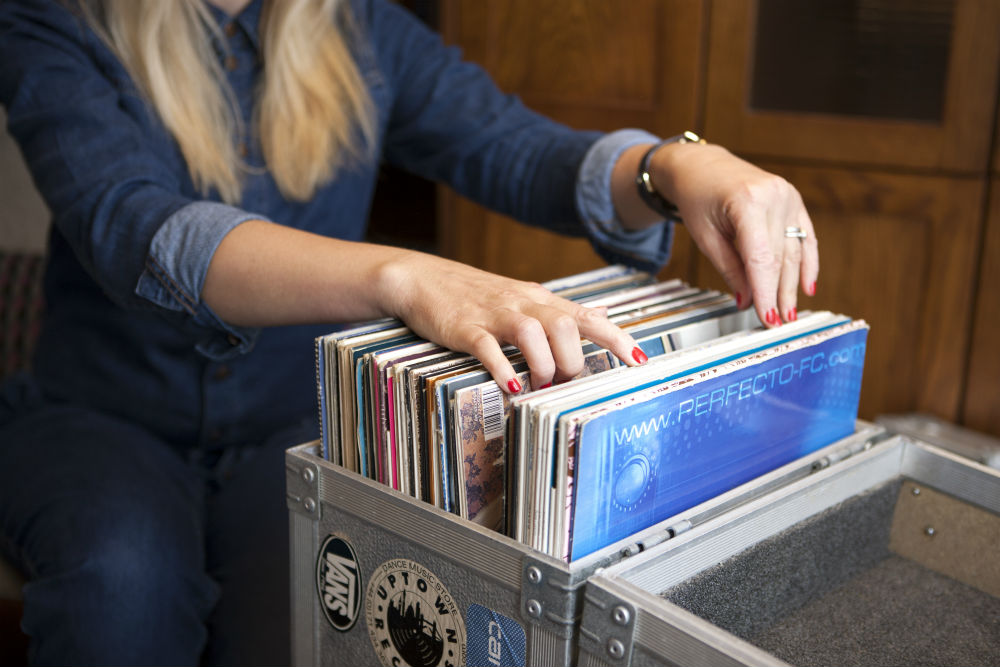 Creating the playlists not only allowed me to get excited about the bands and artists I already know about in each city, but also let me delve into the diverse range of sounds produced by the artists from a fresh perspective. I think music can have a powerful influence on a neighbourhood but equally be influenced by it. We know from the study we carried out that one in four people claim their music tastes are inspired by their local area so it’s great to be championing music in this way with Hotel Indigo. Whether it’s a new track from an emerging artist or an iconic song from decades earlier, music will always generate a special energy and tell a unique story about an area.

New music for me is not just about a brand new band but about established artists who are back with new music, I think people can be too driven by new stuff. It would have to include:

What would be your ‘perfect day’ in London?

Brunch with my boys somewhere after a walk on Hampstead Heath in the sun. I like the weather at the moment when it’s so cold you can see your breath! I also really enjoy going to the cinema to watch a film then food at either my local pub The Stag or Pizza East with the boys before we get them home for stores and bed. I then often head out to meet friends for a gig.

What can we expect from the Hotel Indigo Sunday Social you are hosting in London on November 1?

You can expect it to be a lot of fun! I’m looking forward to performing alongside Jazzie B. Above all, it’ll be a chance to get together with friends and kick-back on a Sunday with the help of a delicious roast dinner and live music. There is something quite magical about Sunday afternoons; the pressure is off for one more day and, for me, it’s about investing in your time and spending quality time with friends whilst doing something you all enjoy. The idea of having nice food, great music and catching up with people sounds perfect to me!

In fact, a study I’ve carried out with Hotel Indigo shows that people are socialising on a Sunday more than ever before as it makes them feel more positive about the week ahead. That’s exactly what we want to achieve on the day. Come down and join us! 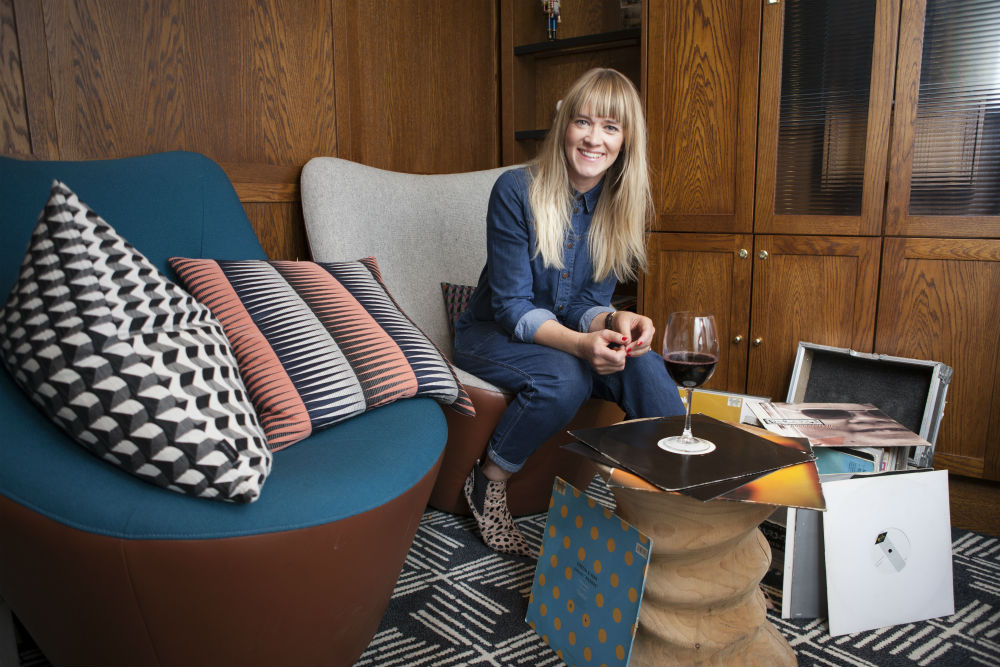 And there you have it, a look into the London life of Edith Bowman. Edith has launched Sounds of the Neighbourhood with Hotel Indigo. Experience the live DJ sets from Edith, Dave McCabe (formerly Zutons), Mylo (DJ / Producer) and Soul II Soul legend, Jazzie B at the free Hotel Indigo Sunday Socials in Liverpool, Glasgow and London Kensington throughout November. Visit www.hotelindigo.com for more information and to listen to their neighbourhood-inspired playlists.