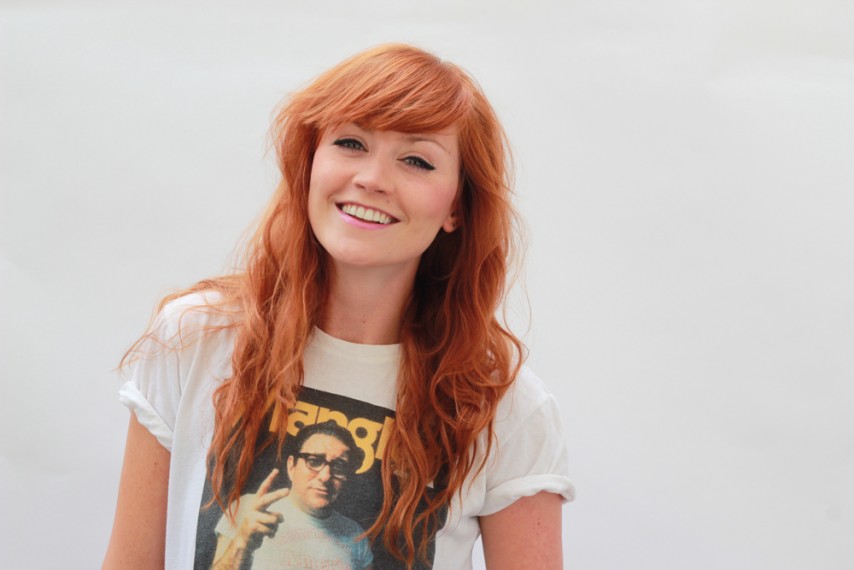 I currently live in Bow, East London in an old Match-stick factory. I love it and have been there for nearly two years now, there are loads of cat’s and a gym and even a little in house curry restaurant. I’ve lived in London for 11 years and have lived most areas except West, I’ll never live West. Being in Bow I’m right next to Victoria Park which is my favourite place in London. I often run around the park and also Stratford Picturehouse is only up the road and it’s a lovely old crumbly cinema that won’t cost you a fortune to watch a film (unlike the Vue inside Stratford Westfield…) there are loads of good local pubs in particular The Victoria which is technically in Mile End but only ten minutes walk from my flat…they do the best burger in London.

What summer fun have you got planned in London?

Summer is a conveyor belt of festivals all over the country for me, yet that isn’t stopping me from hitting Loveboxx and the new Citadel festival recently. I’m a huge Bombay Bicycle Club fan (headlining Citadel) and Rudimental who are headlining the Friday at the LoveBox both gigs will be homecoming gigs for the two London based bands so I think it’s going to be a pretty amazing weekend. Usually if it’s sunny, I hit London Fields with friends for BBQ fun, The People’s Tavern beer garden which is on the edge of Victoria Park and The Crooked Billet in Clapton for drinks in the sunshine. I also love cycling to and from work when its sunny, as that is the only time I can trust myself not to have an accident! 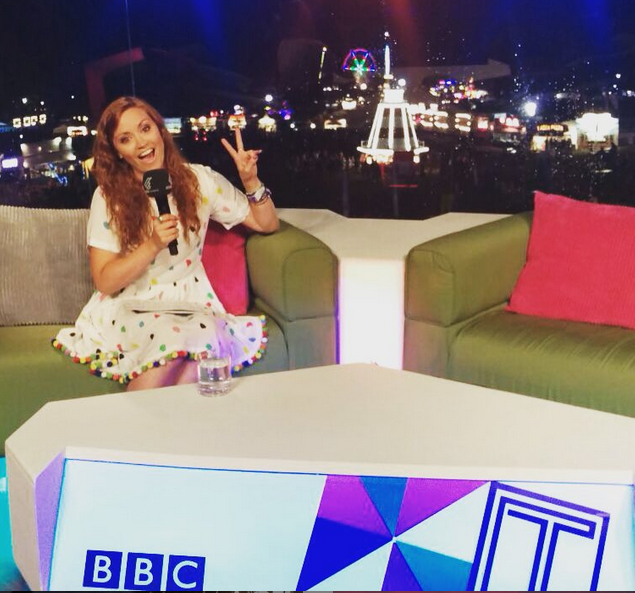 We’re in the midst of festival season, what have been your highlights so far?

My festival season started with the new venture from Rob and Josie Da Bank Common People down in Southampton. Grace Jones headlined and was an absolute badass hanging off the back of a golf buggy en route to the stage for her set. She was amazing and performed “Slave to the Rhythm” whilst hula hooping from beginning to end which is a moment I will never forget. Since then it has been British Summer Time in Hyde Park for The Strokes, Blur and Kylie, then straight onto Glastonbury where I was hosting the West Holt’s Stage, Ibiza which I experienced for the first time for Ministry of Sounds “Ibiza Weekender” and then T in the Park which I just covered for the BBC’s TV coverage. Still to come, I’ll be hosting the mainstages at Camp Bestival and Bestival the latter being my favourite festival out of any other. The fancy dress day alone puts me in a place so happy I could explode, they’ve also got Missy Elliot headlining on the Sunday which I am ridiculously excited about! Can you imagine the crowd when she drops “Work It?” OOFT.

As the drive-time host, what are your top ten tracks at the moment?

Top Ten tracks are all summer anthems, ones that you will love hearing, on the beach,in the club, at a festival here they are…

Disclosure – Bang That
The minute I heard this track I was obsessed and I’m not the only one. I’ve already seen Hannah Wants and Annie Mac both drop this into their DJ sets even though it was never an official single. Their second album is due out in September and they’ve been working with some massive names such as D’Angelo and Gregory Porter and this track is the perfect banger to get the party going.

KDA – Rumble (Shadow Child remix)
My friend always says she hates songs without words but this one managed to sway her. Proper summer groove house number with some brassy basslines and almost industrial layers. It’s guaranteed to get my shoulders popping up and down and my feet itching for a dance.

Kokiri – Turn Back Time
One of the first tracks I championed on my show and its still a beaut of a summer anthem, proper sunshine Ibiza vibes which always makes me wish I was dancing on a beach somewhere as the sun sets over the glorious ocean..

Pep and Rash – Red Roses
An absolute beast of a track, the only track this summer to firmly plant my bassface on. It starts off quite quiet and apologetic then BOOM the line even says “and then it hit me” and boy does it.

David Zowie – House Every Weekend
Currently sitting pretty at the top of the charts it is the summer anthem of 2015 and I’ve heard people singing and chanting this in groups at festivals constantly. Hook laden sing along hit which is currently on everyones playlist.

Martin Solveig – Intoxicated
I was recently over in Ibiza and the one guy I really wished I had seen live in one for the super clubs was this dude. This track has the best sound ever which is basically a high pitched “wooooo” but it drops just at the right time and when I heard it in one of the bars in Ibiza my mate was shazamming it straight away. Fun can only be had when this track is played!

KC Lights – No No No
This track dropped about a month ago and it has become an underground hit. It comes from newcomer and fellow Scot Kerr Slaven and is the perfect house track for people who say they don’t like house then hear a track like this one and love it.

Oliver Heldens – Bunnydance
Purely so you have an excuse to bunny hop on the dancefloor. Added bunny onesies are a bonus.

Foals – What Went Down
My inner indie chic couldnt forgive me if I didn’t put a bit of guitar in this party playlist and this new track from the incredible Foals is everything guitar indie rock and then some.

Will Smith and Jazzy Jeff – Summertime
No reason needed – you know its right. 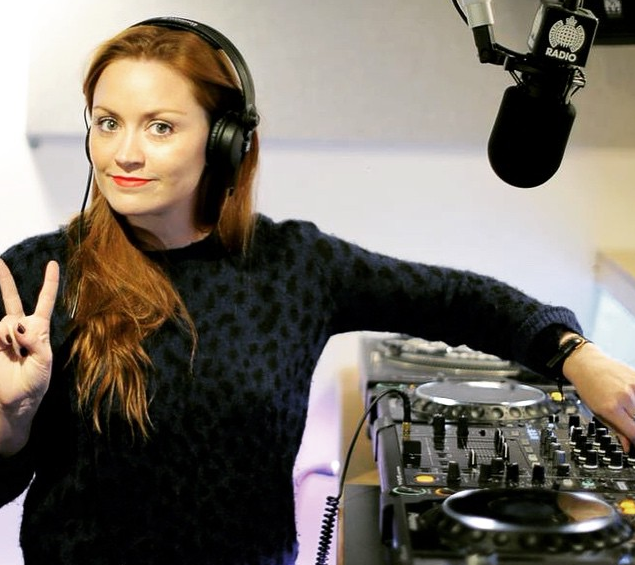 I’d get up early and go for a run around Victoria Park, stopping off at Pavilion Café for a cheeky flat white and eggs royale (once I’ve finished my run obviously) then have a walk up the canal to Broadway Market to check out the stalls and maybe have a Bloody Mary or Virgin Mary if it is still too early for vodka! Head to London Fields and Pub on the Park to hook up with my group of mates and chill out in the sunshine. Jump a bus to Clutch just off Hackney Road for their Parmesan and lemon chicken goujons, maybe with a cheeky hot ‘n’ spicy chicken wing on the side and then finally hit a bar such for some delicious cocktails and then head off to Dalston for a dance or else The Dolphin if we’ve crossed the point of no return and I’m not even ashamed to say I have frequented that place on far too many occasions!