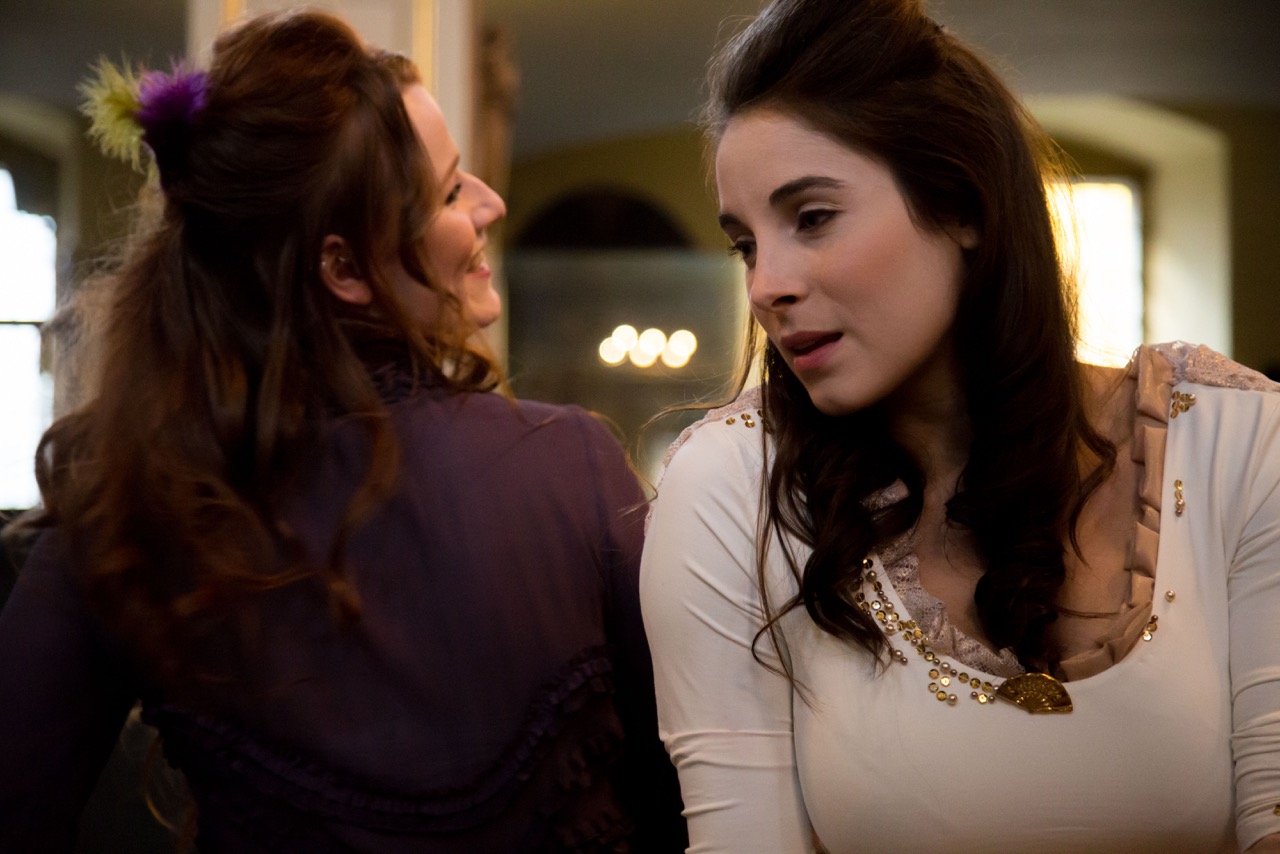 I live in Fulham. I moved here while I was training as an actress at LAMDA, because it was convenient. But I’ve stuck around because I’ve completely fallen in love! It feels slightly rural, which I love, and it’s the best of both worlds in terms of luxury and convenience. Anywhere that has both a Wholefoods as well as a super cheap fruit and veg market and a pound store is completely up my street.

Tell us more about Go People Private Theatre? How did that idea come about?

The idea actually came about because we have a patron whose living room has a raised bit of floor, like a stage. I was round at her house one day and she said, “You should put a play on here! It’s like a mini theatre!” We decided to take her up on the idea and preview our next public show at her house for a few nights. Unfortunately we couldn’t do it there in the end, but it started our brains whirring. We still wanted to preview the play in a similar style, so we racked our brains for other contacts who had sizeable living rooms in London.

We ended up performing at a gorgeous flat that overlooked Covent Garden. The hosts made a real evening out of it, with drinks and canapés on their roof terrace before and after the show. It felt like a huge event and the audience absolutely loved having the action right underneath their noses. The Independent wrote a feature about the experience and suddenly Private Theatre was a thing! 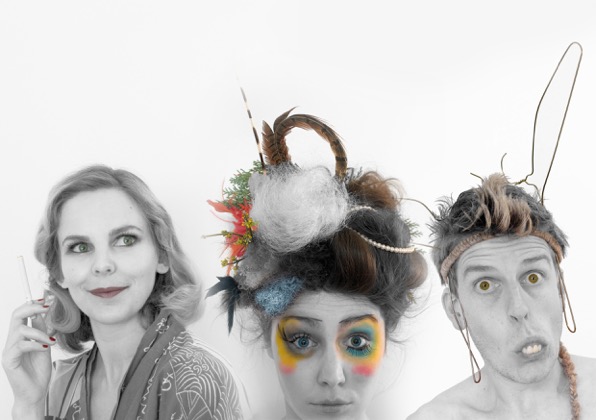 Since then we have performed in people’s gardens and drawing rooms, in some of the most stunning properties in and around London. And this summer we will be travelling to the Hamptons, USA to provide Private Theatre for clients over there.

So where do the Members Clubs come in and why should we be interested?

By bringing our productions into Members Clubs, it is a way of making Private Theatre slightly more public. It allows us to share our productions with more people and also gives our audiences the chance to see behind doors that are usually closed.

Our Members Club Summer Tour will give people access to places such as The Club at The Ivy, Home House, L’Escargot, the Hospital Club and the Hoxton Holborn Hotel. We are performing 3 plays in rep: Ways and Means by Noel Coward, A Midsummer Night’s Dream by William Shakespeare, and The Provoked Wife by John Vanbrugh. Each theatre ticket also includes either a free dinner or drink, so the whole evening becomes an unforgettable event. (More information and booking is on our website: www.wearegopeople.com) We are supported by patrons Mike Attenborough, Niamh Cusack and Eve Best, and have wonderful ambassadors at the top of their respective entertainment professions who are shouting Go People’s name from the rooftops. It’s overwhelmingly exciting!

What’s your favourite theatre in London then?

I’ve always loved the more intimate spaces (The Southwark Playhouse, The Finborough, Trafalgar Studios 2, The Park Theatre), and I love theatres that are willing to completely transform their layout if the production requires it. The Young Vic and The Almeida do this all the time and it’s thrilling (Rope at the Almeida is one of the most enjoyable things I’ve ever seen). I guess this is why my partners and I have created Private Theatre; we love intimacy and we love flexibility. 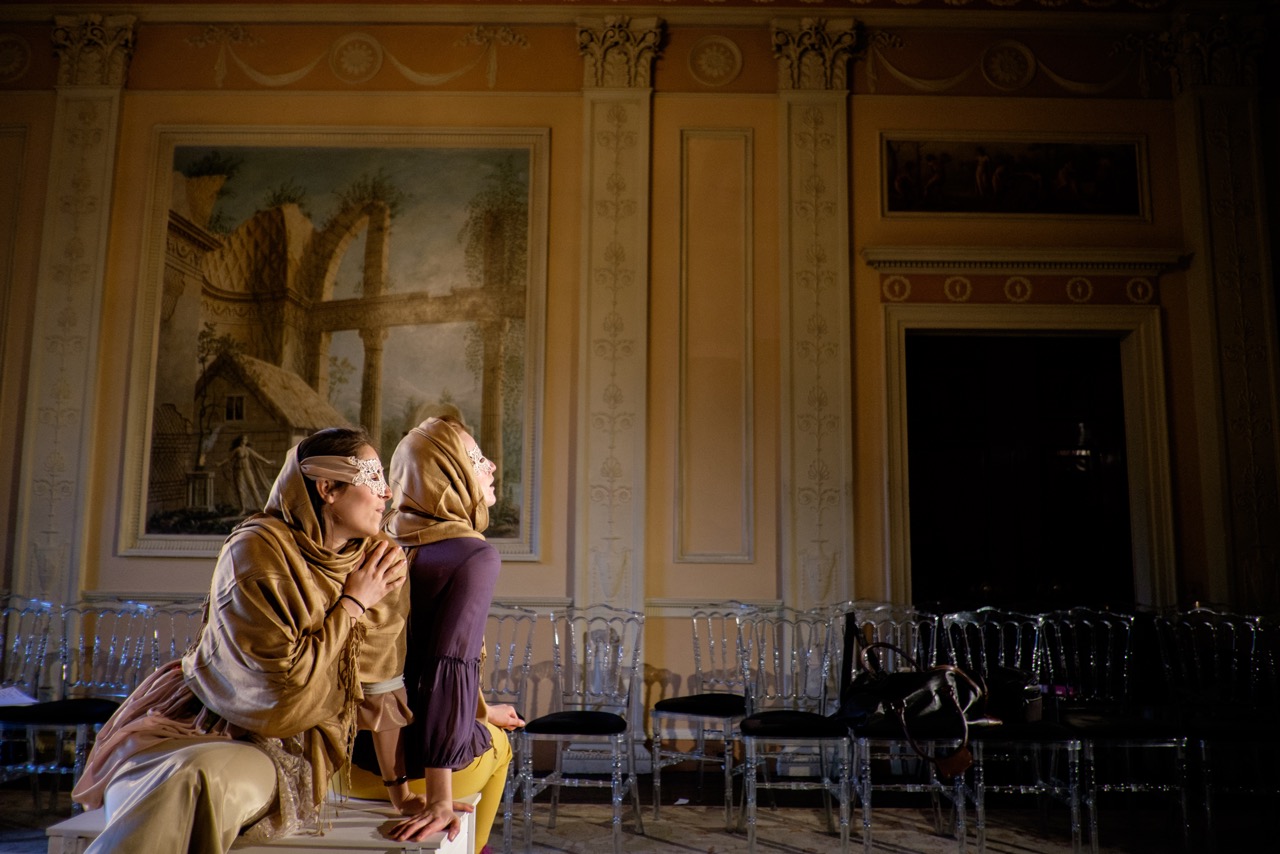 However, I think my all-time favourite theatre is actually The Old Vic. It has such an amazing history, a wonderful family feeling to it and a great bar! It was where I got my first professional acting job (The Duchess of Malfi) and I’ve been a member of the Old Vic New Voices since 2009, so I feel very attached to the building and the people who work in it.

It would start off with a nice lie-in, then I would nip to a Bikram yoga class in Parson’s Green. I’ve gone to the same studio for 4 years and I love it. Next I would grab lunch with a friend at Mildred’s in Soho – it’s a vegetarian restaurant that is appealing even to carnivores. Then I’d wander down Regent’s Street and go window shopping in Anthropologie. In the evening, I would probably choose to see a friend in a play. I love watching shows with friends in; I’m always beaming with pride at the end, and there is undoubtedly a fun night out afterwards.