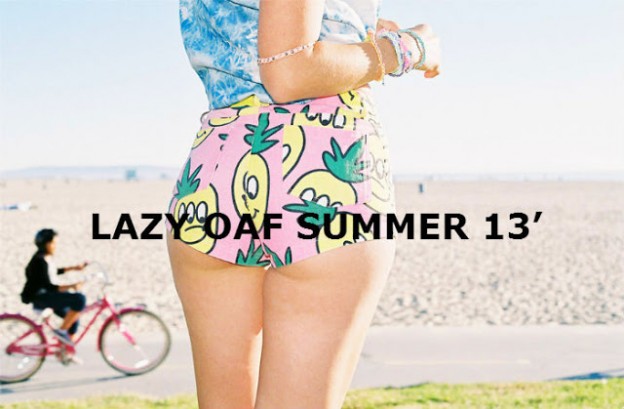 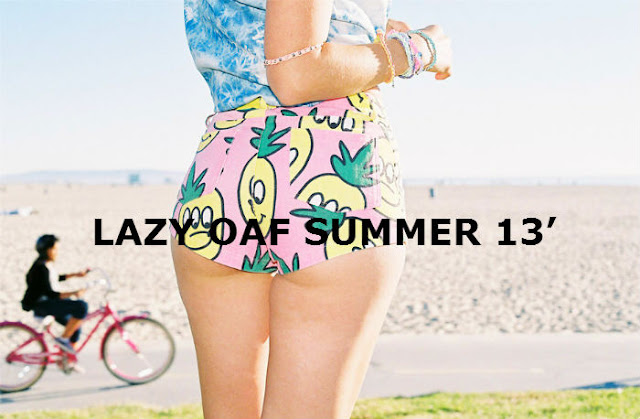 Short shorts and cropped crop tops were a big at Lazy Oafs Ganton Street store, our favourite print has to be the 3-eyed pineapple, with his cheeky smirk covering everything from jersey dresses and bum skimming shorts, to birthday cards and even cookies.

As well as getting a first look at the collection, we also had Herman Ze German outside serving up real good hotdogs, and the pleasure of some serious 90s grooves from the instore Djs Murlo, Synamatix and Dom Chung. I wonder if he knows Alexa? 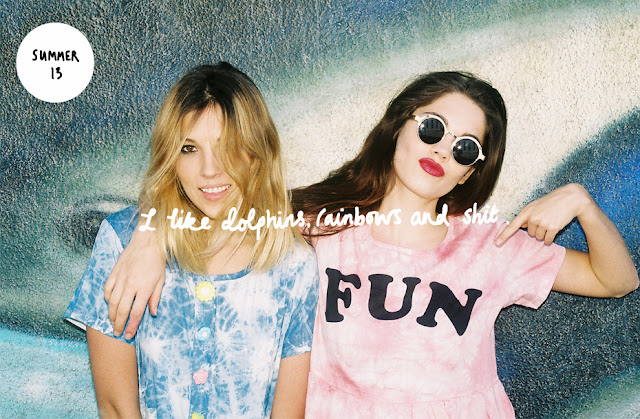 This summers collection is called I Like Dolphins, Rainbows and Shit. Shot in LA’s Venice Beach, the girls look like they’re having a right good time. For the boys, it’s pretty much the same theory, called ‘You Touch, You Buy’, shot in New York’s Soho, the collection is big and bright, in primary colours. The most vibrant to date, the paneled prints are bold, and feature surfing ducks and (non-threatening) sharks. 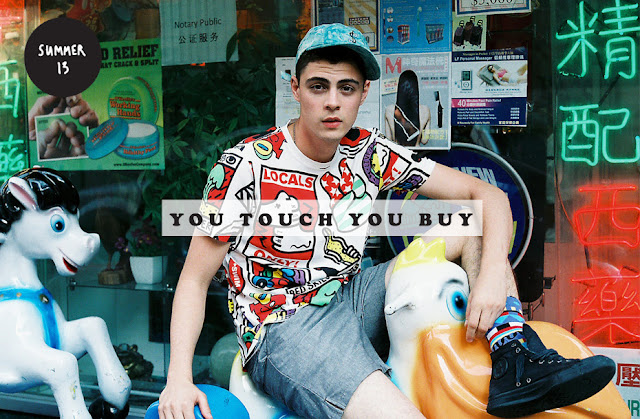 With Lovebox and Field Day coming soon, it’s time to head down to Lazy Oaf to add some fun to your festival outfit.