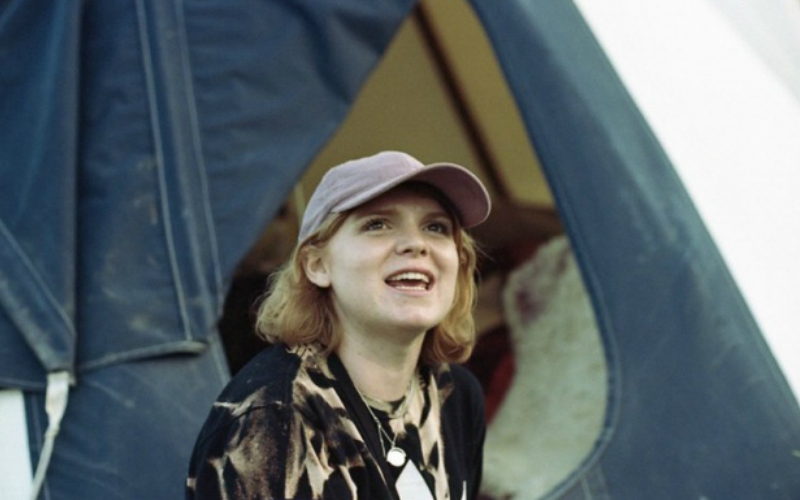 All Points East is touching down for the very first time in Victoria Park next week so we thought it would be the perfect time to find out exactly how the festival came together. And who better to ask than the booker Laura Davidson?

Depends who I’m talking to! I live in Stamford Hill but sometimes say the better known Stoke Newington or Tottenham, as it’s between the two! I have lived in Hackney since moving to London almost 10 years ago, and can’t imagine living anywhere else. Stamford Hill is the first place I lived in London, and although moving around for a few years after that (Stoke Newington, Haggerston) I have returned! Although it’s not the trendiest place, there’s an amazing community, and Clapton, Finsbury Park and Stoke Newington are just down the road. I love being close to the canal and Springfield Park is my favourite Park in London. I could go on, and do have a reputation for banging on about how much I love it but will leave it there!

How did you get started in the music events business? And what advice have you got for anyone wanting to get into the industry?

After school, I went to music college in Brighton. I was by no means a musician, but loved to play guitar and fancied a year living by the seaside before going off to university. I met some very talented people down there and would help get them gigs. I was due to go to uni to do architecture but was sat on the beach one summers’ eve and decided that I wanted to give it a go in the music industry. I called my parents thinking they would tell me I was mad, but they were very supportive and told me to go with my heart – so I deferred my place at Manchester University. I took out a personal bank loan to start my own promoting business Curlygig and somehow managed to book some great acts which I’m still proud to say I put on, like Arctic Monkeys, The Killers, Supergrass and Joanna Newsom. My advice would be to take a chance, and go with your gut. It’s important to stay loyal and surround yourself with the good guys!

With a festival and a series of standalone shows, All Points East is set to be one of the biggest events of the summer – was it always the plan to have such a big programme for the inaugural event rather than start small?

There are some amazing events in London and I have been going to most of them since moving here 10 years ago, but the vision for the event was to bring something that we felt did not exist – a multi-genre city festival with the some of the best acts. Like what Panorama is to New York and Primavera is to Barcelona. Victoria Park is one of the best parks in London and we felt like East London should be celebrated. We hope for it to be an event which people come to from all across London and much further afield.

What’s the booking process like for such a huge event?

I am working as part of a great team and we all have a similar vision for the event which has made it much easier. Although always a dream of mine, I have never booked a festival. At the beginning, it felt a bit like ‘my fantasy festival’ line-up where I was just putting some of my favourite bands in a grid. Amazingly, quite a few of them confirmed! Some didn’t, but they are already in the grid for next year!

Aside from All Points East, what’s your dream festival line-up?

Well it is pretty close! Some of the best performances I have seen at festivals over the years include Blur, Daft Punk, Radiohead and The Rolling Stones but I’m not sure if we could get any of them in Victoria Park!

I work in Central London all week, and am out at gigs most nights so by the time it gets to the weekend, I like to stay in the local area. I will go to yoga at YogaHome and for a run to unwind. I am lucky to have Walthamstow marshes and the newly opened Wetlands on my doorstep, so I tend to put my headphones in and head off on an explore. I am originally from Hampshire and it’s close as it gets to being back it the countryside! I love pottering round the markets – Broadway Market on Saturday and Columbia Road on Sunday and hitting the shops on Stoke Newington Church Street, HUB being a bit of an addiction of mine. Most of my friends live in the area, so we tend to meet in a local pub, The Shakespeare, The Auld Shillelagh and the Hand of Glory being particular favourites. I have recently discovered Clapton Country Club, which does the best Sunday Roast. When the sun is shining, there is nothing better than grabbing a paper and a picnic and heading to a park with friends, usually Clissold.