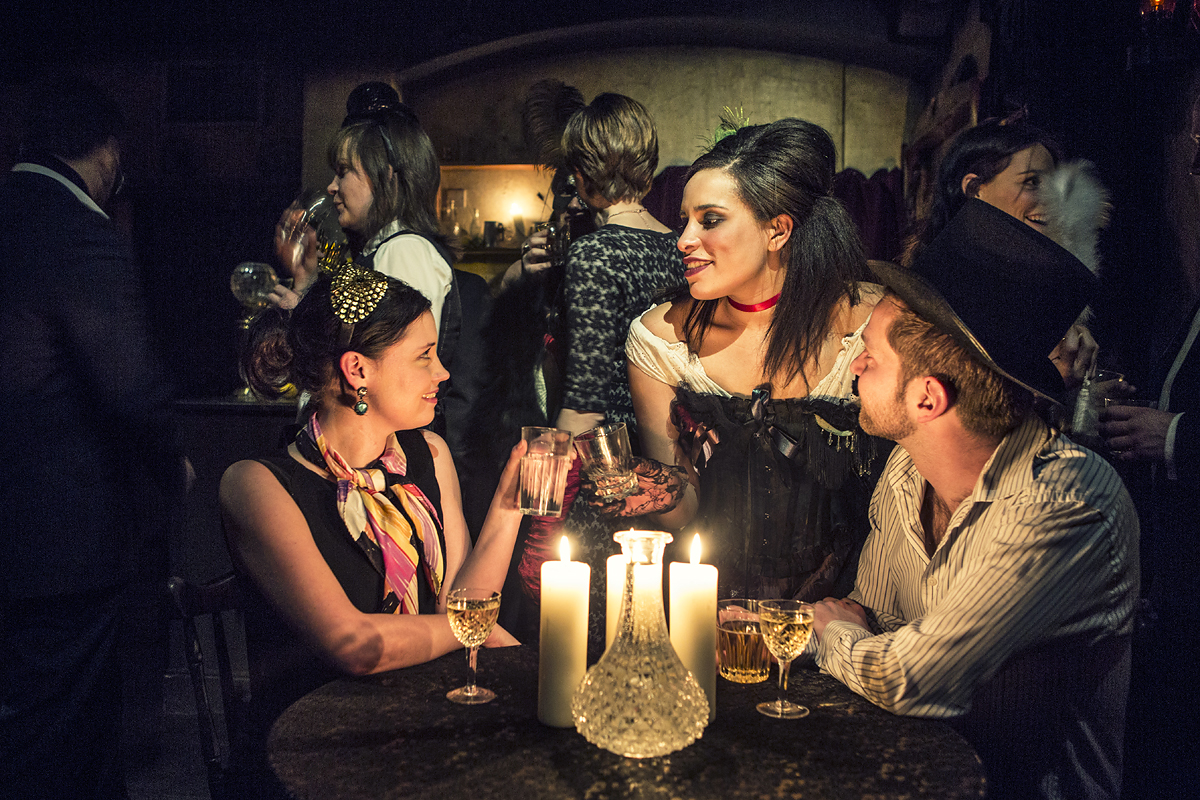 After a tough 9 – 5 in the office we were glad to arrive at the a Dungeon and led straight to the Victorian Gin Palace Bar where we were handed a cheeky gin fizz, fake tash, monocle and a feather hair clip.

Dressed like a true Victorian we were ready to hit the lift down to ye olde London Town. Taking the back streets we bumped into everyone’s favourite vintage villains including Sweeney Todd and Jack the Ripper who was hanging out at the Ten Bells down Whitechapel…as you do. 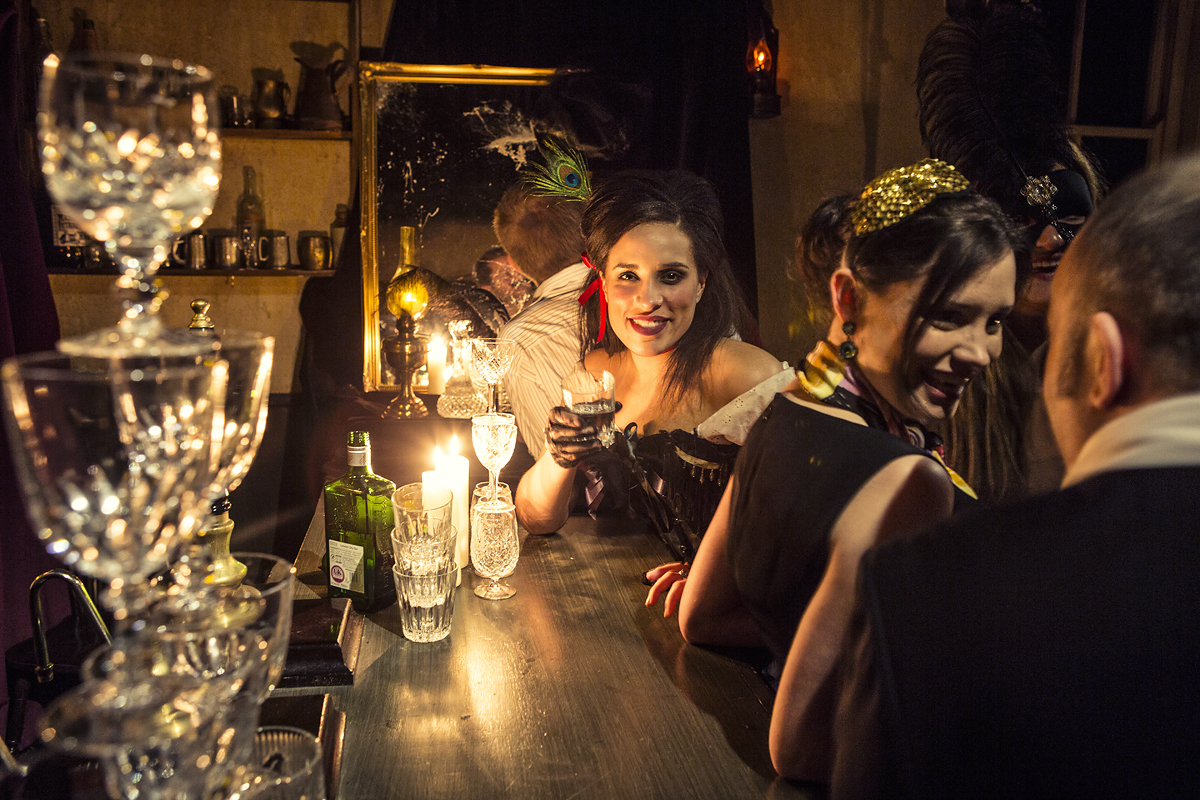 We even got to try some of Mrs Lovett’s ‘meat’ pies although probably should have asked what ‘meat’ it was – don’t want to be eating any of the Todd’s leftovers. Thankfully, there was some surprise cocktails on the way to calm the nerves, although with names like ‘urine’ best that you try them for yourself rather than take our word for it!

The tour lasted an hour and is a mash up of theatre, comedy and special effects. There was even a roller coaster at the end to really stick the knife in and then back to the pub…as the name suggests is open till late.

Tickets will cost you £40 all in (the Velvet Package) or there’s a cheaper option for £30 which includes a cocktail on arrival and an access all areas pass to the dressing up box but no extras on route. This is a good one for a date we think.