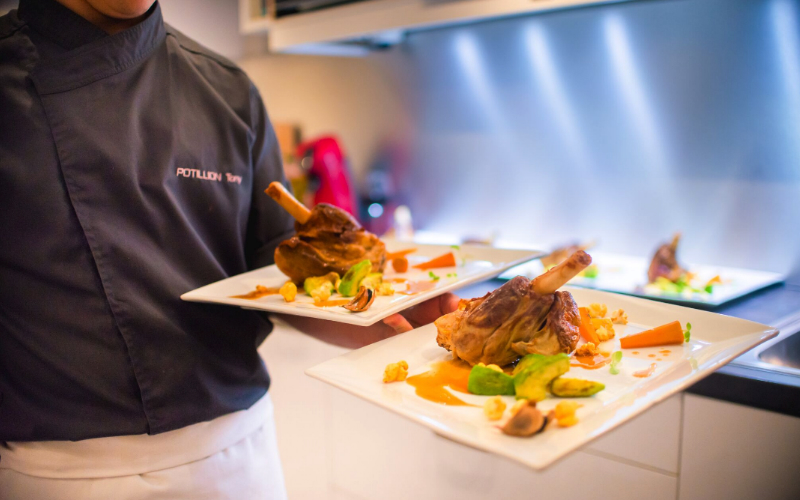 Our chefs, Yann and Graham were great and so was the Bangkok to Paris menu. We kicked off with a Gin Fizz and Hibiscus cocktail and a beautiful hay smoked prawn, orange and pistachio appetiser. I can honestly say nothing that complex has ever come out of my kitchen. A marinated monkfish carpaccio with hot and sour consomme starter was followed by sticky confit and glazed pork belly with slaw. Whilst dessert was a black sesame panna cotta and hot madeleines to finish. 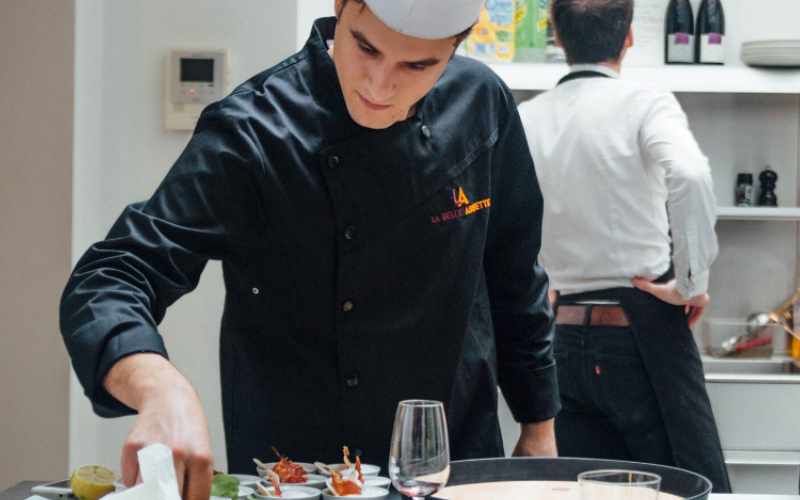 The duo even cleared the plates AND did the washing up. Serious service right there. And before you go thinking it’s well out of your price range, think again. It’s only £39 per person for 6 people. Cheap as chips and you can BYOB obvs. We think the number of fingers needed to count our cooking maybe decreasing even more now we’ve discovered this.