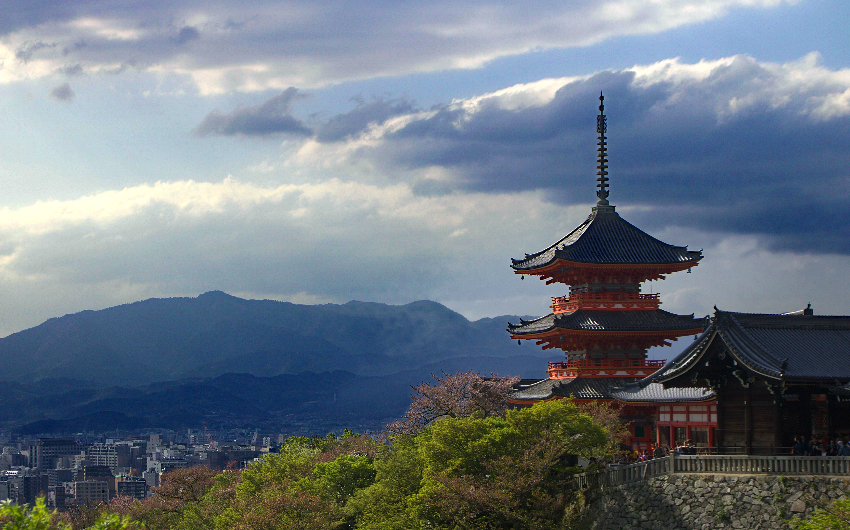 The ancient city of Kyoto is steeped in history and offers an interesting insight into Japanese traditions, temples, shrines, and food culture too. There’s so much to explore, from the famous and very beautiful bamboo forest – we’d recommend visiting at dawn to try and escape the crowds – to the monkey park and Fushimi Inari Shrine with it’s thousands of bright orange gates – give yourself plenty of time to explore here as you will get lost!

We spent two nights in the Suiran, a Mr & Mrs Smith hotel located in the beautiful area of Arashiyama, about 20 mins from downtown Kyoto, which meant we could easily explore the nearby attractions, shrines and riverside whilst also using the super helpful hotel concierge to make restaurant bookings. The restaurant scene in Kyoto varies from traditional Kaiseki restaurants to street food, but getting a rezzie is a competitive business and many won’t entertain foreigners so you’ll need the help of a concierge. Ours managed to bag us a table at Tempura Matsu, which started life as a tempura restaurant but now serves two tasting menus where tempura features as one course rather than the focus of the meal. Other courses included fatty tuna, soup served in a giant block of ice and four day old cured squid.

Our third night in Kyoto was spent in the city centre where we hired bikes and set out exploring the beautiful philosophers path which was lined with cherry blossom trees. We then walked the pretty streets up to the famous Kiyomizu Temple. This walk gets pretty busy but the streets are lined with shops selling everything from sake-flavoured Kit Kats to gold leaf soft serve ice cream as well as arts, crafts and kimonos so it’s worth taking your time and snapping some pictures. In Kyoto we had our first (and favourite) taste of unagi at Kanesho, which serves only freshwater eel and it’s small so expect a queue. We also ate delicious curry udon at Okakita and super fresh Michelin Bib Gourmand-rated gyoza at Ho Hohei.

Our final supper was at three stared Nakamura which is a super traditional Kaiseki restaurant in that you have your very own room to eat from, you sit on the floor and remove your shoes and you have your own dedicated waitresses in traditional dress to serve you. It was an experience to say the least, both the service and the food – although we’re not gonna lie there’s some things we ate that we still have no idea what they were. When in Kyoto, right?